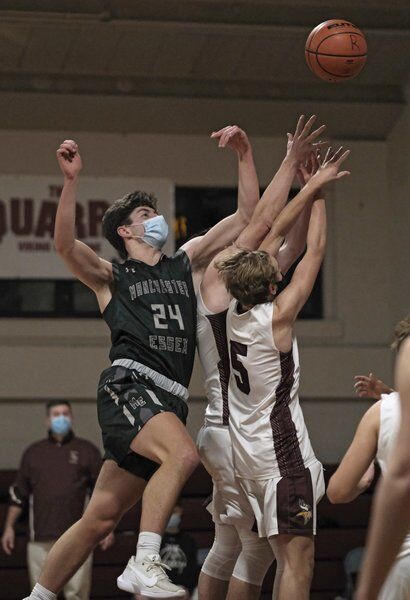 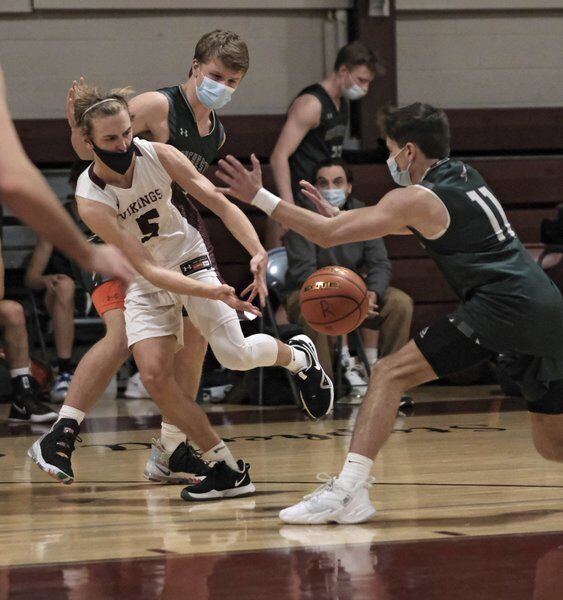 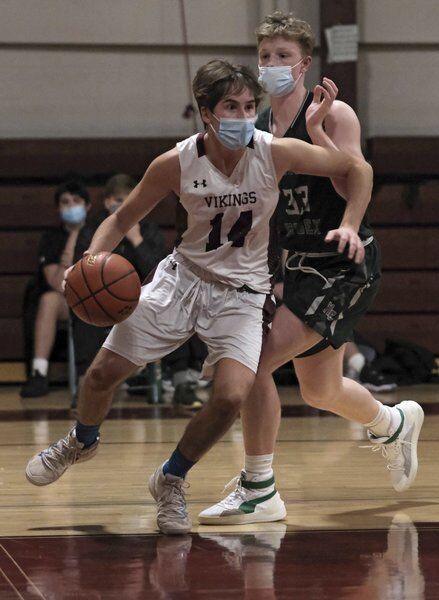 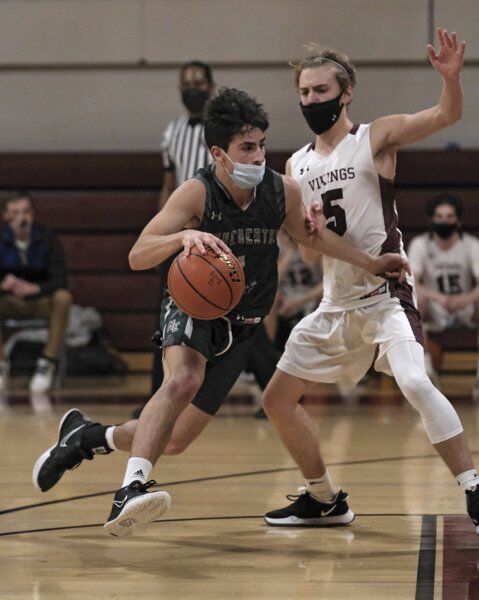 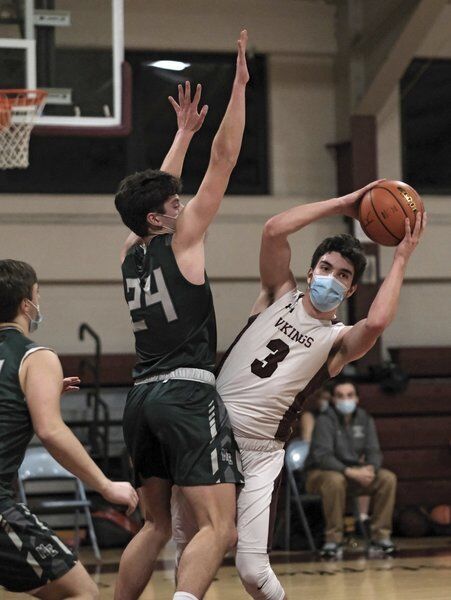 Kirk R. Williamson PhotoRockport's Austin Matus looks for an open teammate to pass off to as Manchester Essex's Frank Wood guards him in Wednesday's game at the Rowell Gymnasium.

Kirk R. Williamson PhotoRockport's Austin Matus looks for an open teammate to pass off to as Manchester Essex's Frank Wood guards him in Wednesday's game at the Rowell Gymnasium.

Throughout the season, Manchester Essex boys basketball has found success with a combination of size and speed.

In Wednesday's regular season finale, that size and speed were on full display as the Hornets scored the first 10 points of the night in a 71-38 win at Rockport High School.

With the win, the Hornets finish up the regular season at 7-3 and will move on to next week's CAL Baker Tournament while Rockport finishes up at 0-10.

"We were able to utilize our size in the middle and I liked our transition game tonight," Manchester Essex head coach Tim St. Laurent said. "It was an all around good team effort and a great way to finish the regular season."

Manchester Essex's size inside was often too much for the Vikings to handle on Wednesday night. The Hornets held a 46-23 edge in the rebounding department with Frank Wood's 14 leading the way and Jack Shaw putting together a double-double with 17 points and 12 rebounds.

By controlling the glass, Manchester Essex was able to get several second and even third chance opportunities.

"They're a big team with a big size advantage on us," Rockport head coach Phil Whitley said. "They killed us on the glass tonight."

Manchester Essex controlled the action from the start, racing out to a 10-0 lead while Rockport was cold from the field early, scoring its first point with 1:36 to go in the first quarter.

The Hornets eventually took a 16-7 lead into the second quarter and continued to extend from there. The lead grew to as much as 19 (32-13) in the first half with the Hornets heading into the break ahead 40-17, cruising to the win in the second half.

Manchester Essex spread the ball around in Wednesday's win as Shaw's 17 led the way. A.J. Pallazola had 15 and several steals, leading the transition offense. Alex Furse had 10 off the bench and Wood seven points to go along with his big rebounding numbers.

Kyle Beal led Rockport with 14 points on four three-pointers including a pair of deep ones and a buzzer-beater at the end of the third quarter. Austin Matus had 13 points and Bowen Slingluff 7.

Manchester Essex now prepares for the CAL Baker Tournament, which will also feature Hamilton-Wenham, Amesbury and Ipswich. The teams are slated to play next week, dates, times and locations TBA.