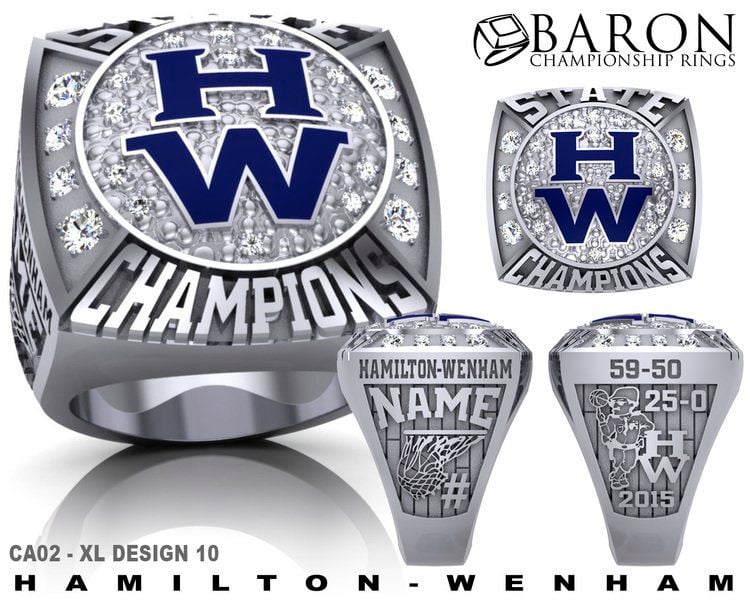 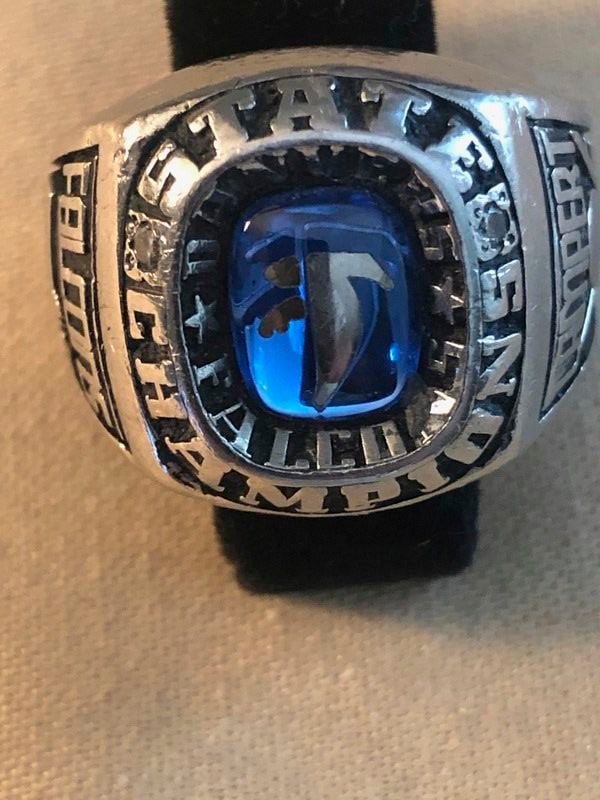 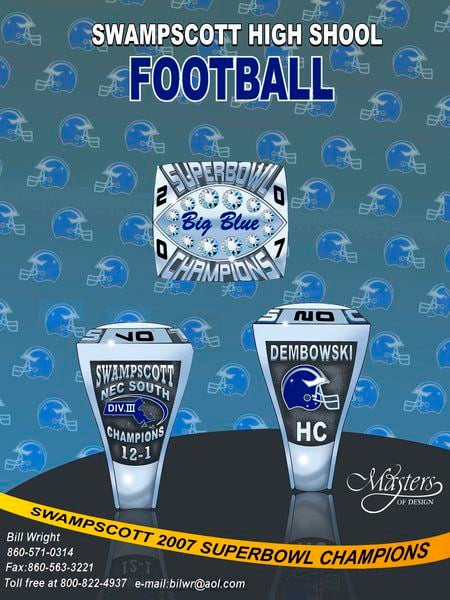 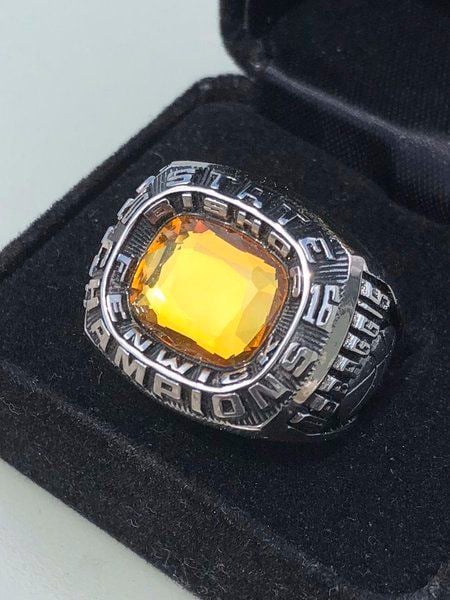 Vote for your favorite championship ring in the Round of 16 all week at GloucesterTimes.com. Today's matchups:

The Kevin Flynn-led boys hockey champs from Danvers High boast one of the most original ring designs we've seen. Besides the white gold color that matches the school's Blue-and-White scheme, there's the classic Falcon logo emblazoned along the sparkling blue center stone. Like the state title winners, this bling works overtime to impress.

The 2007 Super Bowl champions from Swampscott have a cursive Big Blue on the front stone with several shiny accents. The Michigan style navy blue-and-white helmet on one side and the blue 'Massachusetts' on the other make this one of the most colorful rings in our bunch. The NEC South conference title and 12-1 record are also noted, along with the white gold color that matches the school's scheme perfectly.

The blue 'HW' on the front here is almost as dominant as the 2015 Generals boys basketball team was on the floor. The team's 25-0 record is on the side along with a positively awesome General mascot, who happens to spinning a basketball on his finger. Another unique touch? The 59-50 final score of the state final is engraved as well. A ring 60 years in the making is fit for a king.

A simple yet elegant style for Bishop Fenwick's 2016 girls basketball state championship. One of the most dominant Crusader teams of the last 20 years earned it with a tremendous run through the Division 3 state playoffs. The school's Black-and-Gold colors lend themselves to a really nice amber colored center stone, unique among our title bling.