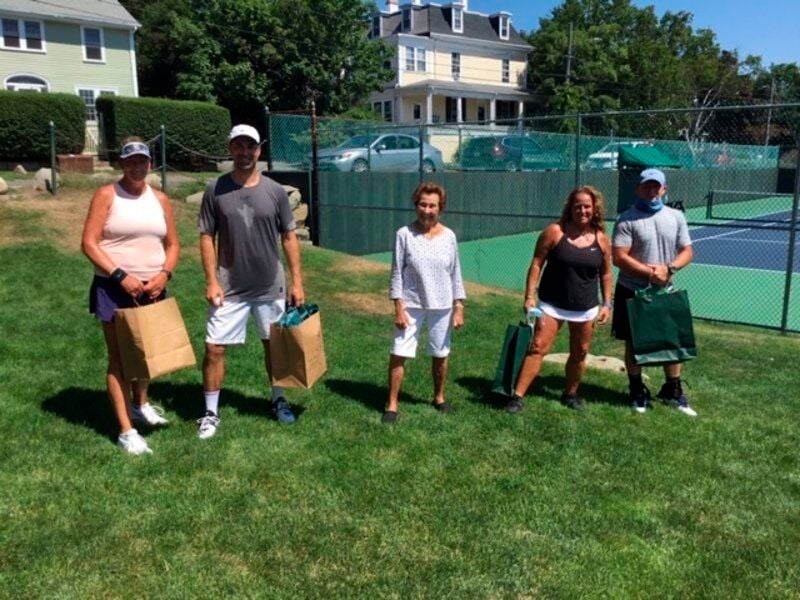 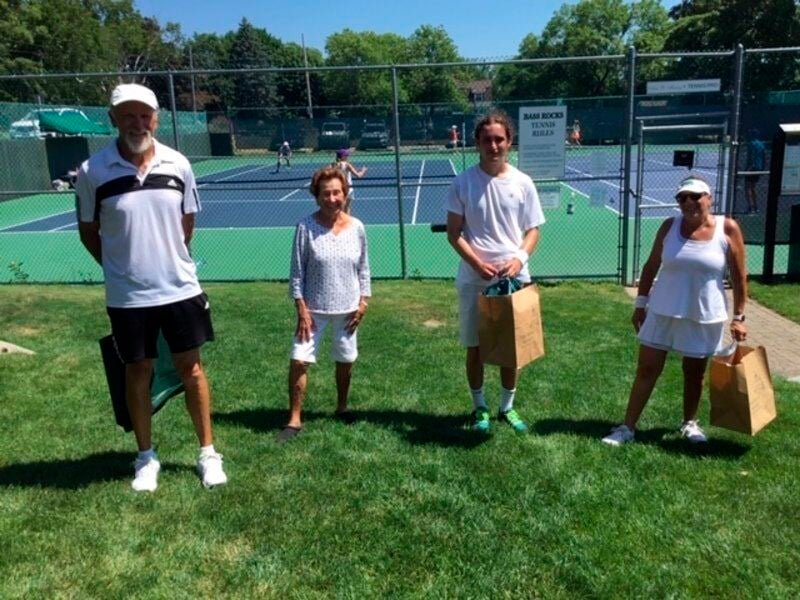 The 28th annual Jerry Blitz Memorial Mixed Doubles Tournament was held at the Bass Rocks Golf Club this past weekend, with 16 competitive A and B Flight players competing in the extreme heat.

Lynne Salah and Josh Franklin defended their title in the A Flight, holding off a strong and talented duo of Jeanne Muzio and Jim Henaghan 6-3, 6-4.

Previously, Salah and Franklin defeated Debee Kelly and Ed Frick 6-3, 6-1 in the semifinals, while Muzio and Henaghan stopped the team of David Salah and Kathy Frick 6-3, 6-0.

Sheridan and Willett held on in their semifinals match against Andy Binns and Jane Brown by winning, 6-3, 7-5. Shatford and Maver knocked off Lucia and Dean Darr, 7-5, 6-1, in the other semi.

The A flight Consolation finals were won by Anne O’Connor and Phil Mueller, who held off the strong tandem of Jonathan Bell and Karen deLacy, 7-6, 4-6, 2-1