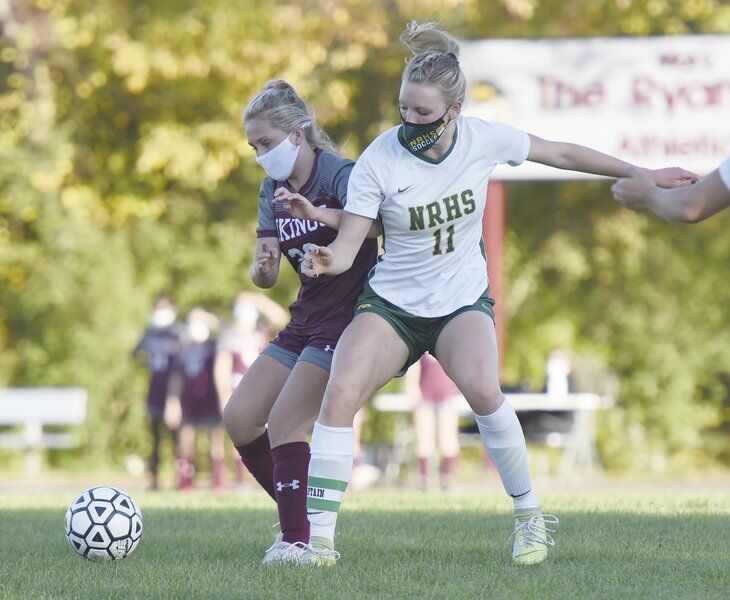 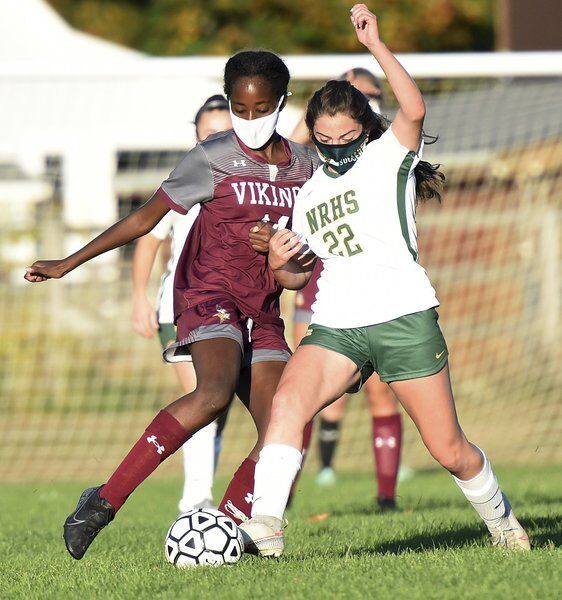 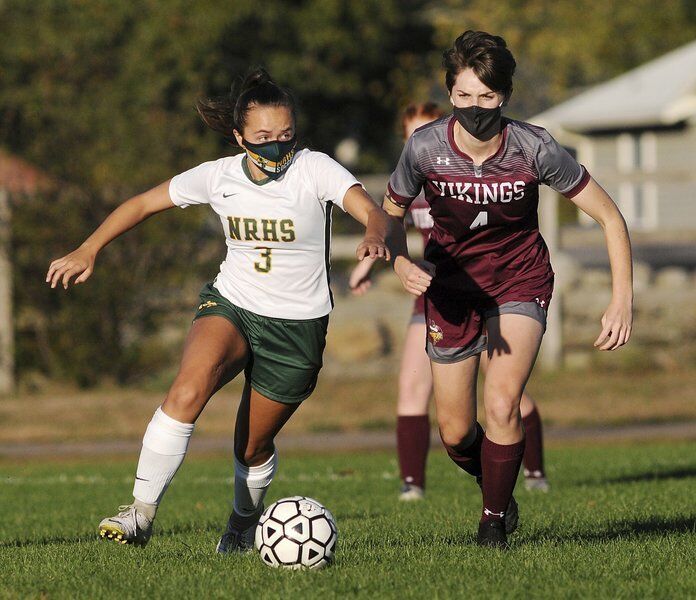 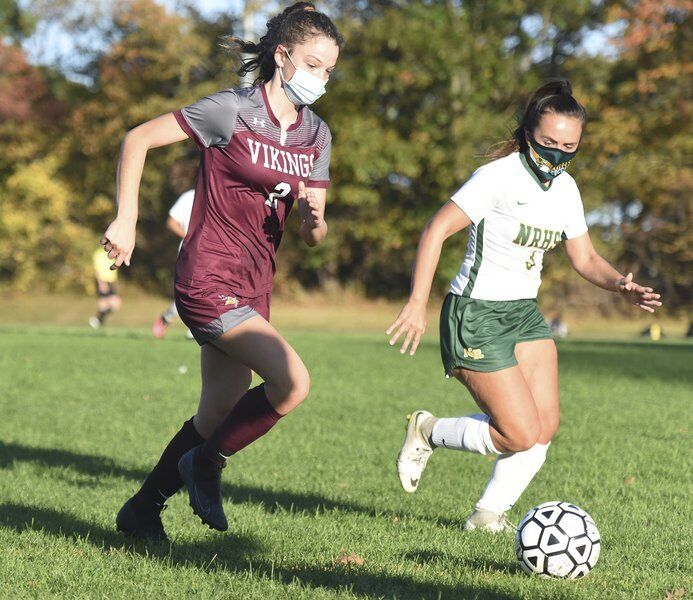 The Rockport girls soccer team was seconds away from a well earned draw against North Reading on Wednesday afternoon at Ryan Curley Field.

The Vikings hung tough all afternoon against a talented Cape Ann League Kinney Division opponent until the visiting Hornets were awarded a free kick in the final seconds of play. After a ball deflected off the arm of a Rockport midfielder, North Reading's Katelyn Gorgenyi's free kick sailed into the box and bounced around a bit before finding the foot of Madison DiNapoli, who slid a shot just inside the left post for a goal.

The goal was the game winner and came with under 10 seconds to play in an eventual 2-1 North Reading win.

"It was a tough break at the end but I'm so proud of the effort," Rockport head coach John Parisi said. "That team beat us by 10 goals last year and I thought we handled them pretty well today. We are playing soccer the way we have been building the last couple weeks and getting better with each game."

North Reading (3-1) controlled the majority of possession, but Rockport (0-4) was able to hang around all night with great defense and a standout effort from Alexa Osier (14 saves) in net.

The Hornets put a lot of shots on goal, but the Vikings backs, led by Zoe Lucido, Michelle Allen and Liz Higgins, limited quality scoring chances. Allen had the defensive play of the day, clearing a ball off the goalline in the third quarter when North Reading was threatening to extend its lead in the fourth quarter.

"Everything starts with Alexa in net for us and the backs really supported her," Parisi said. "We are playing great team defense. The goal is to limit their shots to outside shots and we did a great job of that."

After 56 minutes of scoreless soccer, DiNapoli finally broke through as she put one just inside the right post from the left of the goal to make it 1-0.

North Reading threatened from there, but several big defensive plays from the Vikings kept it a one goal game, until they tied the score in the 69th minute.

Franky Twombly put a shot towards the North Reading goal that was bobbled by the keeper and scooped up by Rockport striker Maya Churchill, who finished the play to tie the game.

"Maya used her speed to make a play and take advantage of the chance we got," Parisi said. "The constant effort and fight led to that chance."

The teams went back and forth from there until the free kick in the final seconds.

The Vikings are back in action on Saturday at Triton (10 a.m.).