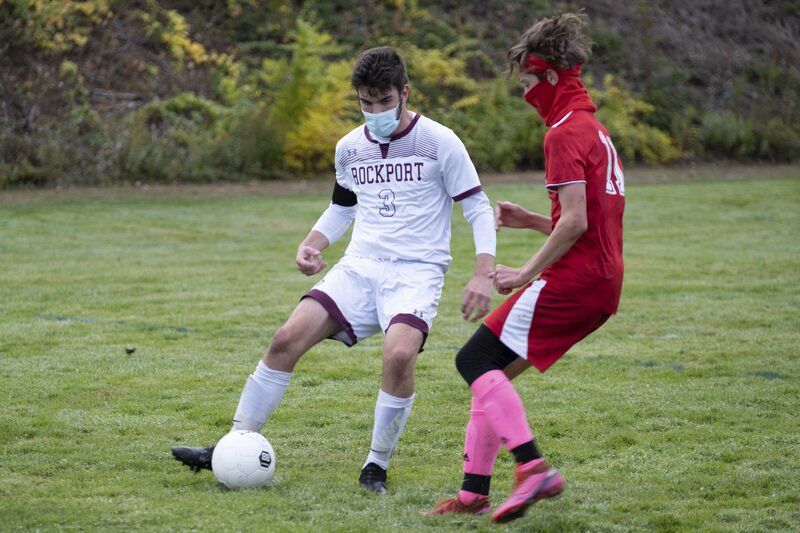 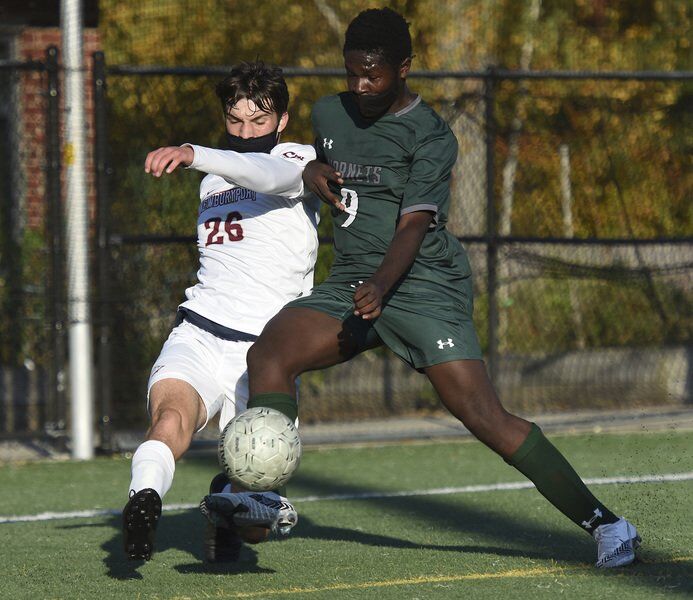 The Cape Ann League Baker Division picture got a lot clearer in boys soccer over the weekend, and the league's two Cape Ann schools have surged to the top of the standings.

Rockport has earned at least a share of the Baker Division crown after a 1-0 win at Georgetown on Saturday morning, moving to 4-1-4 with one game to play. Manchester Essex, however, is also in the race for the Baker championship as it earned a 2-1 come-from-behind win over Pentucket on the road Saturday to finish up the season at 5-3-2.

That means the league will come down to the final game of the season on Monday afternoon where Rockport hosts Lynnfield (4:30 p.m.). The Vikings, who have already claimed their first league title since 2013, can clinch the championship outright with a win or tie. The Pioneers, on the other hand, can clinch the CAL Kinney outright with a win and share the title with a tie.

The Vikings clinched at least a piece of the league with an impressive victory on Saturday morning that head coach Dave Curley called "an outstanding team effort."

The game was scoreless until 5:30 to go when junior wing midfielder Colby Kelly put home a pass from senior striker Kyle Beal for the game-winner and the lone goal of the contest.

"It was great to get one late to pick up the win," Curley said. "Georgetown is so difficult on everyone and they were still in the hunt for the league so we got their best. They did everything in their power but we were able to pull it off. It took everyone on the team to do it."

Goal keeper Camden Wheeler turned in his fifth shutout of the season and drew praise from Curley for his command of the back third of the field and the box.

Austin Matus once again anchored the Rockport defense, which was dominant all morning. Jamison Wrinn, Noah Cook and Michael Trupiano also played well in the back.

"We really got contributions from everyone on a hot morning," Curley said. "The game is usually won and lost in the midfield and we played great in that area of the field. And any time you get a clean sheet you have to credit the goalie and defense."

With Rockport's game already completed, Manchester Essex knew exactly where it stood heading into its afternoon game at Pentucket. The Hornets needed a win and a win only to stay alive for the league title, which it has won in each of the last four seasons, and they took care of business.

Trailing 1-0 most of the game, junior striker Naderson Curtis broke out for a pair of fourth quarter goals to give the Hornets a 2-1 win.

Early in the fourth, Curtis tok a pass from Mason O'Grady on the wing and got his legs cut out from under him by the keeper on a hard charge to the net. That led to a penalty kick, which he converted to tie the game.

Then with five minutes left, Curtis gathered a through ball from Jagger Nowak at the top of the box and picked a high corner for the game-winning-goal.

"Both of those goals were great individual efforts," Bilsbury said. "But the entire team deserves credit. It's tough playing down 1-0 for most of the game but we did our job and we still have a chance to share the league."

Finn Carlson and Oliver Tolo split the game in net and both drew praise from Bilsbury. The Hornets head coach also credited the play of senior Eli Hammet, who played well on the field and got the team going with his constant energy.

Jack Roberts and Emerson Kahle led the Manchester Essex defense while Tommy Bowen had a good game in the midfield.