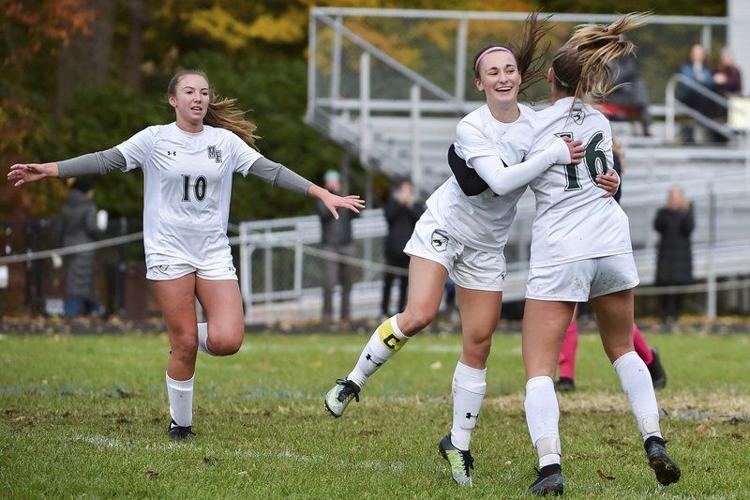 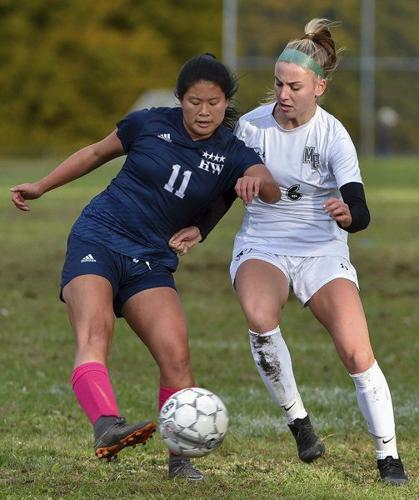 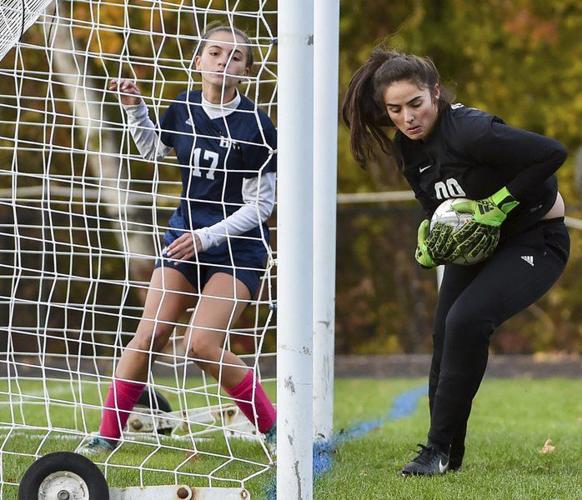 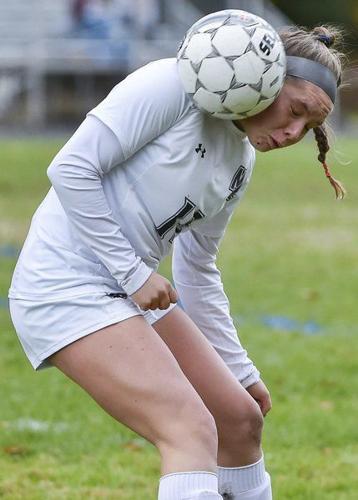 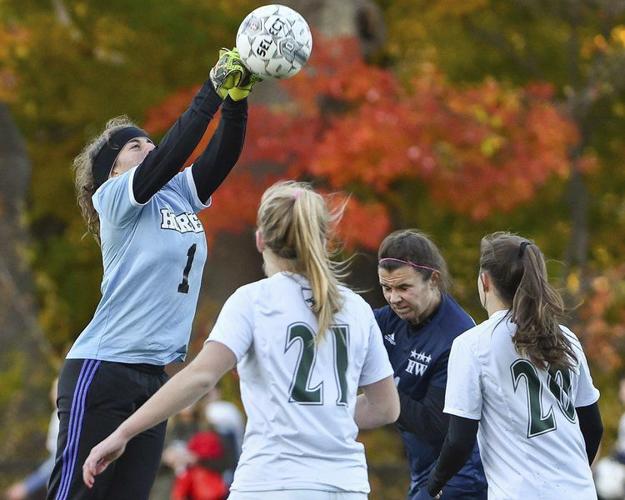 HAMILTON-- It took the duration of the girls soccer season for the Cape Ann League Baker Division to crown a league champ. In fact, the league was so competitive that three teams were still alive to share the championship on the last day of the regular season.In the end, it was Manchester Essex that stood tall above the rest.

With a 1-0 win over Hamilton-Wenham on the road Tuesday, the Hornets clinched the program's first ever CAL championship. The newly crowned CAL Baker champs finished off the league with a record of 11-3-2 (12-3-2 overall), two points ahead of Amesbury and four points ahead of the Generals.

"It's a big deal for the kids and a big deal for the school (to win the league)," Manchester Essex head coach Luke Cosgrove said. "I think the league being so strong made this team tougher. They were tired of getting beat up by the bigger schools. The team set a goal to do this two years ago and they worked extra hard to get it done. Now they're being rewarded for that work ethic."

It was an evenly played, back-and-forth battle between the two league powers, and it was the Hornets who were able to break through the stingy Generals defense in the middle of the first half.

Rachel Albertazzi possessed the ball on the right wing and drew the Hamilton-Wenham defense her way before delivering a perfect cross to Dasa Hase, who broke in all alone after the defense committed to Albertazzi and finished the play for a 1-0 Hornets lead.

Goals were impossible to come by for the rest of the night, as both defenses stepped up and drew praise from Cosgrove.

"We're the highest scoring team in the league and that was a great goal we scored," Cosgrove said. "To do it on this field against this tough defense was pretty special but nothing that surprised me because these kids have so much talent up top."

The Generals came out with the needed urgency in the second half, generating multiple scoring chances, but a pair of Manchester Essex keepers came up big.

Bella Pomeroy made two big saves in the first 10 minutes of the half, snatching a floating but dangerous cross from the right wing that was twisting in the wind. Pomeroy later jumped and got a hand on a hard shot from Claire Nistl from the left wing, popping it over the bar to preserve the Hornets lead.

With under 15 minutes to go, the Generals got another chance on a corner kick, but keeper Kara Glynos aggressive came out to play the well placed kick and punched it out of harms way.

As the second half wore on, the Hornets started to control possession, which led to the win.

Jade Cromwell led the charge on defense while Claire O'Brien was strong in the midfield.

"I think we really showed our experience late in the game," Cosgrove said. "We have 10 seniors and just about everyone played a lot of minutes last year. It showed today, they were calm when Hamilton-Wenham was pressing for the tie."

Manchester Essex now awaits its opening round opponent in the Division 4 North State Tournament. Brackets will be released on Wednesday.