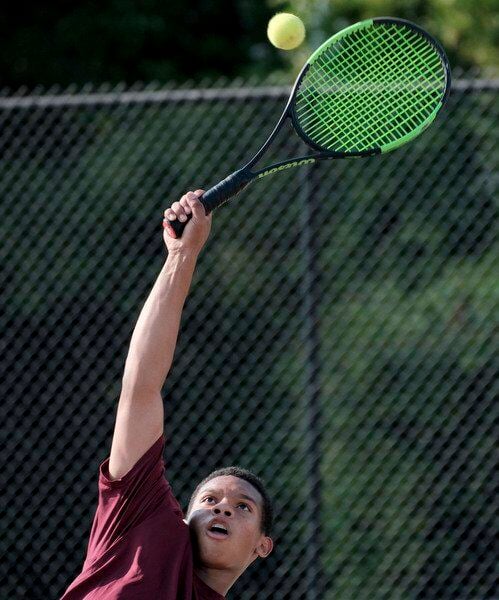 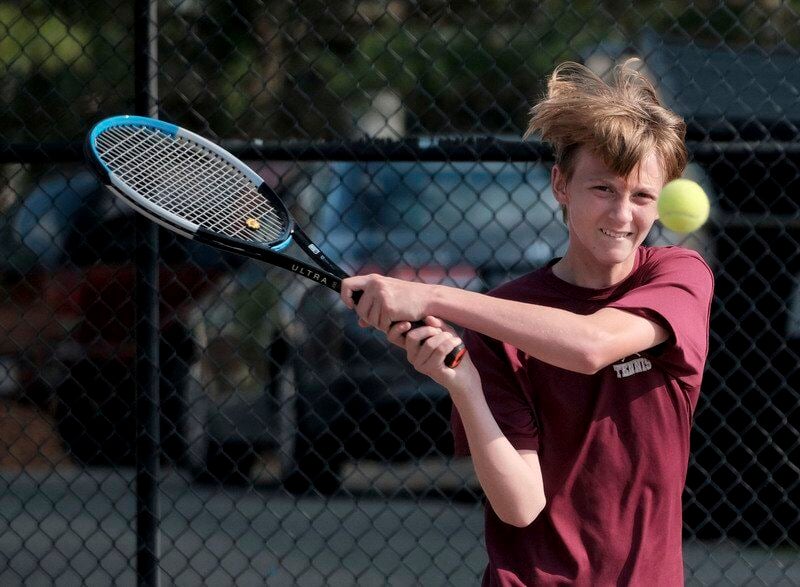 Kirk R. Williamson PhotoGloucester's Anders Littman hits a backhand shot in his No. 3 singles match on Monday against Winthrop. 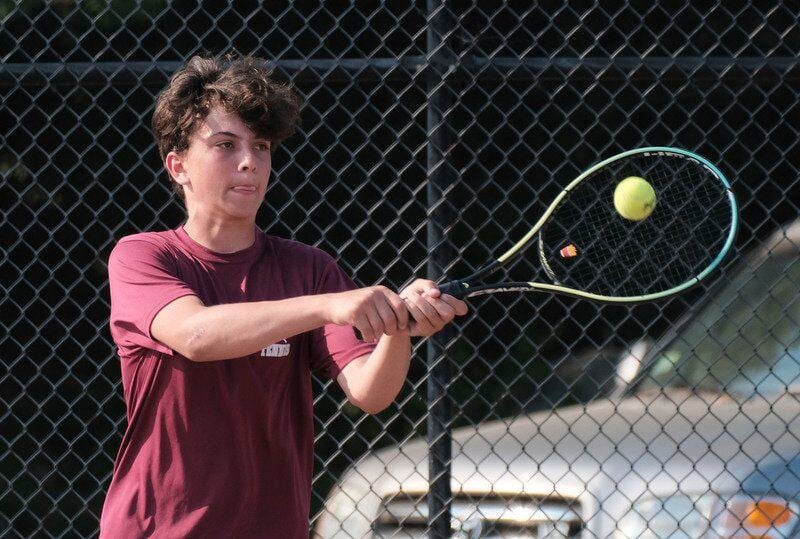 Kirk R. Williamson PhotoGloucester's Drew White returns a backhand shot in his No. 2 singles match on Monday against Winthrop. 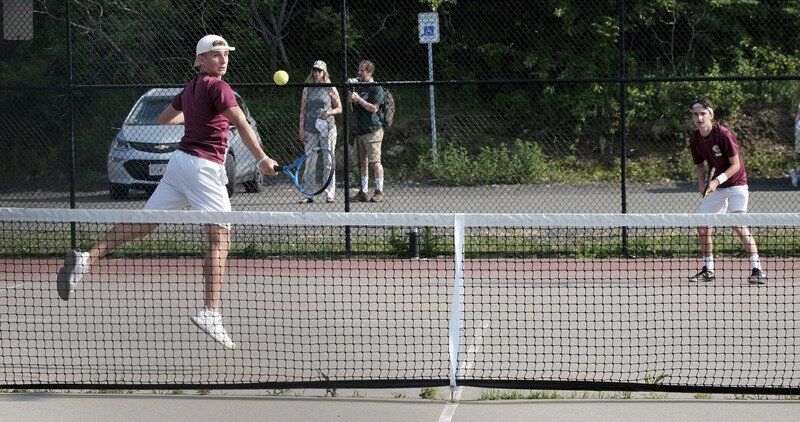 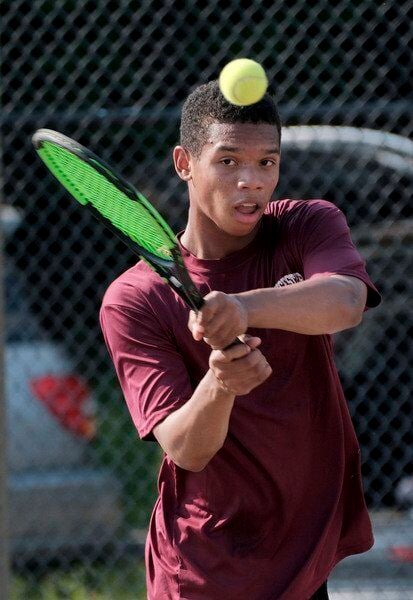 Kirk R. Williamson PhotoGloucester's Anders Littman hits a backhand shot in his No. 3 singles match on Monday against Winthrop.

Kirk R. Williamson PhotoGloucester's Drew White returns a backhand shot in his No. 2 singles match on Monday against Winthrop.

The Gloucester boys tennis team came into the season without a win over Winthrop in four years.

On Monday, the Fishermen not only swept the season series with the Vikings, they clinched the Northeastern Conference South title. The 3-2 win over the Vikings moves Gloucester to 3-0 in the NEC thanks to a pair of wins over the Vikings and a win over Salem. Gloucester can clinch the conference outright with a win at Salem on Wednesday (4 p.m.).

Gloucester (3-6) was faced with a few obstacles on Monday. Jack Delaney, the team's regular No. 1 singles player, was out with an injury forcing head coach Derek Geary to juggle the lineup. The Fishermen also had to fight through temperatures in the 90's.

"It was a tremendous effort," Geary said. "We had to move a few things around but everyone competed and we were able to get the win to take the South. It may only be a three team conference but we play the schedule we're given and beat a Winthrop team twice that has given us a lot of trouble in recent years."

The match deciding point came from Gloucester's No. 1 doubles tandem of sophomore Noah Willette and freshman Cam Widtfeldt won in straight sets (7-5, 6-4). Gloucester was swept at the doubles spots by Winthrop in the first meeting between the two squads. The Fishermen needed a win in doubles action to take the match and the No. 1 tandem delivered.

"That was the most competitive match of the day," Geary said. "We needed the point to clinch the match and Noah and Cam fought through some tough points."

"That was Andry's debut at No. 1 singles and he was very good," Geary said. "Anders' match was a lot more competitive than the score says. It was close early but Anders pulled away and then dismantled his opponent in the second set. It might have been his best match of the season."