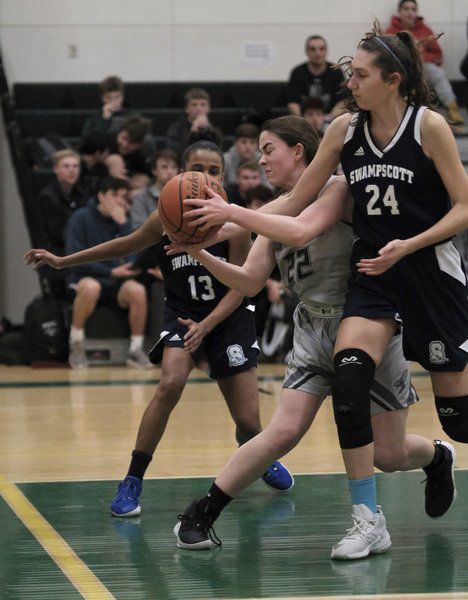 Kirk R. Williamson photoManchester Essex’s Sophia Pomeroy comes up with a loose ball in traffic on Monday against Swampscott. 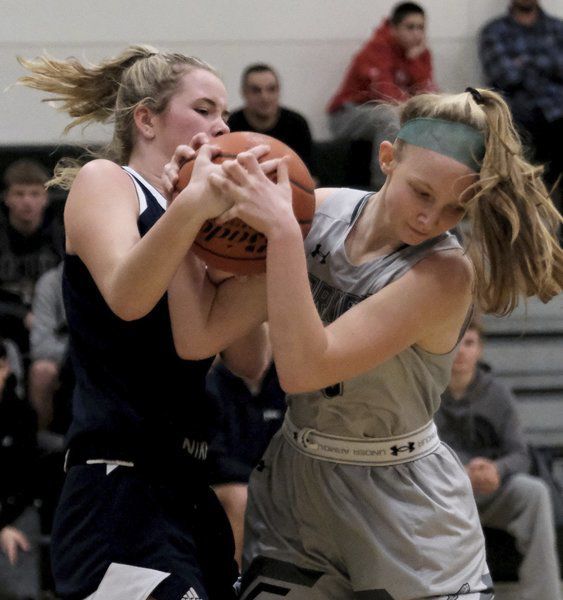 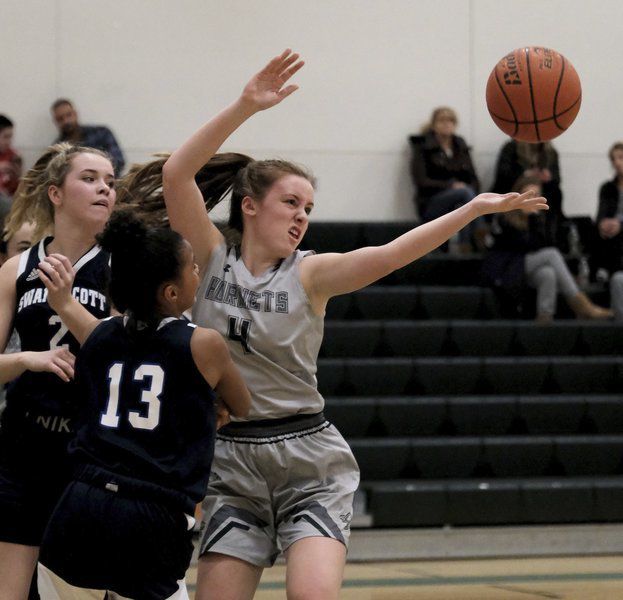 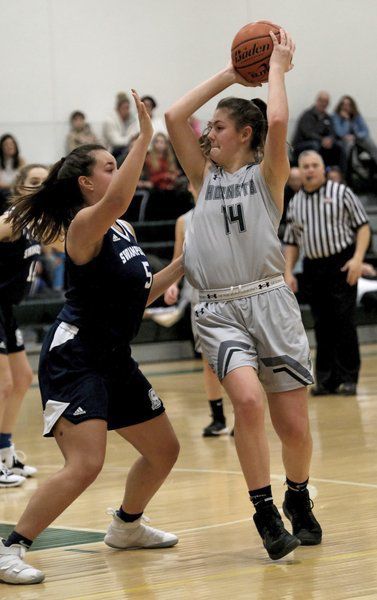 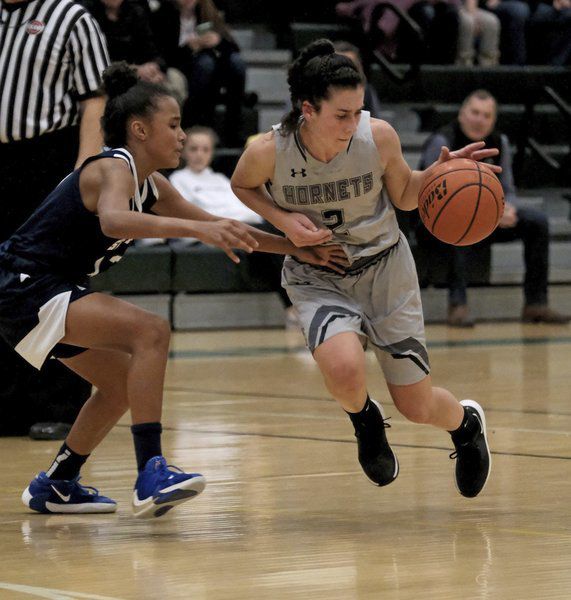 Kirk R. Williamson photoManchester Essex’s Sophia Pomeroy comes up with a loose ball in traffic on Monday against Swampscott.

Two possessions into Monday’s non-league tilt against Swampscott, Manchester Essex guard Lily Athanas was able to knock down a free throw and a shot from the floor to give her team a three-point lead in the opening minute of play.

The win was an important one for the Hornets, who move back above the .500 mark at 4-3 on the season.

“It was a good all around performance,” Manchester Essex coach Lauren Dubois said. “But the defense came up huge tonight. They have some good players and we did a great job of containing them. Everybody contributed.”

The offenses actually ruled the opening quarter in what turned out to be a defensive game.

The Hornets started off on fire from the field, knocking down nine of their first 11 shots in the first quarter-plus of action.

Behind the hot shooting of Emily Jacobsen, who led all scorers with 15 points, Manchester Essex opened up a lead as big as eight (15-7) in the first frame, eventually finishing the quarter with an 18-12 lead.

“We started strong and we kept it going,” Dubois said. “We worked the ball well early and our shot selection was good.”

The rest of the game, however, was ruled by the defenses. While Swampscott scored 12 points in the opening frame, a stifling Manchester Essex defense held the visitors to just 13 points over the final three quarters of play.

The Hornets mixed man-to-man defense, which helped force 26 turnovers, and a box-and-one on Swampscott’s top scorer, Niya Morgen, who Athanas covered all night and held to just seven points.

Bridget Twombly and Sophia Pomeroy handled the defense inside, Twombly led the Hornets with 11 rebounds.

Manchester Essex only scored five points in the second quarter, but it only allowed four to Swampscott and, as a result, took a 23-16 lead into the break.

“Lily did such a good job on (Morgan) who is a tough cover,” Dubois said. “She was with her every step tonight and she also did a great job facilitating our offense.”

The Hornets pulled away in the second half as Jacobsen again got hot from the field, scoring the first five points of the half and seven of her 15 in the third to help open up a 35-22 lead after three.

The defense kept it going in the fourth, allowing only two points to cruise to the 17-point victory.

The Hornets are right back at it on Tuesday at home against Masconomet (6:30 p.m.).