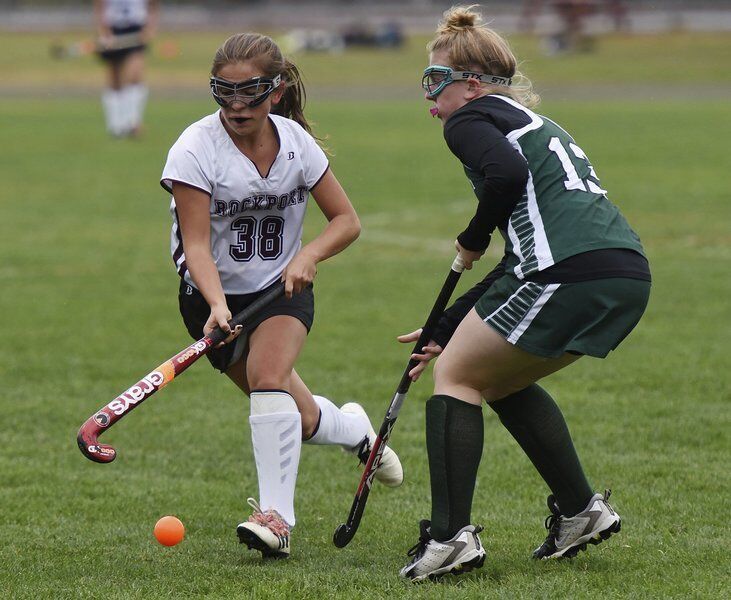 PAUL BILODEAU/Staff photoRockport field hockey is currently slated to play in the fall of 2020, albeit with modified rules. 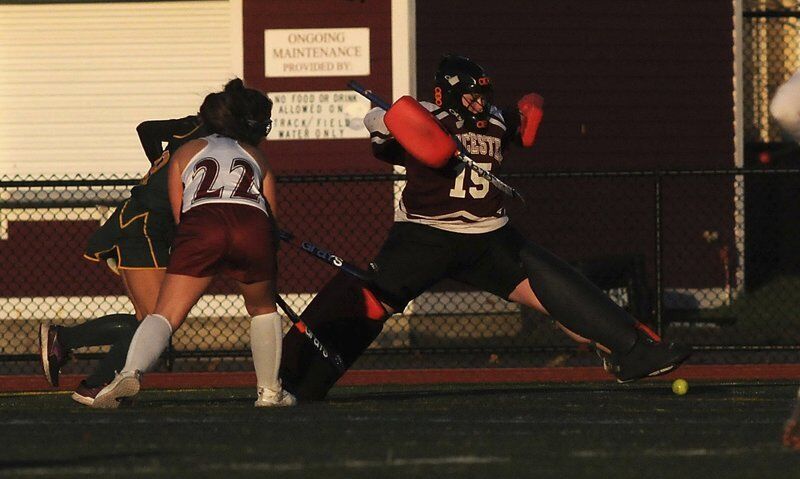 PAUL BILODEAU/Staff photoGloucester field hockey is preparing for a season that will not begin until late February.

PAUL BILODEAU/Staff photoRockport field hockey is currently slated to play in the fall of 2020, albeit with modified rules.

PAUL BILODEAU/Staff photoGloucester field hockey is preparing for a season that will not begin until late February.

Cape Ann's high school field hockey programs find themselves in very different spots at the moment. While all of the local schools are preparing for the upcoming season in some way, Rockport and Manchester Essex are currently the only two schools playing this fall as the Northeastern Conference principals voted to move the fall season to the 'Fall 2' season, which begins preseason in late February and finishes up in late April.

With the season sidelined until 2021, Gloucester head coach Lauren Riley Gove is trying to keep her players upbeat and positive.

"We're trying to be as optimistic as we can and we have made peace with the decision to play in the 'Fall 2' season," she said. "We weren't going to have a traditional season either way and we saw the writing on the wall.

If given the chance to play in 'Fall 2' we'll play. The most important thing for us right now is to keep some sort of structure with the kids and give them the chance to stay active and interact with each other."

Rockport head coach Mary Ryan, on the other hand, is about to enter her 37th season as Vikings head coach in just over two weeks time. This season she is going to have to coach with some modified rules.

Teams will be playing seven on seven instead of the usual 11 on 11 and with no penalty corners on fouls close to the net. Instead of penalty corners, teams will take 25-yard free hits, and on all free hits players must be at least five yards away from the player taking the hit.

There will be no “bullies” on re-starts, with teams alternating possessions, and no ball girls or boys will be allowed, with teams instead placing four balls behind each goal and on opposite sidelines for easy access. There will be no stick inspections prior to the game and officials should use electronic whistles or air horns.

Masks will be required during competition, as will the standard mouth guards and goggles.

While it's a change, not all of it is completely new.

"Seven on seven is part of our current game for tournament purposes as we use it for overtime," Ryan said. "I think we'll have to be ready to use many players but since we will be using quarters this year, a new NFHS rule, I think that will help."

Rockport and Manchester Essex can begin preseason workouts on September 18 with games slated to begin in early October.

For Gloucester, coach Riley Gove will be allowed to coach her team during the fall as the MIAA suspended Rule 40, which prevents coaches from coaching players out of season, due to the COVID-19 uncertainty.

As a result, the Fishermen are looking to get some work in over the next few months to be in game shape when the season comes around.

"We won't be meeting every day like we would be during a normal season," Riley Gove said. "But we are going to have a practice schedule to stay sharp. The girls have been working all summer and I know they're going to keep working at it during the fall whether we play other teams or not."

Most importantly, both coaches are looking forward to getting out there and coaching their players again.

"First of all, I just want to be able to coach my players and try to give them a good field hockey experience this year," Ryan said.

"As coaches, it's our responsibility to give these kids some sense of normalcy," she said. "I can't wait to practice with them and get them to compete with each other. Whenever we're able to get out there, whether it's just a little bit this fall or a season this winter, we are going to play the best field hockey we can."