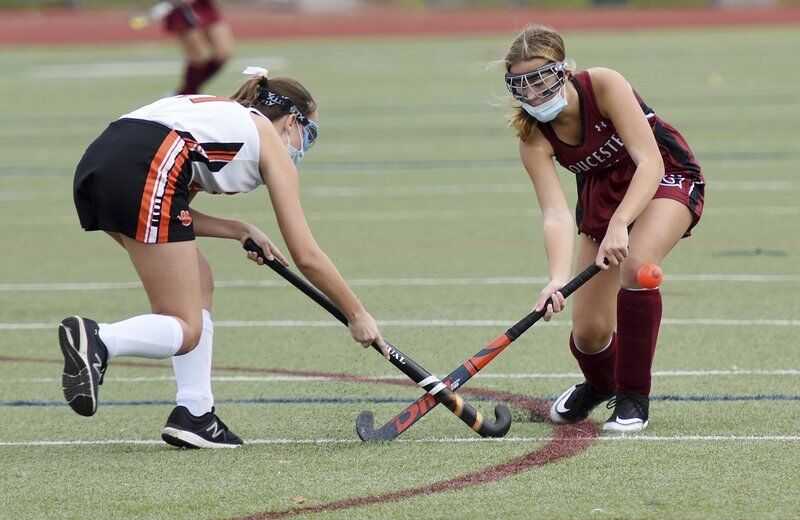 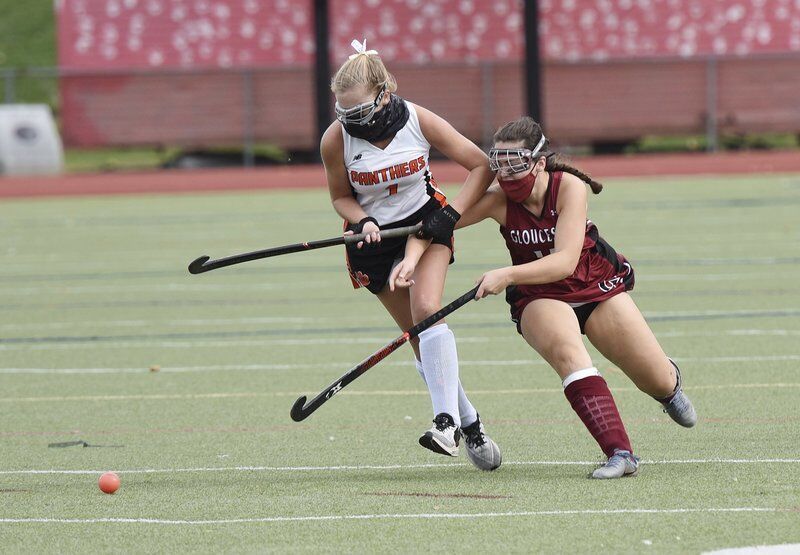 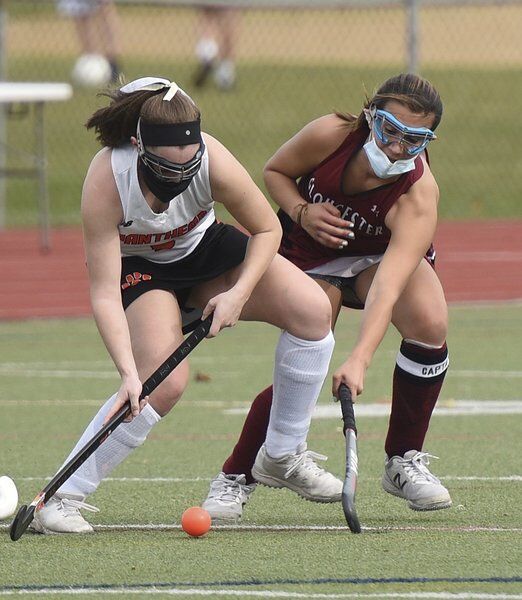 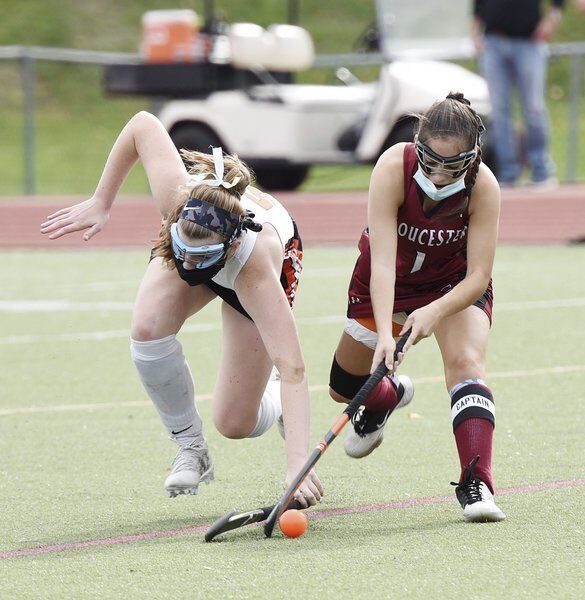 PAUL BILODEAU/Staff photoGloucester's Mia Salah, right, muscles her way to the ball in Wednesday's game at Beverly. Salah had two goals in a 3-0 Gloucester win.

PAUL BILODEAU/Staff photoGloucester's Mia Salah, right, muscles her way to the ball in Wednesday's game at Beverly. Salah had two goals in a 3-0 Gloucester win.

The last week of the regular season has been a bit of an adjustment for the Gloucester field hockey program.

"It was definitely a different mentality for us," Gloucester head coach Lauren Riley Gove said. "We're used to that do or die mind set and this year it was about having fun the last couple weeks and finishing the season strong."

Gloucester certainly finished the season strong. Tournament mindset or not, the Fishermen played their best field hockey in the second half of the season. Wednesday's 3-0 win at Beverly was the team's fifth straight win, finishing up the year at 7-2-1, the second best record in the Northeastern Conference behind only unbeaten Masconomet.

"It's bittersweet to end the season without the tournament," Riley Gove said. "But we're grateful that we got the chance to play and we still had a great season. We have to thank the Gloucester School Committee for their support to let us get out there."

The final game of the regular season was a fitting end to the career of Gloucester senior captain Mia Salah.

A four-year varsity starter and three-time All-Star heading into this season, Salah missed four games in the middle of the season as she had a quarantine for two weeks because she was a close contact to someone who tested positive for COVID-19. In six games, she was still able to score six goals with six assists to bring her career total up to 71 goals and 124 both, both GHS career records.

Salah factored in on all three Gloucester goals on Wednesday, scoring twice in the first half to give her team a 2-0 edge at the break. She then assisted on Ella Costa's second half goal to cap the scoring at 3-0.

"She's a force and has been since she came in as a freshman," Riley Gove said. "She's one of the best players in program history. She battled through some tough circumstances this season and was still dominant every time she was on the field."

Marshall was a dominant two-way player and one of the team's most athletic players. Lowthers was incredibly consistent in the midfield and also a standout two-way player. Wheeler had a big season in goal and recorded five shutouts.

"We have so many players that step up, that's why we were able to play well even with Mia out," Riley Gove said. "Their run over the last four years was unreal. Ella and Kelsey were great every game and Mia is so consistent in net."