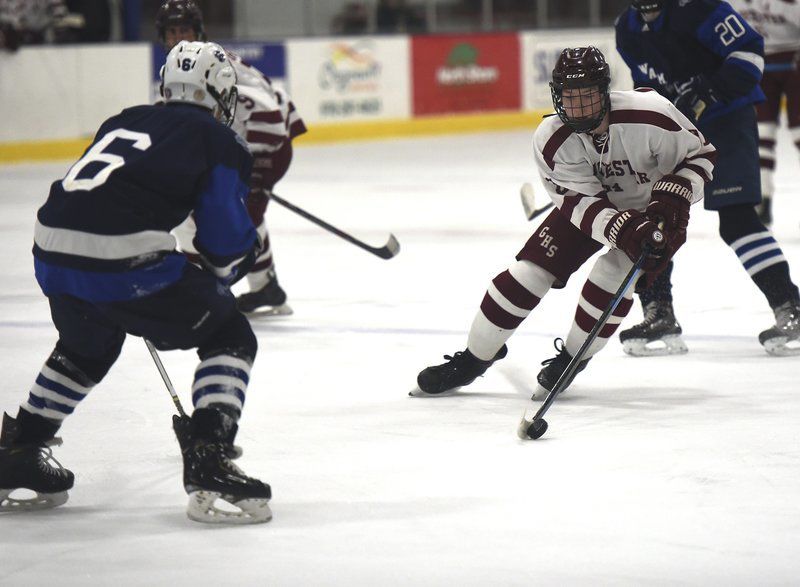 Gloucester’s Ryan Frates (21) makes his way into the offensive zone in Wednesday’s game at the Talbot Rink. 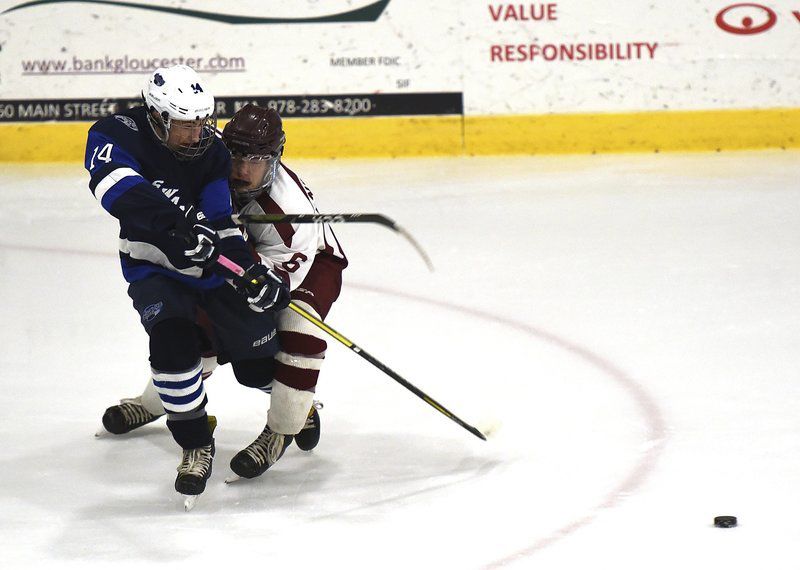 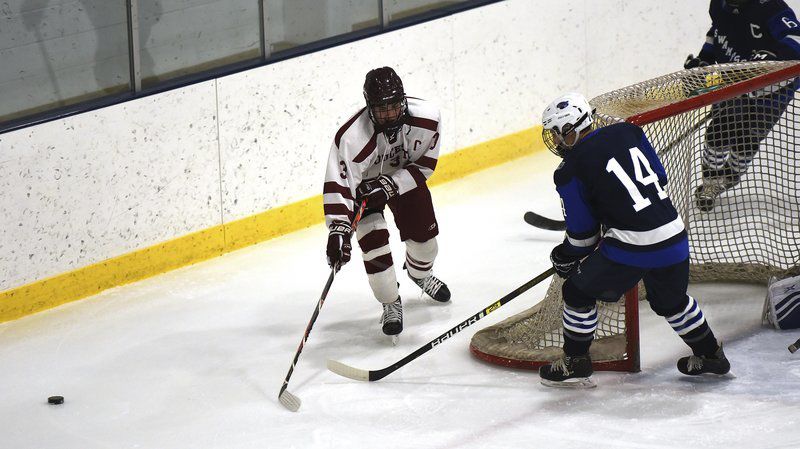 PAUL BILODEAU/Staff photoGloucester’s E.J. Field (3) attempts a wraparound early in Wednesday’s game against Swampscott. Field did not score on the play, but he ended up with a goal and three assists to eclipse 100 career points. 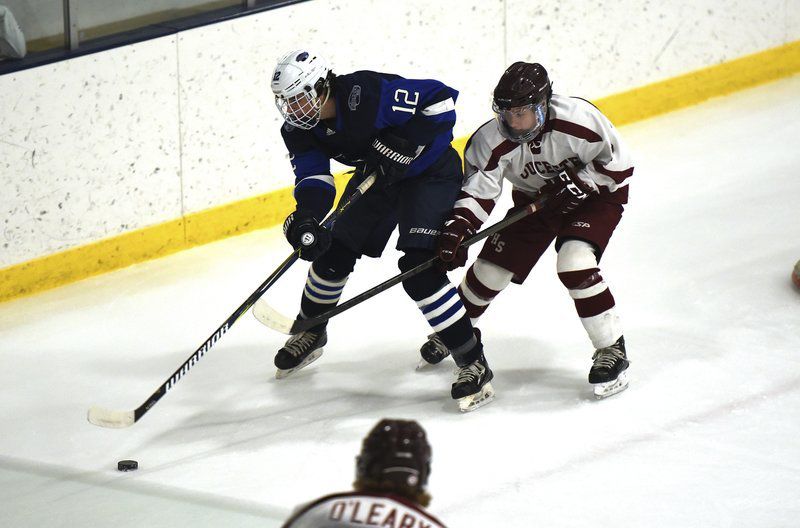 PAUL BILODEAU/Staff photoGloucester’s Jack Delaney (7) hampers Swampscott’s Griffin Bruhm as he moves behind his own goal in Wednesday’s game at the Talbot Rink.

Gloucester’s Ryan Frates (21) makes his way into the offensive zone in Wednesday’s game at the Talbot Rink.

PAUL BILODEAU/Staff photoGloucester’s E.J. Field (3) attempts a wraparound early in Wednesday’s game against Swampscott. Field did not score on the play, but he ended up with a goal and three assists to eclipse 100 career points.

PAUL BILODEAU/Staff photoGloucester’s Jack Delaney (7) hampers Swampscott’s Griffin Bruhm as he moves behind his own goal in Wednesday’s game at the Talbot Rink.

The Gloucester hockey team is officially in a groove as the team hits midseason.

With a 5-1 win over Swampscott on Wednesday at the Talbot Rink, the Fishermen move to 4-3-2 on the season with their fourth straight win. The win was one of Gloucester’s most complete performances of the season as it controlled play in all three zones.

“I thought we came out of the gates strong and we kept it going,” Gloucester head coach Derek Geary said. “I thought we moved the puck well and we defended well against a dangerous opponent with a great top line. We couldn’t allow them to hang around and they didn’t.”

In addition to a fourth straight win, Gloucester also saw its senior captain reach a career milestone as E.J. Field notched his 100th career point. Field had four points on the night (a goal and three assists) and now has 101 career points (50 goals, 51 assists).

Field had a helper on Gloucester’s first and third goals of the night, and he reached the milestone 1:46 into the third period. Although his shot from the slot was saved, teammate Jack Costanzo was right there to put in the rebound to give Gloucester a 4-1 lead at the time.

For Field, the milestone is great, but the win and overall team performance were more important.

“It was a great feeling (to get 100 career points), but I like beating Swampscott more,” the senior captain said. “That was an important goal in the game to give us a three goal lead. Goalie made a nice save on me but Jack was right there, and he rarely doesn’t know what to do with the puck. We’re starting to play good hockey now after a slow start and that’s what my main focus has been.”

Geary was also quick to credit Field for the milestone.

“He’s been a great leader for this team, a great teammate to the younger players and a great kid,” Geary said. “That’s a great accomplishment and he has been a consistent player for a long time.”

Field is the first player to score 100 career points since Andrew Fulford reached the milestone in the 2007-08 season and is the 12th player in program history to reach the milestone.

After a scoreless first, Gloucester got on the board just 47 seconds into the middle frame when Jack Delaney pushed home a backhand shot from outside the right post on a pass from Field just outside the left post.

Six minutes later, Conor Donovan tied it up for the Big Blue when he roofed a pass from Drew Olivieri while on the power play to make it 1-1.

Swampscott’s momentum, however, only lasted 25 seconds as Jeremy Abreu crashed the net and scored on a pass from Ryan Bergin to put Gloucester back in front, 2-1 with 7:45 to go in the second.

“The second line was excellent tonight,” Geary said. “Jeremy Abreu has been such a presence since moving from forward to defense. Harry Marshall played great and nobody is going to outwork Ryan Bergin out there.”

Costanzo gave Gloucester an insurance goal when he went top shelf from the right circle and knocked the Swampscott goalie’s water bottle off the net to make it 3-1 after two.

Costanzo added his second of the night early in the third on Field’s 100th point and then Field got into the action with three minutes to play, slapping home a shot from the slot on a pass from Costanzo to cap the scoring at 5-1.

While the Fishermen offense was on fire, the defense was just as strong, slowing down Swampscott’s vaunted first line. Geary praised the play of sophomore Robby Schuster for helping slow down a dangerous crop of scorers.

“We did a really good job defending and we’re coming together back there,” Geary said. “I was really pleased with the effort all around. It was a complete team effort and we worked all game.”