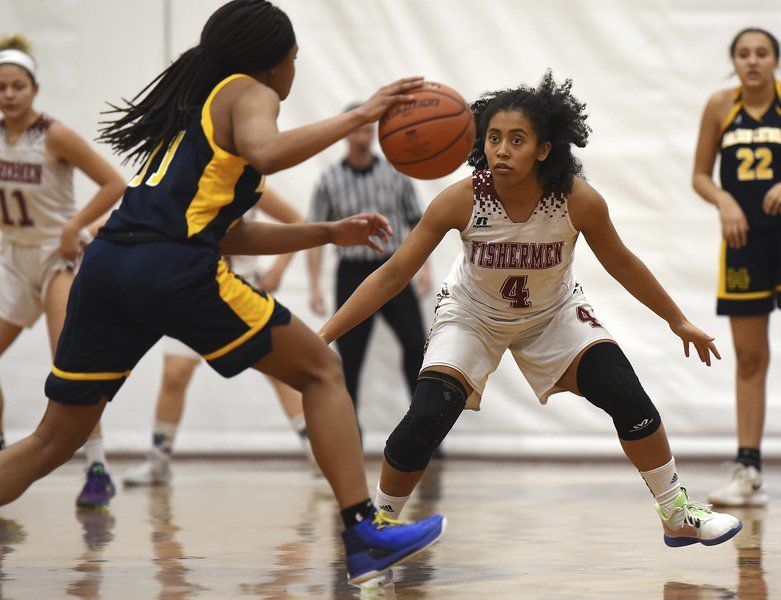 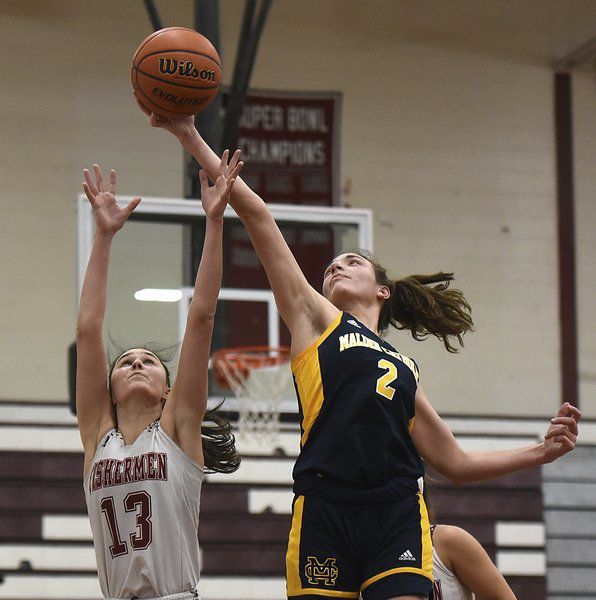 PAUL BILODEAU/Staff photoGloucester's Natalie Favazza goes up for a rebound with Malden Catholic's Lily Mineo in Monday's game. Favazza had 11 points and led the Fishermen with eight rebounds. 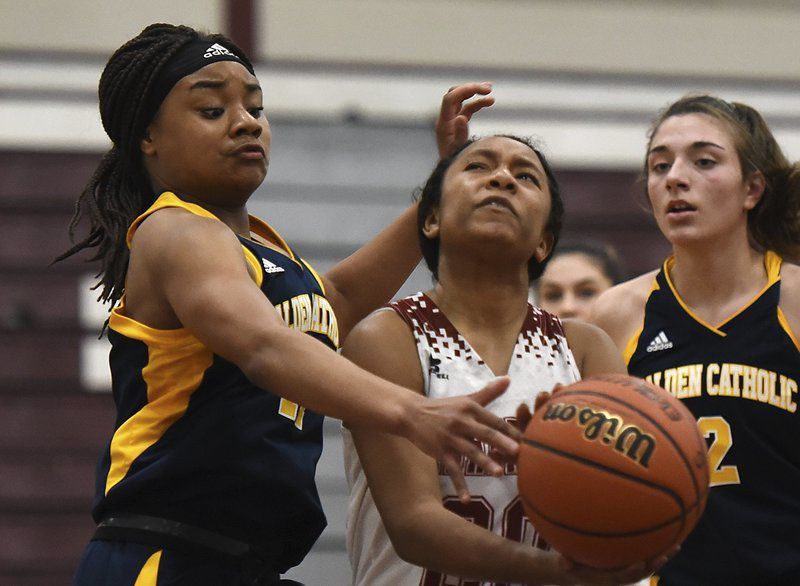 PAUL BILODEAU/Staff photoGloucester's Taniya Wongus is fouled on a drive to the basket on Monday against Malden Catholic. Wongus led the Fishermen with 14 points. 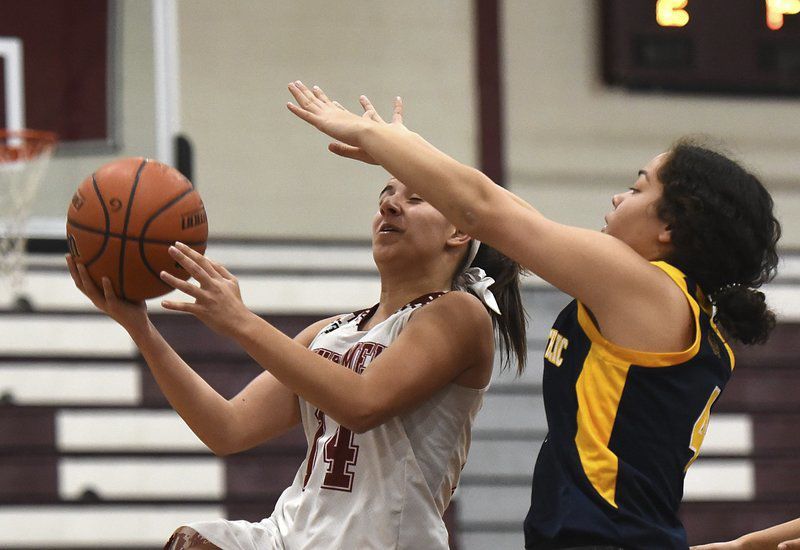 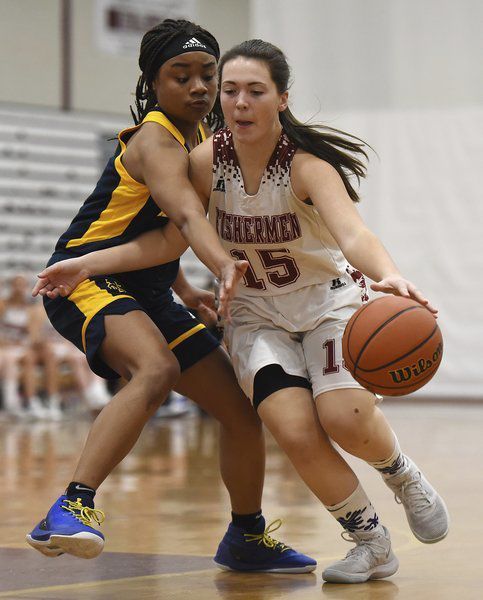 PAUL BILODEAU/Staff photoGloucester's Natalie Favazza goes up for a rebound with Malden Catholic's Lily Mineo in Monday's game. Favazza had 11 points and led the Fishermen with eight rebounds.

PAUL BILODEAU/Staff photoGloucester's Taniya Wongus is fouled on a drive to the basket on Monday against Malden Catholic. Wongus led the Fishermen with 14 points.

Monday's non-conference game against Malden Catholic showed off the improvements the Gloucester girls basketball team has made throughout the season.

The Fishermen may have lost, 66-44, but the final score does not tell the entire story as they turned in a season high in points scored against a team that held them to 26 points the first time they met. Gloucester also got off to a really fast start and controlled the early stages of the contest while two players scored in double figures.

"We're improving and it's showing, but our focus is to put together four consistent quarters," Gloucester head coach Shaun Goulart said. "When we take what we do in practice and apply it to the game we are a good, fundamentally sound team. But when we get off our game the wheels fall off.

Still, I am happy with the direction of the team. We may not have a win but the girls are working really hard. To come out to start the season and not even hit 20 points the first two games to scoring 44 tonight shows that the work they're putting in is paying off."

Led by the hot shooting touch from Taniya Wongus (team high 14 points) and Natalie Favazza (11 points, eight rebounds), the Fishermen jumped out to an early 18-11 lead after one, 16 of those points coming from Wongus and Favazza.

With a defense forcing several turnovers, Gloucester was able to get points in transition while Wongus knocked down a pair of threes.

The Fishermen had momentum, but Malden Catholic took it back with an 11-0 run to start the second quarter to make it 22-18 and it would never relinquish that edge.

Andrea Turner was the difference for the Lancers as she led all scorers with 24 points and all rebounders with 13. Lily Mineo also had a strong game for Malden Catholic with 16 points.

Malden Catholic led by as much as 10 in the second frame (31-21), but Gloucester finished with some momentum, scoring the final two buckets of the half to cut the deficit to 31-26 at the break.

"We did some good things defensively but we allowed too many free throws," Goulart said. "They scored 17 points from the foul line tonight. We need to move our feet better and be more decisive with our rotations."

In the second half, Malden Catholic started to pull away, opening up the third quarter on a 14-0 run to open up a 19-point lead and put Gloucester away.

The Fishermen cut it to 11 at one point in the fourth, but the Lancers finished strong to extend to 66-44 by game's end.

"It wasn't the result we wanted but the effort and attitude were there," Goulart said. "We are going to keep grinding and playing hard like we have been and hopefully that work will pay with with some wins down the stretch."