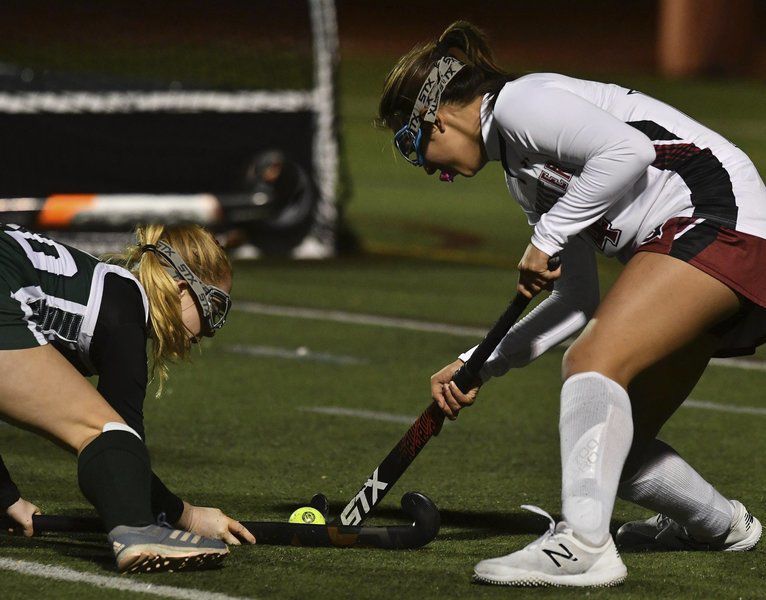 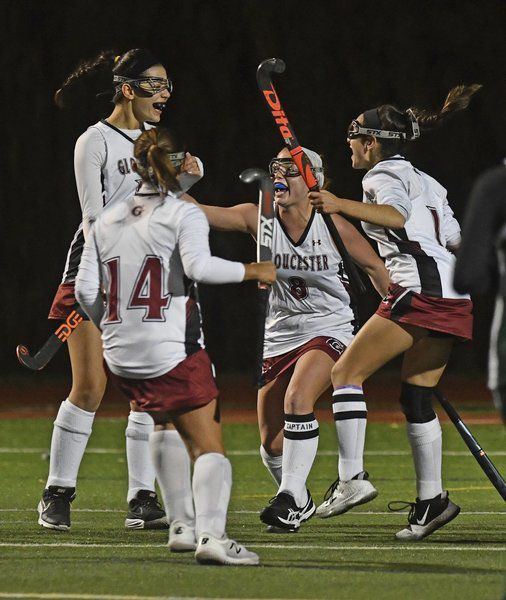 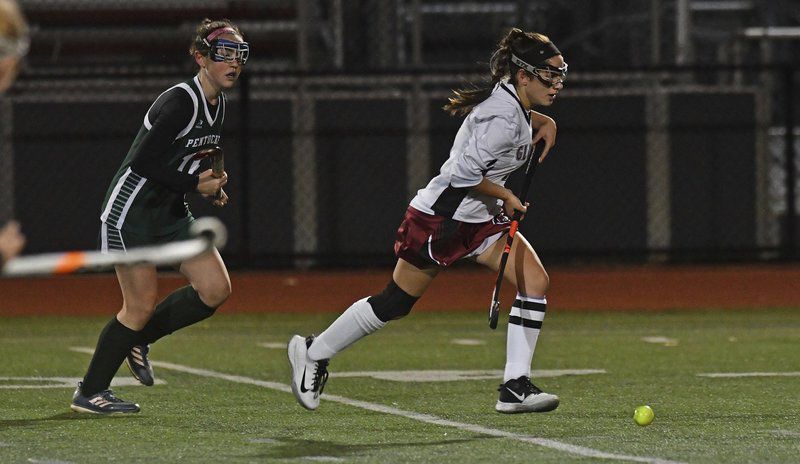 When it comes to the sectional semifinals, every team remaining has a legitimate chance to take it all the way and every team knows what the opponent brings to the table.

That was the case in Wednesday’s Division 2 North Field Hockey Semifinal between No. 6 Gloucester and No. 10 Pentucket.

The Fishermen and Sachems scouted each other well and knew who the players were that needed extra attention on both ends of the field. The game came down to which team’s role players would step up and make a play, and that team ended up being Gloucester.

It was a defensive struggle for much of the night, but Gloucester sophomore forward Cammi Cooper made the most of her opportunity. Nursing a broken ankle suffered during the spring and coming in off the bench at the start of the second half, Cooper found her way to a rebound off of a corner chance and flipped it over a sprawling Pentucket goalie and into the net for the lone goal of the game, leading to a 1-0 win for the Fishermen.

“When you’re at this point in the tournament you know who the players are that you need to watch,” said Gloucester head coach Lauren Riley Gove, whose team improves to 14-3-2 and is making its first sectional finals appearance since 2001. “They were on our playmakers and we did the same to them.

“Luckily we have a lot of playmakers and Cammi Cooper came in as a substitute and made the most of her opportunity.”

It was a back and forth contest that saw Gloucester control the middle half of the game with Pentucket finding its most sustained success in the opening 10 minutes and final 10 minutes of play.

“It was a great high school field hockey game and we’re proud of the way we played,” said Pentucket head coach Ruth Beaton, whose team finish up at 11-8-2 after winning its first two state tournament games as the No. 10 seed. “We held our own all night and played tough until the end.”

Pentucket got off to a strong start as its strong stick work on defense and speed in transition gave Gloucester a little trouble in the opening six minutes as it earned three corner chances.

Gloucester started to turn the field in its favor over the final 13 minutes of the first half.

“It was one of those things where we had to get back to playing our game,” Riley Gove said. “They’re a good team so we had to be quicker with our passes and quicker to the ball.”

The Fishermen evened up the corner chances by halftime (5-5) and nearly scored at the buzzer, but a Pentucket defender knocked the ball down in front of the goal line.

Gloucester took that momentum into the second half. On a corner chance six minutes in, Maddie Machado fired the ball into the circle, where Mia Salah directed it to the left and Cate Delaney tipped a shot on goal, that was stopped by Sachems goalie Charlene Basque (7 saves). But the rebound went right to Cooper, who flipped it over Basque’s pad to give Gloucester a 1-0 lead.

The Fishermen continued to pressure from there, but the Pentucket defense held.

The Sachems started to bring pressure in the final 10 minutes and thought they had the game tied with 9:12 to go on a redirect from Olivia Reagan on a corner chance. But it was ruled that the ball hit her leg before going into the net, which is an infraction and disallowed the goal.

Pentucket earned three straight corner chances, the teams were tied with eight each on the night, but the Gloucester defense and goalie Mia Wheeler (6 saves) held strong to preserve the win.

“We tried to take advantage of every transition opportunity we had,” Beaton said. “We really brought some pressure and got a lot of opportunities towards the end, we just couldn’t get one.”

Gloucester now turns its attention to its Division 2 North Finals opponent, No. 5 Lynnfield. The Pioneers (15-4) beat Watertown, 1-0 right after Gloucester beat Pentucket on Wednesday night. That means there will be a new champ in Division 2 North as Watertown won the last 11 sectional championships.

The teams will meet at Reading High School on Saturday for the sectional crown (1 p.m.).