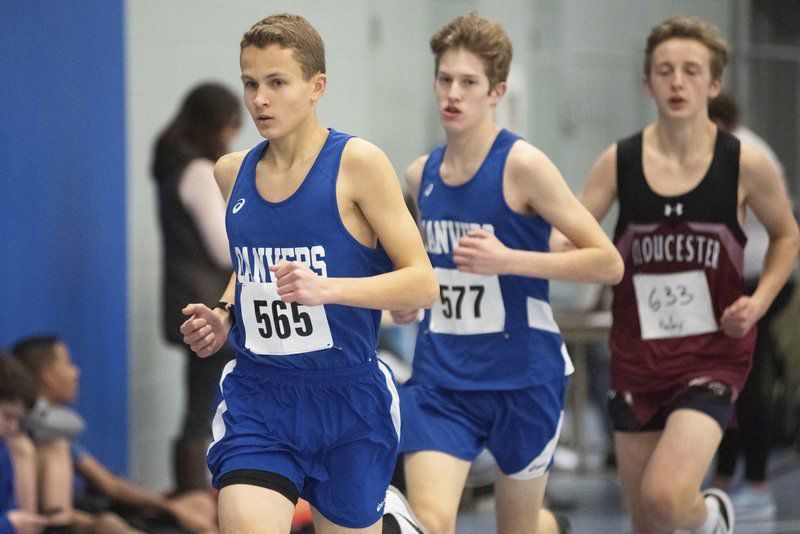 Ryan McBride/Staff PhotoDanvers' TJ Glowick and Brendan MacDonald lead the pack in the mile with Gloucester's Danny Hafey right on their heels in Thursday's meet. 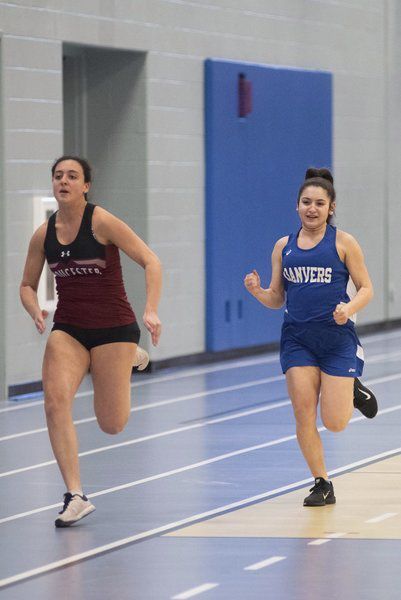 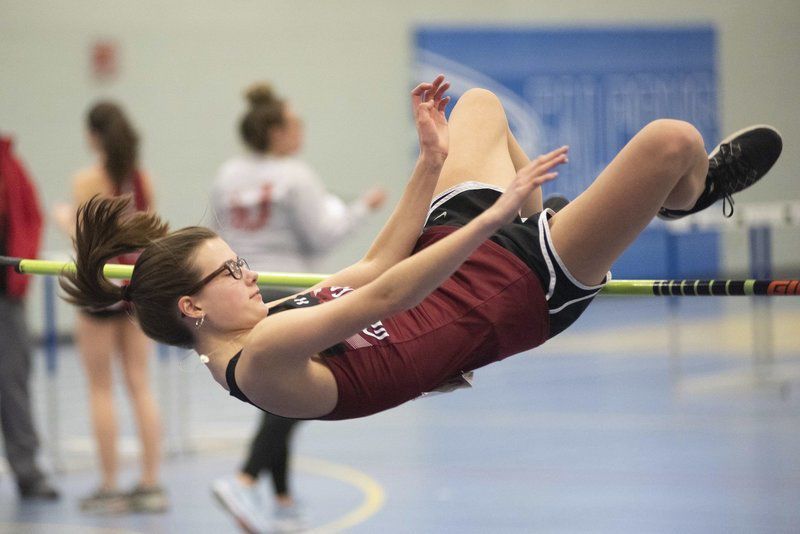 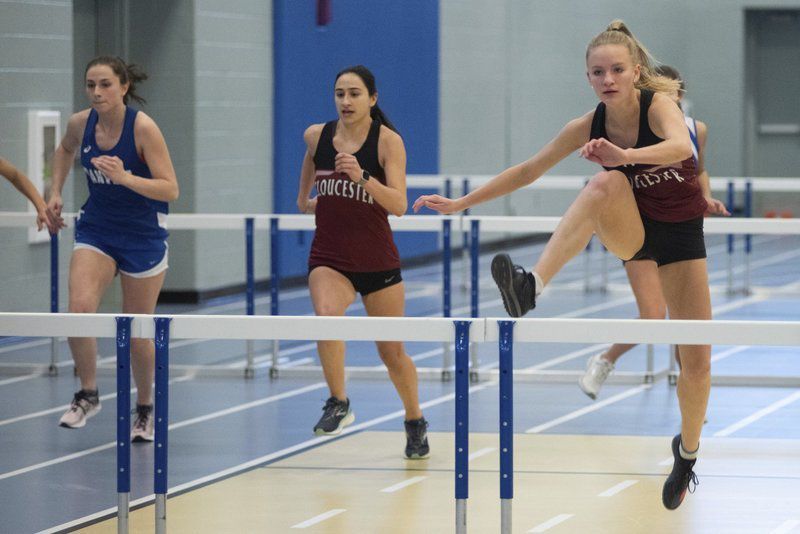 Ryan McBride/Staff PhotoDanvers' TJ Glowick and Brendan MacDonald lead the pack in the mile with Gloucester's Danny Hafey right on their heels in Thursday's meet.

The Gloucester indoor track team had its second Northeastern Conference tri meet of the season on Wednesday at Danvers high school with a NEC North Division clash against Danvers and a conference crossover tilt with Saugus.

In the end, the boys and girls squads lost both meets.

Danvers turned in a strong performance in both meets, winning the girls meet, 57-28 and besting the Fishermen boys, 71-14. The meet against, Saugus, on the other hand, was much closer. Both meets came down to the final event, the 4x400m relay, and Saugus won both to take a 37.5-35.5 win on the girls side and a 47-39 win on the boys side.

Sedona Gillard and Lillie Favazza finished first and second respectively in the hurdles. The Gloucester girls also had a big day in the shot put, sweeping the event with Jenna Hoofnagle picking up the win, Linda Toromo finishing second and Serene DeSisto coming in third.

With the losses, both the Gloucester boys and girls fall to 1-3 on the season.

The Fishermen are back in action on Wednesday at Marblehead High School against Marblehead and Lynn Classical (4 p.m.).