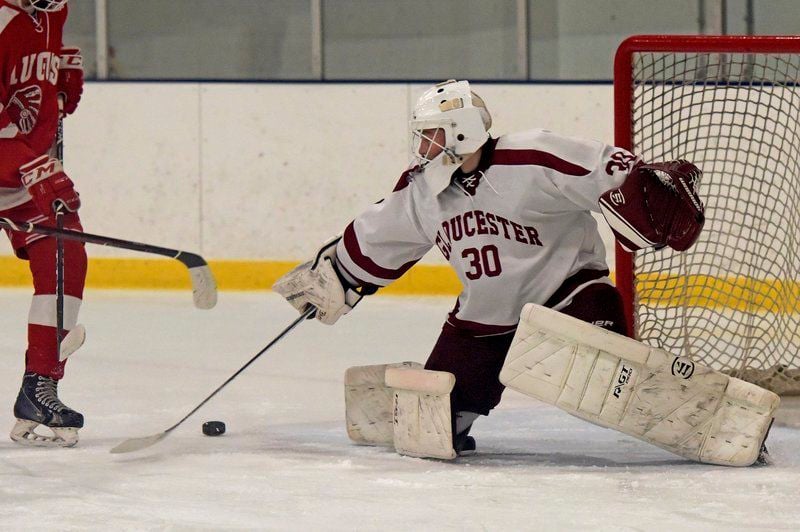 Tim Jean/Staff PhotoSenior Connor Vittands returns in goal after earning All Conference honors as a junior. 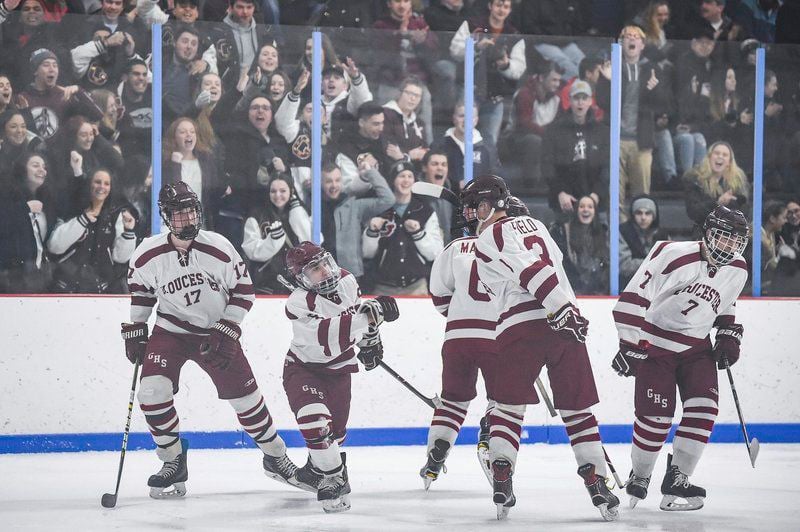 Tim Jean/Staff PhotoSenior Connor Vittands returns in goal after earning All Conference honors as a junior.

After five seasons, and four conference championships, in the Northeastern Conference South Division, the Gloucester hockey program is back where it wants to be in the NEC North.

Moving into the North Division along with Beverly, Danvers, Marblehead and Winthrop may make Gloucester's conference schedule much more difficult, but that's exactly what head coach Derek Geary wants.

"It's tremendous (to be back in the NEC North)," the third year head coach said. "It's where our history is, playing our rivals twice. These are great matchups against tough teams but that's what we want and that's what high school sports is about, playing against the best competition we can."

The NEC North is looking like a very formidable conference this winter as four of the five teams reached the state tournament a year ago.

Gloucester also has a tough out of conference schedule with tournament qualifiers Masconomet, the team's opening night opponent on Saturday at Talbot Rink (6 p.m.), Triton and Algonquin Regional are also on the schedule as well as the Cape Ann Savings Bank Holiday Tournament, which features a game against Western Mass. power Westfield and a third game against either Beverly or Marblehead.

"It's a tough schedule but that's how you get better," Geary said. "We are happy to be in the NEC North but that's not enough, we want to compete for the conference championship."

On the ice, Gloucester was hit hard by graduation from last year's 15-win campaign, but the team has some star players returning.

Two of those star players were Gloucester's top two scorers a year ago in senior E.J. Field, who will be wearing the "C" on his uniform, and sophomore Jack Costanzo.

Costanzo nearly set a freshman scoring record last winter with 50 points, the first player in two decades to reach 50 points in a single season. Field, on the other hand, is wrapping up a prolific high school career as he scored 45 points as a junior and has 88 for his career.

"E.J. is our captain and his talent and passion for the game show every time he's on the ice," Geary said. "He's been productive since he got here. And Costanzo is looking better than he was last year, he's a year older and stronger."

The Fishermen also have an All Conference net-minder in the lineup with senior Connor Vittands, a captain who is back for his third season starting in between the pipes. Vittands was dominant at times last season and lost just one game. He has been very impressive in the preseason as Geary credited his play in a 1-0 win in a scrimmage against North Quincy, a game where Gloucester was double up in shots on goal but Vittands stole the win.

"Connor has so much tenacity in goal," Geary said. "He knows how to play the position and he has been playing it well for a few years now."

Senior captain Jeremy Abreu leads the Gloucester defense as he established himself as a regular on the blue line as a junior last winter. Junior Ryan Bergin also returns as a top six forward, he was a point per game player as a sophomore.

After that, the Fishermen will have a lot of players stepping into new roles.

On defense, a trio of sophomores who saw solid minutes as freshman will round out Gloucester's top two pairings in Ryan Frates, Tim Marrone and Robby Schuster. Sophomore Dan O'Leary and junior Zach Abbott played on the third line a year ago and are looking at increased minutes this season.

"We have a lot of players filling in new roles," Geary said. "Some players may be asked to play exclusively defensive roles. I think if everybody can get the concept that all parts of the puzzle are equal and not everyone has to be the goal scorers to contribute, we will build a strong team."

Gloucester hockey at a glance

Strengths: The Fishermen have three All Conference players returning in Field, Vittands and Costanzo, giving them an elite scoring duo and elite goalie.

Concerns: Gloucester graduated a lot of forwards and will be looking to put together a new second and third line.

Coach's Outlook: "We think we can compete in the NEC North. We've earned our way into a tougher conference and we want to challenge for the championship. To do that we have to get better as a team on and off the ice every game."