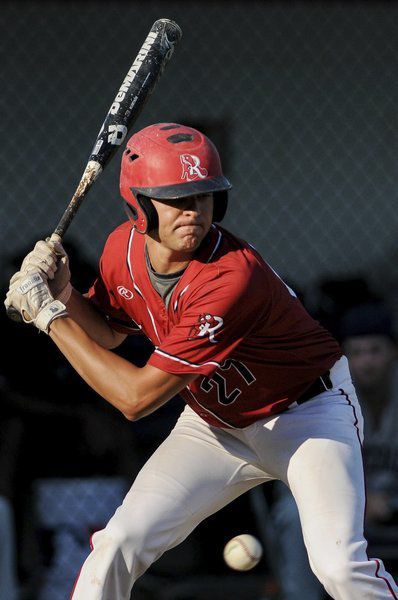 Jaime Campos/Staff PhotoRockport's Nolan Webb lays off a pitch in Thursday's game against the Hamilton Generals. 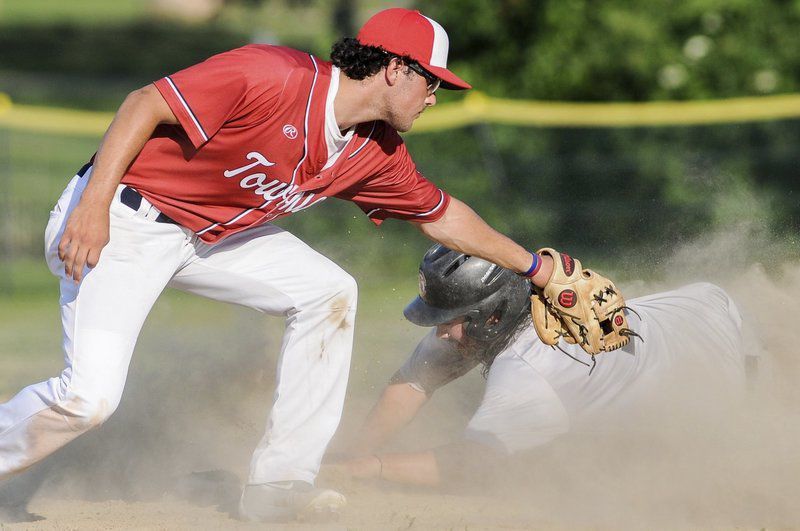 Jaime Campos/Staff PhotoTownies second baseman Joe Muzio puts the tag on a Hamilton runner, who slid in safely with a stolen base. 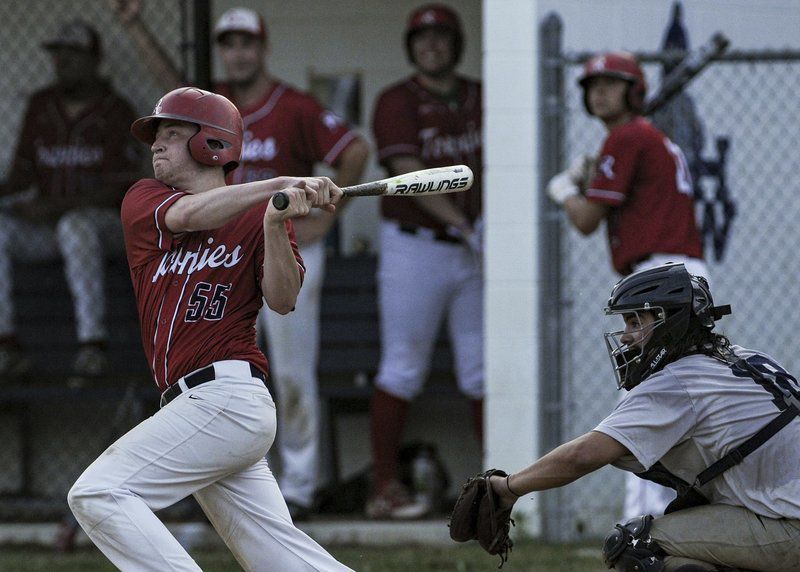 Jaime Campos/Staff PhotoRockport's Jameson Kamm connects for a three-run homer in Thursday's game at Patten Park. The home run ended up being the difference in a 5-2 Townies win. 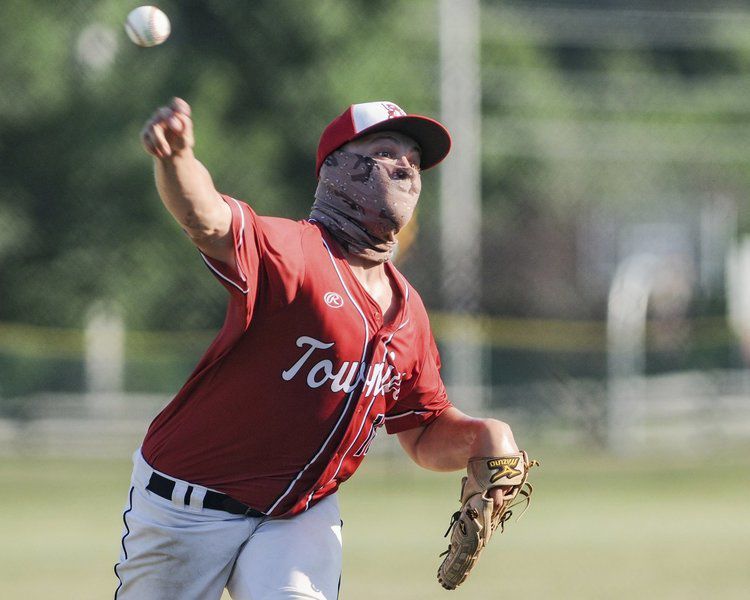 Jaime Campos/Staff PhotoRockport's Nolan Webb lays off a pitch in Thursday's game against the Hamilton Generals.

Jaime Campos/Staff PhotoTownies second baseman Joe Muzio puts the tag on a Hamilton runner, who slid in safely with a stolen base.

Jaime Campos/Staff PhotoRockport's Jameson Kamm connects for a three-run homer in Thursday's game at Patten Park. The home run ended up being the difference in a 5-2 Townies win.

On Tuesday night, the Intertown Twilight Baseball League opened up its 91st season with the Manchester Essex Mariners taking on the Ipswich Chiefs.

On Thursday night, it was the Rockport Townies and Hamilton General's turn to open up the season. The two teams, which are long time consistent commodities in the league, opened up at Patten Park, and while both teams showed a little opening day rust, it was a well played and well pitched contest.

In the end, the Townies came away with a 5-2 victory thanks to a five-run fifth inning.

Generals south paw Luke Painchaud was in control through the first four inning, retiring the leadoff batter in each frame while allowing no runs on just one hit. Rockport, however, got its bats going in the top of the fifth.

Trailing 2-0 after Hamilton scored a pair of runs in the third on a bases loaded walk and a bases load hit batsmen, the Townies came to life with five straight hits and five runs to open the fifth inning.

Jack Sperry led off with a single followed by a base knock from Charlie MacDowell. Kyle Beal then singled in Sperry, and MacDowell came around to score as well on an errant throw to first base. After a Joe Muzio base knock, Jameson Kamm delivered what turned out to be the game winning blow, a three-run homer over the fence in left to make it 5-2 Townies.

Rockport sent four pitchers to the mound on Thursday night with Beal earning the win allowing one earned run in two innings of relief. Derick MacDowell pitched two scoreless innings to start, Ethan Tanson went two scoreless out of the pen and Jake Engel earned the save with a scoreless bottom of the seventh, pitching out of a jam after walking the first two hitters.

The Townies are back in action on Sunday for their home opener at Evans Field in a rematch with the Generals (6 p.m.).

The ITL, the longest running amateur baseball league in the country, is playing a half season schedule for 2020 as the COVID-19 pandemic wiped out the first half. The league consists of six teams this season as the Topsfield Torries merged with the Ipswich Chiefs and join the Townies, Generals, Mariners, Rowley Rams and Beverly Giants.

After a 10-game regular season, the teams with the two best records will earn a spot in the semifinals with the other four teams competing in a play-in tournament. The season is expected to wrap up in late August.

The Townies were bounced in the semifinals a year ago but won the championship in 2017 and 2018.