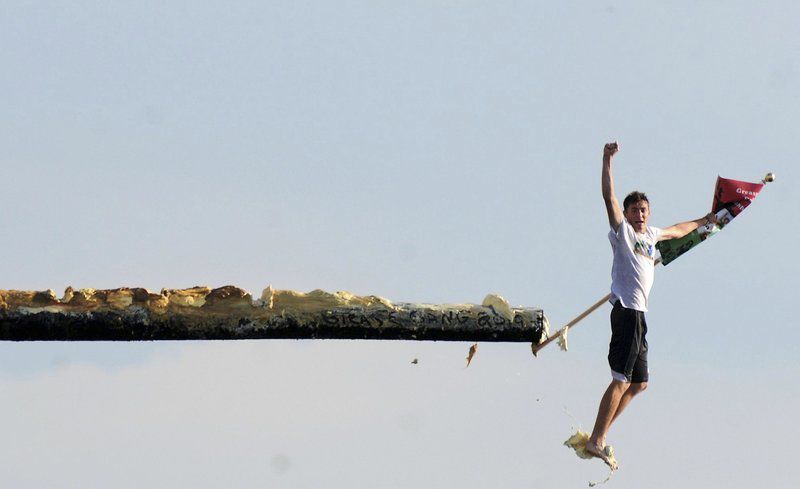 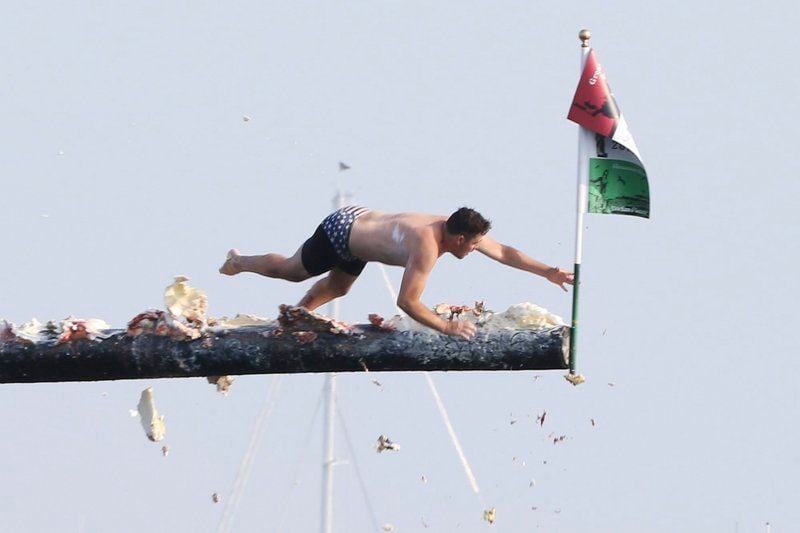 Staff File PhotoRandy Sweet grabbed his third flag of the decade on Sunday 2018. 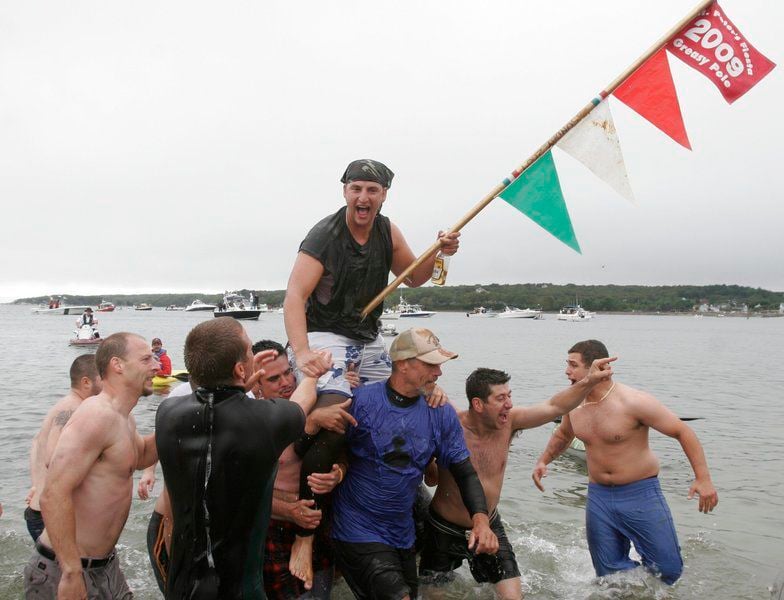 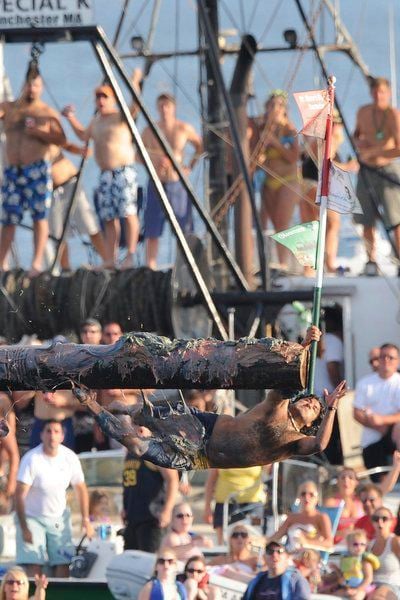 Staff File PhotoRandy Sweet grabbed his third flag of the decade on Sunday 2018.

When it comes to St. Peter's Fiesta's most well-known and popular sporting event, the greasy pole, what a decade the 2010's were.

In 30 competitions from 2010-2019, 18 different walkers traversed the 40-foot greased telephone pole that sits in Gloucester Harbor. Nine of those winners ended up being multiple-time winners in the decade while multiple walkers turned in all time performances.

Here's a look at some of the best moments on the greasy pole over the last 10 years.

Stew McGillivray moved into the top five in terms of all time greasy pole wins this decade with wins in the Sunday competition in 2010 and 2012.

His win in 2010 was his third Sunday flag in a row and fifth flag overall with an impressive dive. He took it down again on Sunday in 2012, this time he regained his balance twice along the way to reach the end standing upright.

McGillivray is currently tied for fourth all time with six championships and he was the man to beat on the greasy pole in the early part of the decade.

On the 20-year anniversary of Jake Wood becoming the first walker to win three flags in one year, the first year of the Friday pole in 1999, Derek Hopkins matched the accomplishment with one of the best individual performances the sport has seen.

Hopkins made it look effortless last summer as he used speed and long strides in three flawless walks to take home the Friday, Saturday and Sunday titles. He is, in fact, perfect on the greasy pole as he made it all the way to the end of the pole in each of his three courtesy round walks as well.

The 2019 GHS grad quickly climbed the ranks in one year as his three wins are tied for most greasy pole flags this decade. His performance was so impressive last summer that he looks like the walker to beat for the foreseeable future.

Hopkins, however, does have some serious competition on the pole if he ever does fall, and Randy Sweet is another walker that only needs one chance to snatch a victory.

Incredible balance is Sweet's key to victory. He is far from the fastest walker out there but he is one of the most efficient as he rarely sways and he can finish when he gets in close.

Outside of McGillivray, Hopkins and Sweet, six other walkers took down multiple flags in the 2010's and all are still threats to win near the top of the Sunday lineup.

Barry could have a claim for the most greasy pole flags this decade. Barry won three times in official competition, taking down the Friday 2013, Saturday 2014 and Sunday 2016 flags. He also won a special competition in 2011. After the old greasy pole was blown over in a storm, the platform moved to Newell Stadium for a fundraiser competition. Barry was one of three walkers to take down the flag that day.

Joe DaSilva and Nicky Avelis each won a pair of flags with DaSilva taking home the Friday 2011 and Saturday 2015 flags and Avelis winning on Saturday in 2012 and Sunday in 2013. They were also the other two walkers to win the Fall Classic competition as well.

Jake Wagner took home two impressive Sunday flags in 2015 and 2017. The 2015 competition was a rare Monday greasy pole as a storm wiped out the Sunday competition that season.