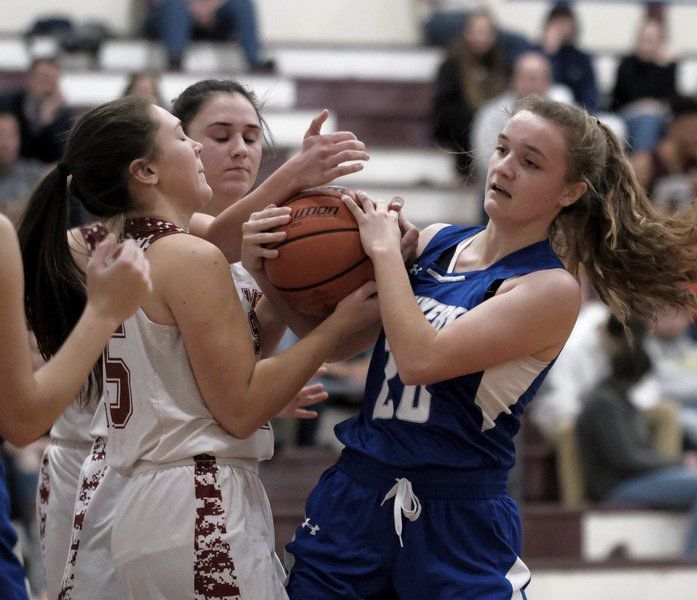 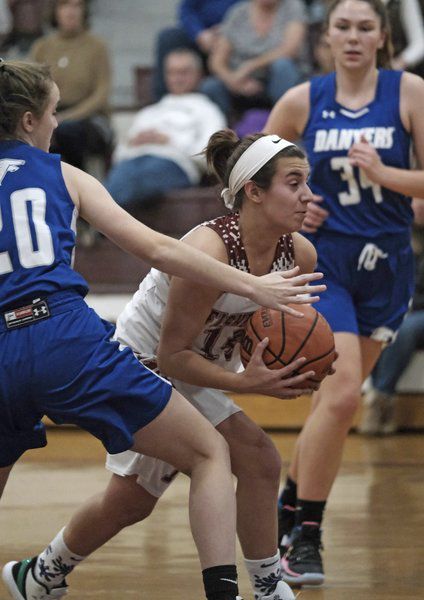 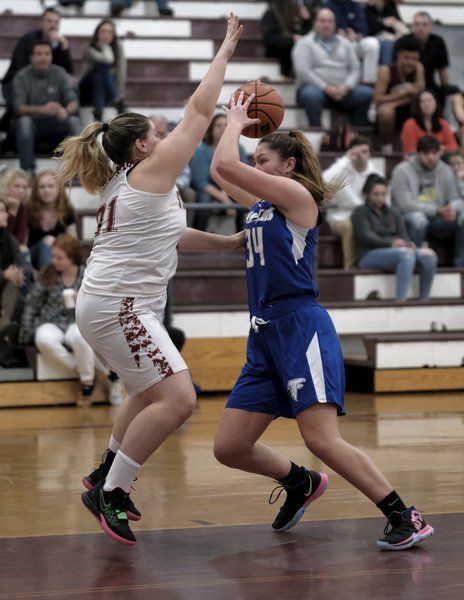 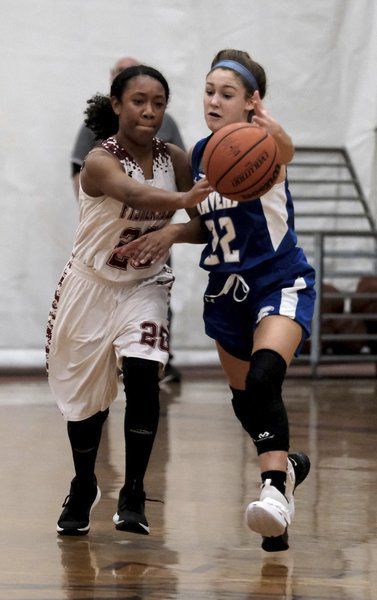 Gloucester’s Toniya Wongus goes after a loose ball with Sabrina Auciello of Danvers in Friday’s game at the Smith Field House. 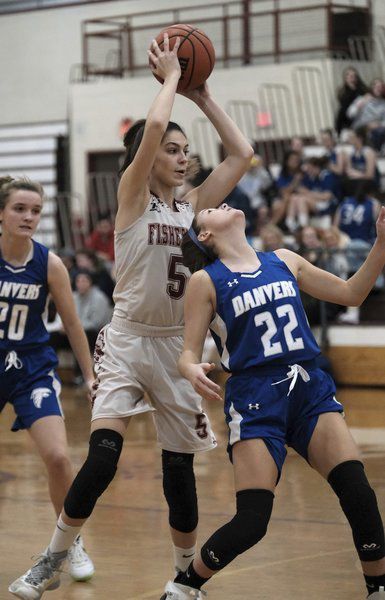 Gloucester forward Brittney Anderton brings down a rebound on Friday against Danvers.

Gloucester’s Toniya Wongus goes after a loose ball with Sabrina Auciello of Danvers in Friday’s game at the Smith Field House.

Gloucester forward Brittney Anderton brings down a rebound on Friday against Danvers.

It was just the start the Gloucester girls basketball team was hoping for in Friday’s Northeastern Conference North contest with Danvers.

Freshman Taniya Wongus knocked down two shots in the first 35 seconds to give Gloucester an early five point lead. Danvers, however, took control from there, scoring the game’s next 20 points en route to a 49-29 win at the Smith Field House.

“(Gloucester) came right out and jumped up on us by playing hard,” said Danvers head coach Pat Veilleux, whose team improves to 3-2 on the season. “But we rebounded and defended well and got back on track. It was an ugly win and Gloucester forced us into some sloppy plays, but we will take them any way we can get them.”

For Gloucester, it was a step in the right direction in what head coach Shaun Goulart calls a development year.

“That’s our focus right now, development,” said Goulart, whose team drops to 0-5. “We have a lot of kids working hard out there and we are showing some improvements. I thought we handled the Danvers press much better than we handled Marblehead’s in the season opener. It’s those little things we’re trying to improve along the way, we just need to find ways to score more so it can show with a win.”

Gloucester struggled from the field on Friday night, especially in the first half. After the 5-0 start, Gloucester went more than 12 minutes without a point and did not hit another shot from the field until the opening minutes of the third quarter.

A lot of that had to do with a strong defensive effort from Danvers, as captains Cheyenne Nessigner and Maddie Montanari controlled the paint and prevented Gloucester from getting second chance opportunities.

“This was a big one for us because we’ve got some tough games coming up starting with Swampscott on Tuesday,” Veilleux said. “A win on the road in the conference is always big.”

Nessinger led all scorers with 14 points to go along with eight rebounds and four blocked shots. Danvers spread the ball around on Friday as 10 players scored at least a point in the win.

Wongus led the Fishermen with 13 points including all seven of the team’s first half points. Kate Bevins chipped in five points and Natalie Favazza had seven rebounds.

“We knew we would have some growing pains early,” Goulart said. “But we’re already showing some improvements. I liked the way we defended until the end. If we can start to score more consistently we will be right in every game. And it’s games against good teams like (Danvers) that will make us better.”