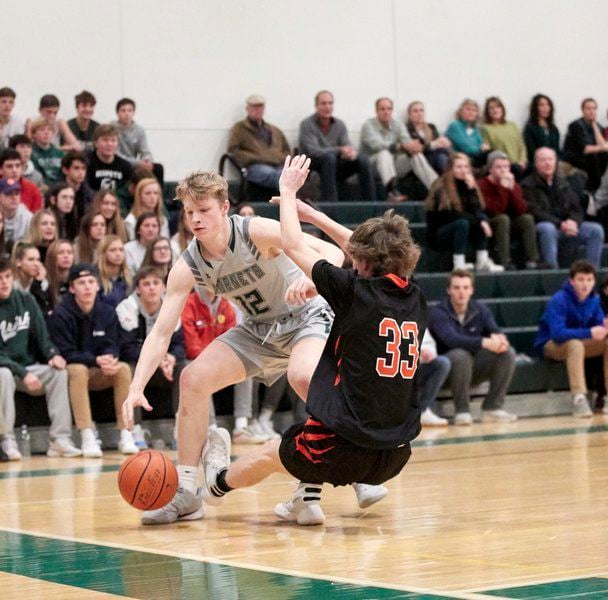 Jared Charney PhotoJack Shaw and the Hornets take on Hamilton-Wenham in the opening round of the BankGloucester Holiday Tournament on Friday in Gloucester. 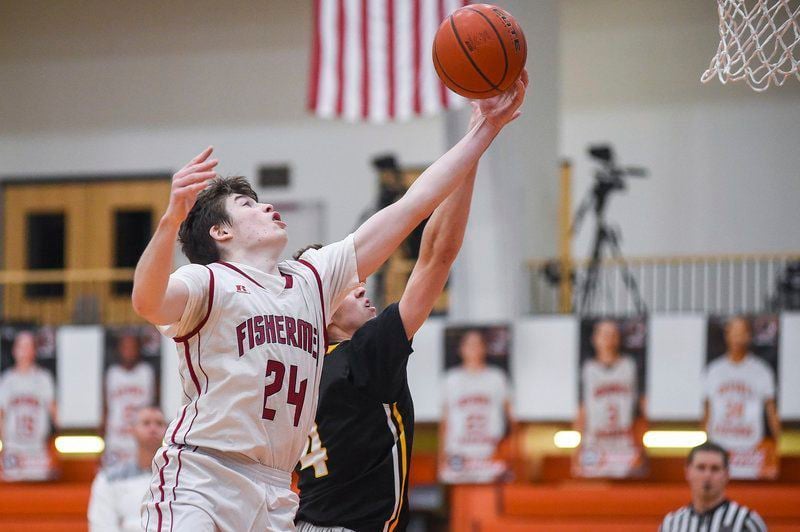 Jaime Campos/Staff PhotoMarcus Montagnino was the MVP of the last BankGloucester Holiday Tournament in 2017. The tournament returns to GHS on Friday and Saturday.

Jared Charney PhotoJack Shaw and the Hornets take on Hamilton-Wenham in the opening round of the BankGloucester Holiday Tournament on Friday in Gloucester.

Jaime Campos/Staff PhotoMarcus Montagnino was the MVP of the last BankGloucester Holiday Tournament in 2017. The tournament returns to GHS on Friday and Saturday.

It's not only a holiday week, it is also a Holiday Tournament week for Cape Ann high school sports teams.

The Gloucester Daily Times will be previewing all three tournaments this week, all begin on Friday afternoon, starting off with the annual BankGloucester Holiday Tournament at the Smith Field House.

The tournament, hosted annually by the Gloucester boys, took a year off in 2018 but has returned in 2019 with familiar faces to the Fishermen, both in the holiday tournament and in the Northeastern Conference.

The tournament opens up on Friday afternoon with the host Fishermen taking on rival Danvers, a tourney newcomer, with a 2 p.m. tipoff. That game is followed by a meeting between two Cape Ann League Baker Division rivals in Manchester Essex and Hamilton-Wenham in the second game at 4 p.m. Both are long time tournament participants.

The winners meet in the tournament final on Saturday at  4 p.m. with the consolation game at 2 p.m. between Friday's losing teams.

"It should be some good competition all around," Gloucester head coach Khris Silveria said. "It opens up with two rivalry games and all the teams know each other pretty well. Should make for some good basketball."

The BankGloucester Tournament has been running annually since 2006 with a hiatus last winter. The Fishermen actually won the last tournament back in 2017 with then sophomore forward Marcus Montagnino taking home MVP honors.

Friday's opening matchup against Danvers features two teams in a similar spot that had a memorable meeting a season ago.

It's a rematch of last year's Division 2 North First Round, an overtime win for Gloucester that could have gone either way. This season, however, both teams have a different look to their starting lineups with plenty of new players in new roles on both ends of the floor. Gloucester has only one starter returning from last year in Montagnino while Danvers has a brand new starting lineup this winter and only three returning varsity regulars.

The Fishermen are looking to build off of a solid 2-1 start, with wins over Marblehead and Saugus, while the Falcons are looking to stay hot as they enter on a two-game win streak, with wins over Winthrop and Lynnfield, after dropping their first two games of the season. The game will count as a Northeastern Conference North meeting.

While Gloucester vs. Danvers is an official NEC matchup, Manchester Essex vs. Hamilton-Wenham is a non-league bout and a preview for what's to come in the CAL as the two rivals will meet in Baker Division action two more times this winter.

The teams split two meetings a season ago with Manchester Essex winning the league and Hamilton-Wenham finishing right behind them in second place.

The Generals last won this tournament back in 2016 while the Hornets are looking for their first tournament title since 2012.

Manchester Essex will enter at 2-0 with two CAL Baker wins over Georgetown and Ipswich thanks to an aggressive defense while Hamilton-Wenham is 1-2 and has struggled in the early stages of the season but won its last game over Rockport.