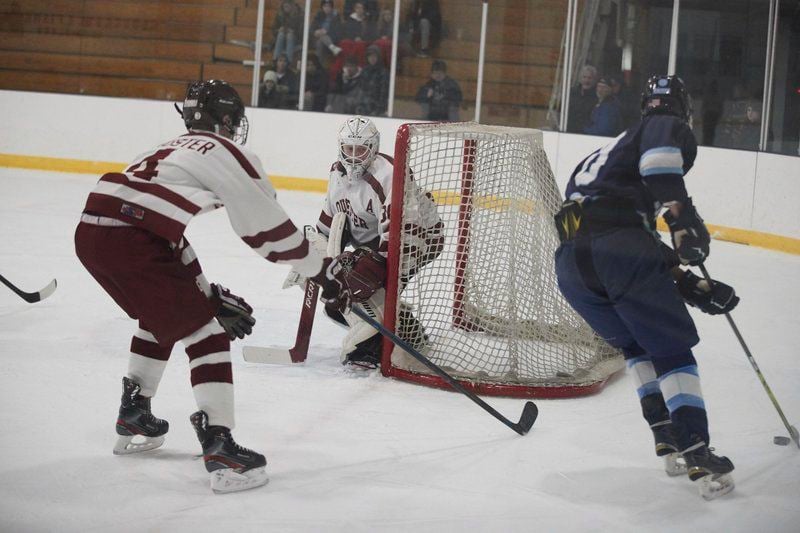 Jared Charney PhotoConnor Vittands and the Fishermen are looking to get back on track in this weekend's Cape Ann Savings Bank Holiday Tournament at Talbot Rink. 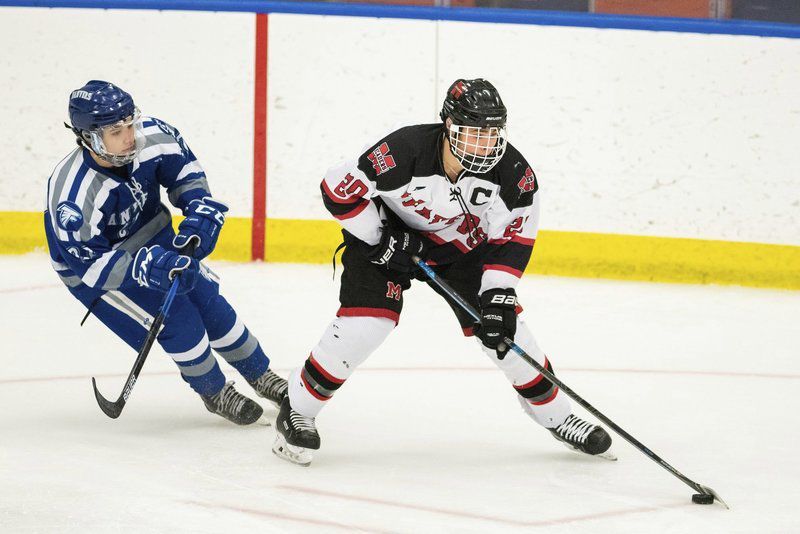 Jared Charney PhotoConnor Vittands and the Fishermen are looking to get back on track in this weekend's Cape Ann Savings Bank Holiday Tournament at Talbot Rink.

The 13th annual tournament, which Gloucester has hosted since 2007, features four familiar teams that have found plenty of success on the ice in recent years.

The host Fishermen will open up the tournament on Friday night at 6 p.m. against Westfield, a team that is a tournament regular both in the early years and the last three years of play. Gloucester and Westfield will be meeting for the first time in the tournament since 2010.

Friday's winners meet in the tournament final on Saturday at 8 with the consolation game at 6.

Gloucester is hoping the weekend tournament can give it a jump start. The Fishermen have struggled in the early going sporting a record of 0-2-1 while being outscored 10-3 in losses to Masconomet and Triton and a draw against Algonquin.

"We need to get to work to turn this around and the tournament is a great place to start," said Gloucester head coach Derek Geary after Saturday's loss to Triton. "It's a strong tournament, every team is good. Westfield is one of the best teams in Western Mass. and we're familiar with Marblehead and Beverly.”

Westfield enters the tournament at 2-3, fresh off a 5-1 win over Revere. The Bombers are the only team in the tournament that has not won it yet, but it's also had fewer opportunities than the rest of the field.

The Fishermen are searching for their third overall tournament title and first since 2017.

Marblehead has dominated tournament play in recent years, winning the title in 2018 and taking home the championship in three of the last four seasons.

The Headers are also off to a hot start in 2019-20, entering this weekend's slate of games with a 3-0 record with wins over Danvers (7-2) in their NEC North opener, Peabody (6-2) and Amesbury (3-2). Marblehead figures to be the tournament favorite entering the weekend with an explosive offense.

Beverly, on the other hand, has the most Cape Ann Savings Bank Tournament titles with five, but has not won once since 2014. The Panthers dominated the early years of the tournament winning five times in seven seasons from 2008-14, but has struggled in recent seasons.

The team, however, is looking rock solid in the early stages of the season and enters the tournament with a record of 1-1-1 under new head coach Greg Fonzi. The win was an impressive one too, 4-1 over an always strong Winthrop program.

All four teams in the tournament have no common opponents so far this winter.