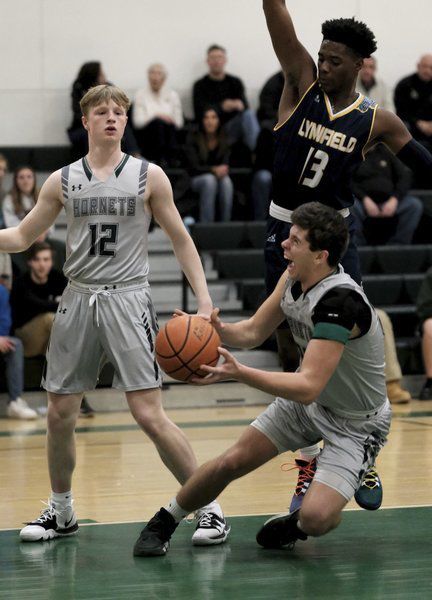 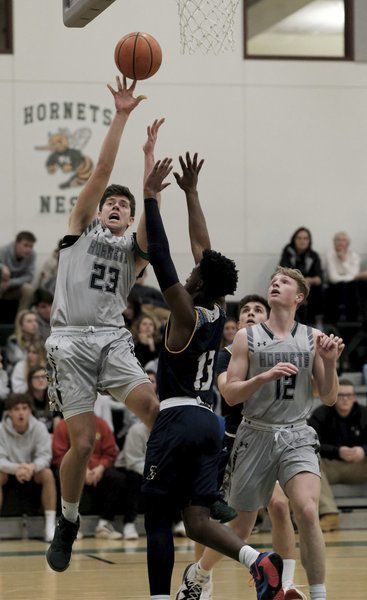 Kirk R. Williamson PhotoManchester Essex's Frank Wood puts up a shot in the paint in Tuesday's game against Lynnfield. 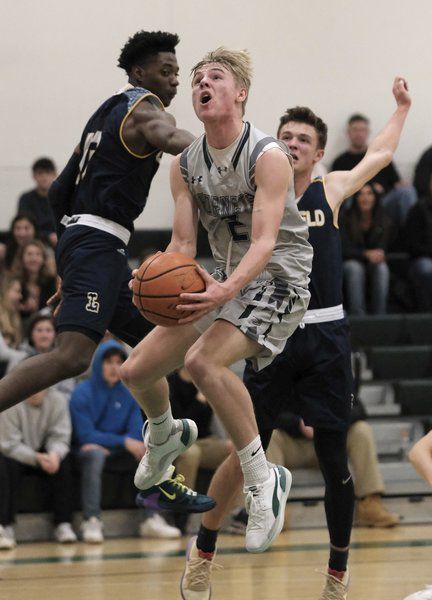 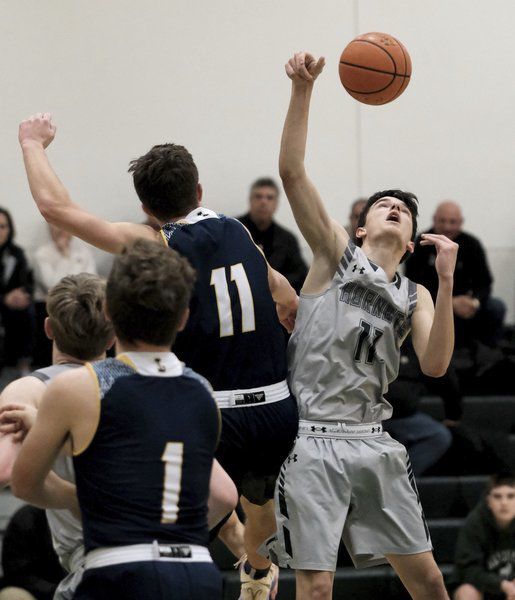 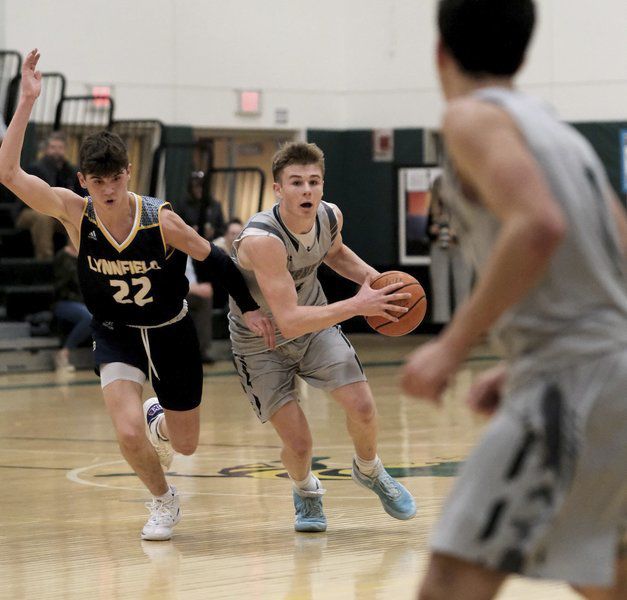 Kirk R. Williamson PhotoManchester Essex's Kellen Furse looks for an open teammate while bringing the ball up court on Tuesday against Lynnfield. Furse had 25 points in a Hornets win.

Kirk R. Williamson PhotoManchester Essex's Frank Wood puts up a shot in the paint in Tuesday's game against Lynnfield.

Kirk R. Williamson PhotoManchester Essex's Kellen Furse looks for an open teammate while bringing the ball up court on Tuesday against Lynnfield. Furse had 25 points in a Hornets win.

The Hornets were ice cold from the floor early, knocking down just one of their first 11 shots, while the visiting Pioneers were a step ahead of their defense in opening up an early 11-point lead.

"It shows how disciplined and confident the boys are," said Manchester Essex head coach Tim St. Laurent, whose team moves to 11-2. "We didn't come to play the first few minutes but we just kept working, the defense came around and the shots started to fall. It turned into a very good win."

Tuesday's win was a big one for Manchester Essex, which keeps its one-game lead in the CAL Baker Division over Hamilton-Wenham, which upset a Newburyport team on Tuesday night that was unbeaten in the league heading into the game. Lynnfield entered the game in second place in the CAL Kinney.

Trailing 16-5 in the waning minutes of the opening frame, the Hornets went up to cut that deficit to 18-10 by the end of the quarter. While that may not seem like much, just getting a couple of shots to fall and turning in back-to-back strong offensive possessions was a key point in the game.

"Closing that first quarter at least had us feeling like we were back in the game," St. Laurent said. "We were only down 11 but it felt like more and to get something going helped turn us around."

They then exploded offensively in the second quarter. Led by the hot hand of Jack Shaw, who scored 15 of his 23 in the second frame, the Hornets used a 9-0 run to take a 32-26 lead in the final two minutes of the quarter, a lead that grew to 39-32 by halftime.

Manchester Essex scored 29 points in the second frame while allowing only 14.

"It starts with the defense, we got it going in the second quarter," St. Laurent said. "And we made a switch to an offensive set that got us going. Jack came and really brought it, he did a fantastic job getting us the momentum at halftime and got hot when we really needed someone to."

Lynnfield pulled to within two in the opening minutes of the second half, 44-42, but the Hornets again finished strong, extending the edge to 59-48 after three and pulling away even further with another strong showing in the fourth.

Kellen Furse led the way with 25 points. Manchester Essex dominated in the rebounding department with a 41-27 edge. Furse, A.J. Pallazola and Frank Wood all had nine boards each. Mason Paccone also scored in double figures with 12.

The Hornets have another big game back at home on Wednesday night against Pentucket (6:30 p.m.).