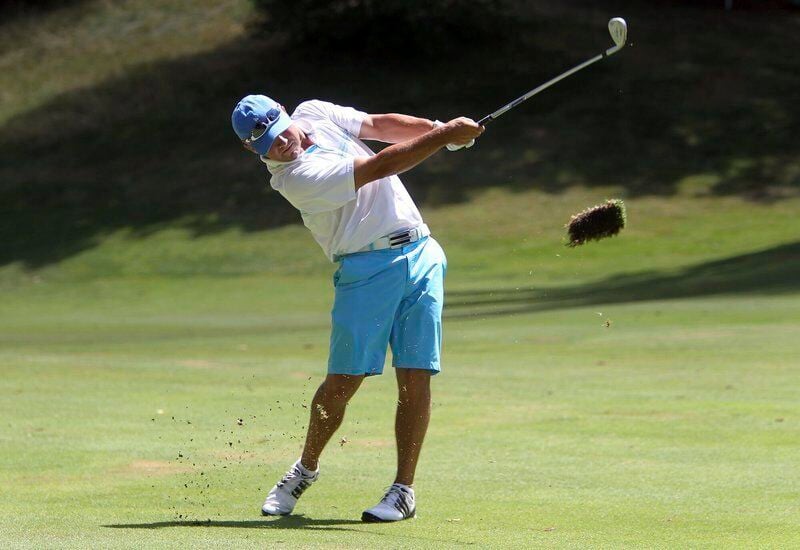 Staff File PhotoJosh Salah, seen in action at the 2012 Bass Rocks Club championship, has ended his professional golfing career, which saw him compete on the Asian Development Tour for the last six years.

Staff File PhotoJosh Salah, seen in action at the 2012 Bass Rocks Club championship, has ended his professional golfing career, which saw him compete on the Asian Development Tour for the last six years.

Josh Salah’s quest to succeed as a touring professional golfer has ended.

“It was time to make a life change, simple as that,” Salah, 30, of Gloucester said, after spending most of the last six years competing on the Asian Developmental Tour. “I wanted to have some normalcy in my life and be able to spend more time with family and friends.”

Salah was a standout player for Gloucester High, winner of two Bass Rocks club titles, a frequent contender in state and regional events, and the Northeastern Conference Player of the Year at Sacred Heart University in 2012 before he turned professional seven years ago.

With financial backing from members at Bass Rocks and Myopia, where he caddied for several years, he was able to start his quest to make it on the PGA Tour by competing on the Asian Development Tour halfway around the world.

“I would not trade that six-year experience for anything,” says Salah, who now works for Toast, a Boston-based national company that provides a variety of point-of-sale solutions for the restaurant industry. “I learned about the world, different cultures and lifestyles and about myself. And most important, I know I gave it my all. I just didn’t play well enough at the right time to take the next step toward my ultimate goal –playing on the PGA Tour.”

Salah was one of many top-notch amateurs to emerge in Greater Boston over the last decade; players who shot for the stars, meaning the PGA Tour. Jack Whelan of Topsfield and Myopia and Anthony DiLisio of Swampscott and Salem Country Club were two other North Shore hopefuls who turned professional in recent years but did not reach the “Big Show,” as some call it, and gave up the quest. They have regained their amateur status and have more orthodox Monday-through-Friday jobs.

“We give the play-for-pay golf world a shot because of people like Wil Zalatoris,” Salah noted as an example.

Zalatoris, 24, finished top 10 last year at the U.S. Open and finished second at last week’s Masters tournament. Three years ago he missed by two shots of making the cut at the First Stage of Q-School for the Korn Ferry Tour, the PGA Tour’s minor league equivalent. “You just never know when it all might click for you – your golf game – and be on your way to major success,” Salah explained. “So no, I regret nothing I did the last six years playing professionally, mainly in Asia.”

Salah won two tournaments on the Asian Development Tour, both in Malaysia, one in 2016, one in 2018.

“I made great strides with my game and in 2018 was close to making the next step," he said. "Unfortunately, I had a few breaks not go my way and could not keep the momentum going. Timing is everything in professional golf. The competition is super tough at almost every professional level, whether you are in Asia, Europe or the U.S.”

Reviewing his six years in Asia, each year consisting of 25-30 weeks of tournament golf flying from one country to the next. Salah admitted, initially it was a huge adjustment just living day to day.

“The people, the food, the language barriers, the places we lived, the travel,” Salah said. “Over time, I became more and more comfortable with that lifestyle and leaned on other American players for support. A few months into my first year, I rented an apartment in Bangkok, Thailand with a two other American players. We had a great setup, living right next to the golf course and the airport and this became my “home base” for the next 5 years.

“Financially, I was able to keep the dream alive with consistent play, and with the support of some remarkable people,” he added.

Then, when the pandemic struck in early 2020, professional golf in Asia shut down. “I flew home pretty quickly after that,” he said, “and started to look at the big picture. I realized that that it was time to make a life change.’

Salah will not compete in 2021. He will seek reinstatement as an amateur with the United States Golf Association. He hopes the USGA will allow him to return to amateur status by next spring.