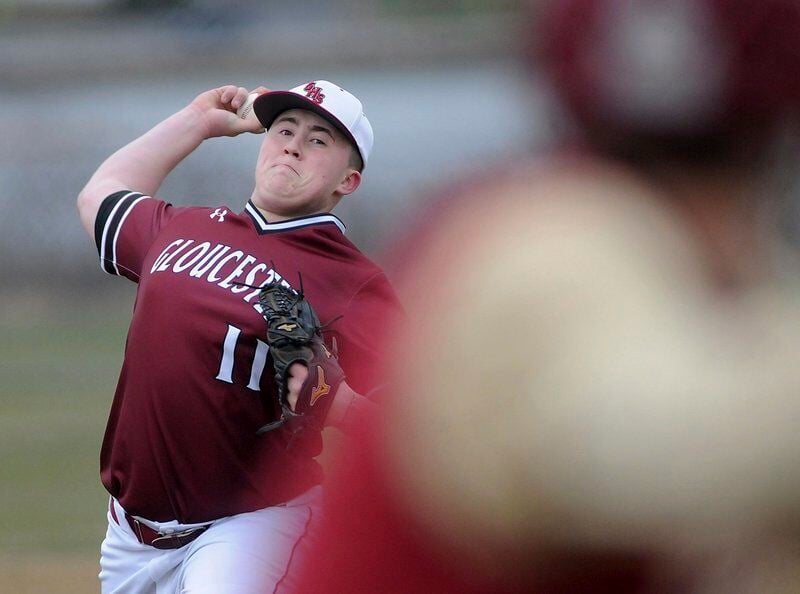 PAUL BILODEAU/Staff photoZach Abbott will be pitching for St. Anselm College in the spring of 2021. 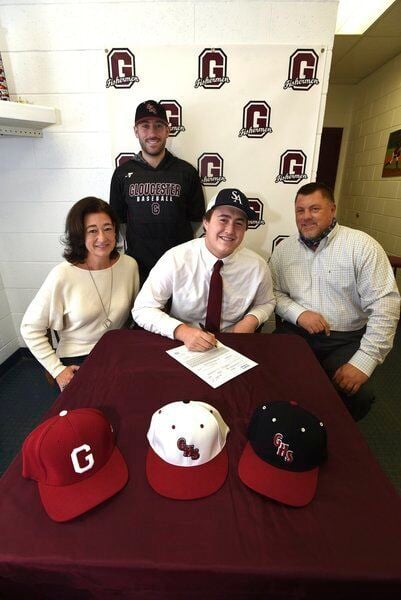 PAUL BILODEAU/Staff photoZach Abbott will be pitching for St. Anselm College in the spring of 2021.

Zach Abbott's junior high school baseball season, and offseason, have been nothing close to normal. But that didn't stop colleges from courting the Gloucester right handed pitcher.On Wednesday, Abbott, now a senior, officially signed his letter of intent to play baseball at St. Anselm College.

"I feel great about the decision, I really just felt comfortable there in my visits," Abbott said. "I like the campus, I like the coaching staff and it just feels like a good fit for me."

Abbott, who is planning on competing in the winter hockey and "Fall 2" football season if they take place, has made the biggest name for himself on the baseball diamond.

The power right hander had a breakout season as a sophomore in 2019 where he matched the Gloucester High single season wins record with 10 to go along with just two losses and an ERA in the ones.

Abbott is known for his heavy fastball, which he can locate all over the strike zone, but he can also be crafty when the situation calls for it.

"Zach is a ball player who knows all the intricacies of the game," Gloucester head coach Rory Gentile said of his staff ace during the 2019 state tournament. "When he has all of his pitches going he is so tough to hit. But even if he doesn't have his best stuff, he's smart enough and knows enough about the sport to be able to dominate anyway."

With his junior baseball season cancelled this past spring due to the COVID-19 pandemic, Abbott still found ways to get the attention of college coaches on the diamond.

"We were out there as much as we could this summer," Abbott said. "(Coach Weed) had scouts coming to us when they could so we were seen."

He also pitched a bit for the Manchester Essex Mariners in the ITL, including six scoreless innings in Game 3 of the finals against eventual champ Rowley Rams. He picked up a no decision in the contest.

Abbott will be coming into a program that is in the midst of a rebuild. St. Anselm finished 6-6 in last year's shortened season, matching its win total from 2019, where it played 42 games.

The Gloucester right hander, who is also a strong hitter and middle of the order run producer, is looking to help out the pitching staff in the spring of 2021, hopefully after a successful senior high school season.

"I was pretty intrigued with the coaching staff and the way they are trying to rebuild the program," Abbott said. "Crossing my fingers that we can get out there and play this spring and then I'm hoping to be able to help the (St. A's) pitching staff when I get there."