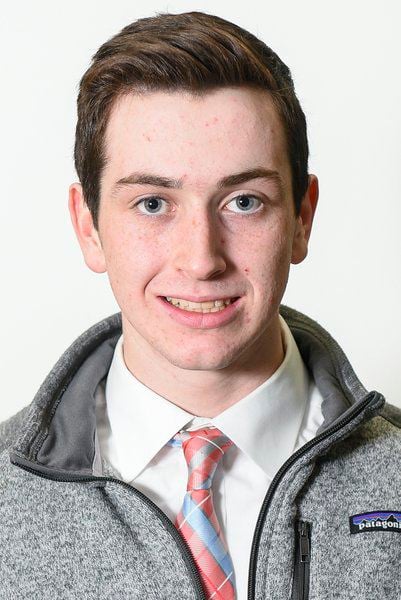 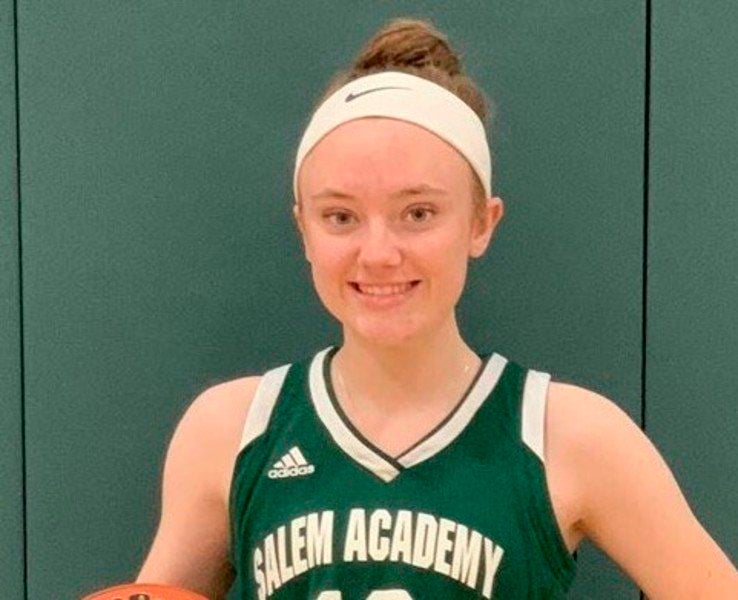 For their prowess both in the classroom and on their respective athletic teams, St. John’s Prep hockey standout Jack Gilligan and Salem Academy basketball star Lindsey Russell have been honored as the Moynihan Lumber Student Athletes of the Month for March.

Gilligan was one of the Eagles’ top defensemen on a team that was one win away from the Super 8 Final, and ultimately a co-state title.

He’s a physical presence on the ice and led all Prep defensemen with five goals and was tied for the lead with 13 points on the season while logging big minutes on the blue line.

In addition, the senior and Catholic Conference All-Star is a two-year captain that provided standout leadership on one of the state’s best teams.

“My role was to lead the younger guys and bring everybody together under one goal,” Gilligan said. “We ended up having a run deep into the Super 8 and I’m proud of what we accomplished.”

Gilligan is also a star in the classroom as he sports a 4.10 grade point average while taking course load filled with honors courses. He is playing junior hockey next year and plans on playing college hockey in the future.

According to the defenseman, his work ethic on the ice carries over into the classroom.

“I think that hard work is the only way to balance both school and academics,” he said. “Taking advantage of free time and getting everything done that you need to is important.”

Russell was the starting point guard for Salem Academy and could fill the stat sheet with her contributions on both ends of the floor.

She was second on the team in scoring with 7.5 points per game and also led the team in rebounds with 7.5 per night. She was also a key ball handler and distributor.

This winter, Salem Academy had the best season in the history of the young program, reaching the Massachusetts Charter School Athletic Organization Championship.

“This year we had a lot of growth and success as a team,” Russell said. “Although we did not come out on top (in the championship game), it was the furthers our program has ever made it and it is something we are all proud of.”

Russell also captained the Salem Academy soccer team to the Charter School State Championship this fall with a team leading 33 goals, earning her Mass. Charter School Player of the Year honors. She was also going to captain the softball team this spring.

The senior captain is also a standout student as she is near the top of her graduating class with a grade point average above 4.0.

“It can be difficult to balance school and sports but being a student athlete helps a lot with my time management,” she said. “Since I have a limited amount of time during the week to get everything done I make sure to utilize all the time I do have so I don’t fall behind.”

Russell will be attending Husson University in Bangor, Maine this fall where she will be in the Doctor of Physical Therapy Program.