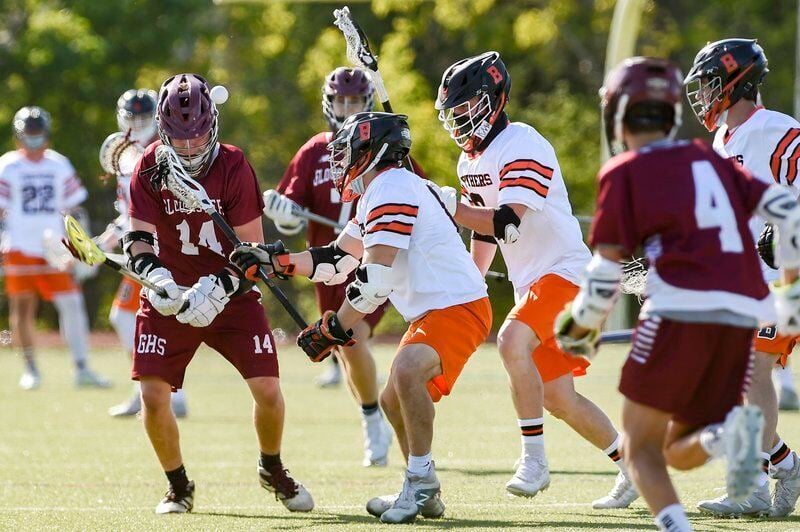 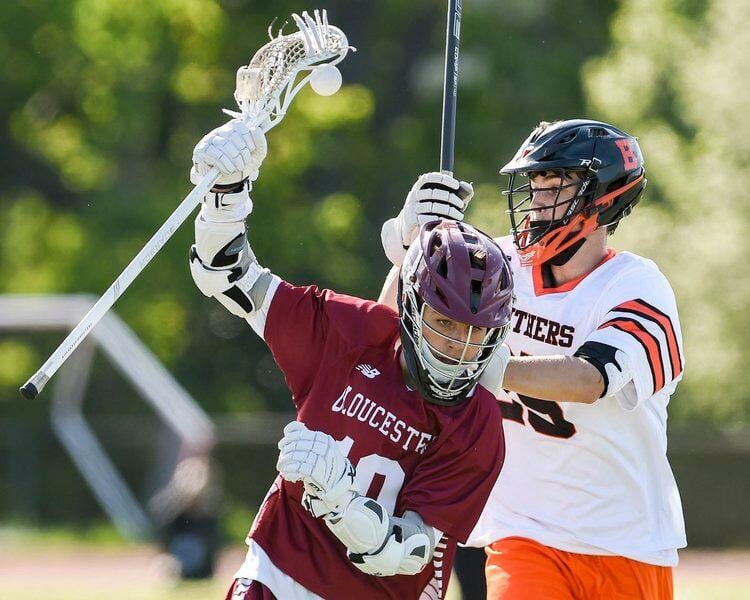 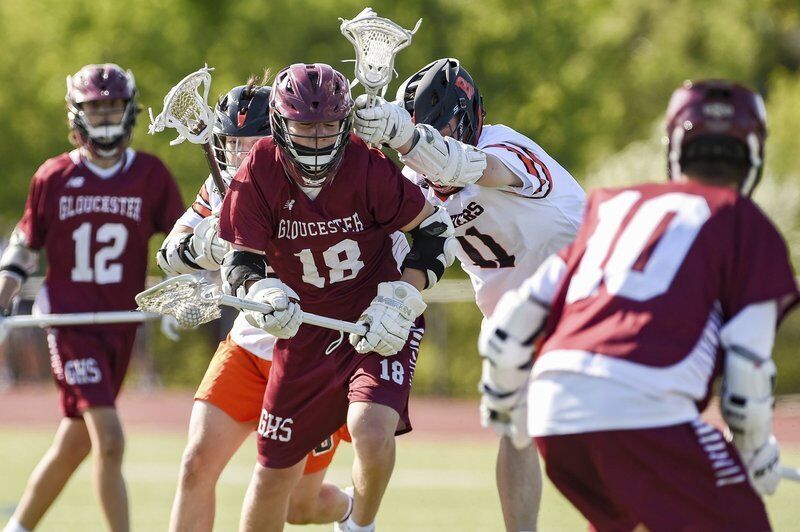 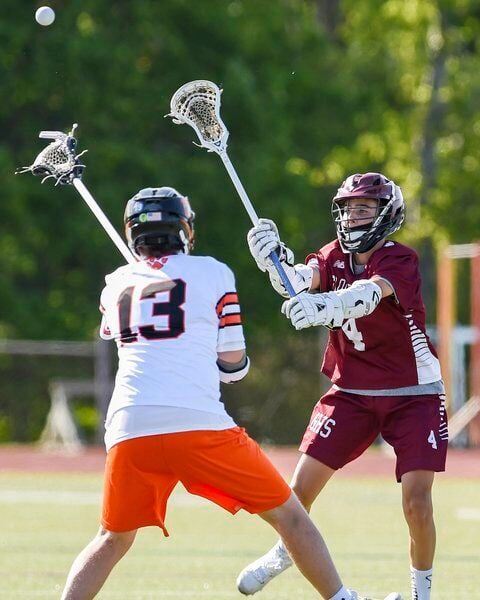 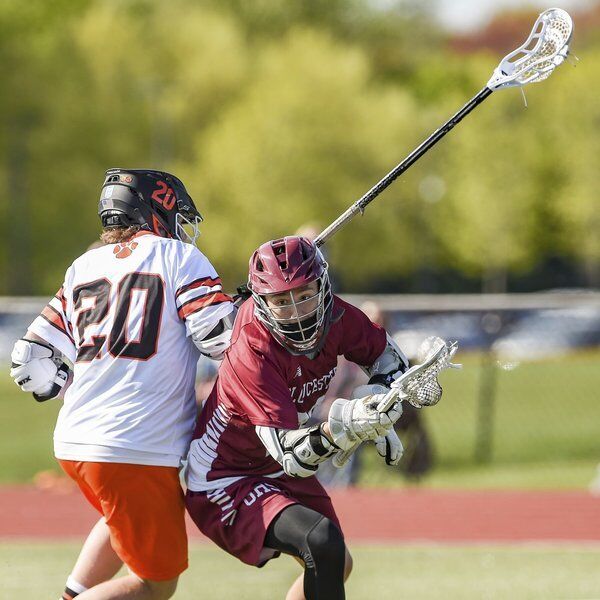 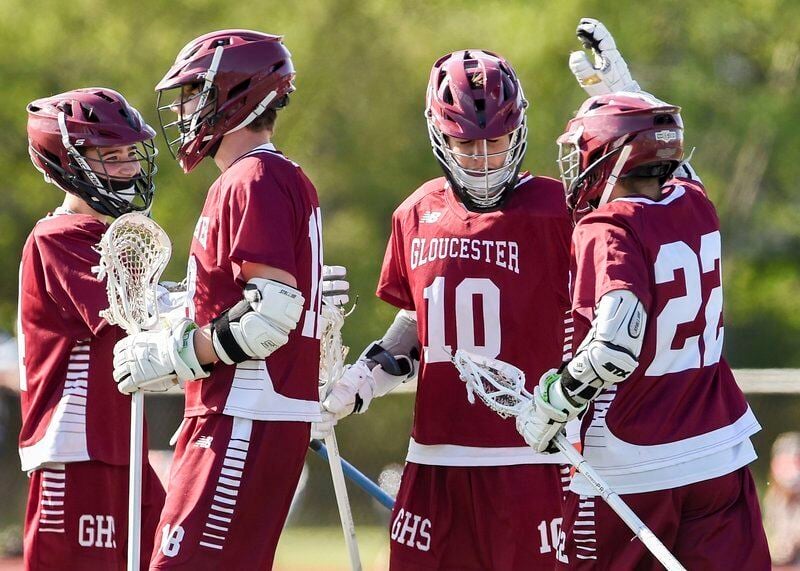 BEVERLY- It was a tale of two halves for the Gloucester boys lacrosse team in Thursday's Northeastern Conference crossover battle at Beverly.

A young Fishermen squad, with only three returning varsity players from the 2019 team, played right with the Panthers in the first half, going into the break tied. In the second half, however, Gloucester was hit with too many penalties while Beverly's physical play started to take over.

In the end, the Panthers scored six unanswered goals in the second half en route to a 10-4 win at Forti Field.

The win was Beverly's first of the season, improving to 1-2 while Gloucester falls to 1-2 with its second straight loss.

"We got our butt's whooped in our last game (a 15-1 loss to Swamspcott) so I was looking forward to seeing how a young team would respond and they responded with a full four quarters of effort today," Girard said. "We still have a lot of work to do but it was an improvement. We just got too many penalties in the second half. It was a very competitive game six-on-six."

Freshman Brett Cunningham (goal, two assists) scored with under three minutes to play in the first half, giving Gloucester some momentum with the game tied, 4-4 at the break.

Beverly, however, dominated play from there.

Kyle Oliphant found the back of the net just 37 seconds into the third quarter to give the Panthers a one-goal lead for the fifth time of the game, 5-4. While Gloucester answered the first four Beverly goals with a goal of its own, Beverly ran with the momentum and instead added to the lead.

Oliphant put home a Cameron Smith pass to give the Panthers their first two-goal lead of the game, 6-4 and then D.J. Bachini put home a Matt Mezza pass to make it a 7-4 edge after three.

Beverly tacked on three more in the fourth quarter from Nick Cole, Jaxon Thomas, a defenseman who scored after creating a turnover around midfield, and Oliphant for his game-high third of the game to cap the scoring at 10-4.

The Panther's physicality was a big factor as the game wore on as a territorial edge and 30 ground balls started to tilt the game in their favor.

"We're trying to play that physical game but they were calling it tight so we had to walk that line between physical and smart," Beverly coach Matt Riordan said. "I thought in the second half we really did that. Bradley Griffin set the tone for us on defense with the ground balls and we stayed out of the box in the second half. I felt that if we stayed out of the box we could control the game."

Beverly also had a big edge in face-offs, winning 17 of the 18 draws on the game with sophomore James Silva giving Beverly possession after possession in a performance that Riordan called "dominant."

"James set the tone of the game with the face-off wins," Riordan said. "You're going to win a lot of games with that kind of effort on face-offs and on ground balls."

Silva's face-off prowess paid dividends right off the bat as he scored just 13 seconds in after winning the opening draw. That started a trend of the teams trading off goals for the remainder of the first half.

Gloucester answered back seven minutes later on a James Sanfilippo goal, but Beverly took the lead back on a Bachini tally. Gloucester again tied it on a goal from Jackson Low, but the Panthers took a 3-2 lead into the second on a goal from Mason Simpson with only four seconds to go in the frame.

A Robbie Schuster goal tied it for the Fishermen but Cole answered back to give Beverly the lead again under a minute later before Cunningham tied it up with a goal late in the second frame.

"I was proud of the fight we showed," Girard said. "We showed improvement from our last game and that's all you can ask for from a young team. We're hoping to learn from these losses and turn them into wins further down the line."

Gloucester returns to action on Monday at home against Saugus (4:30 p.m.).