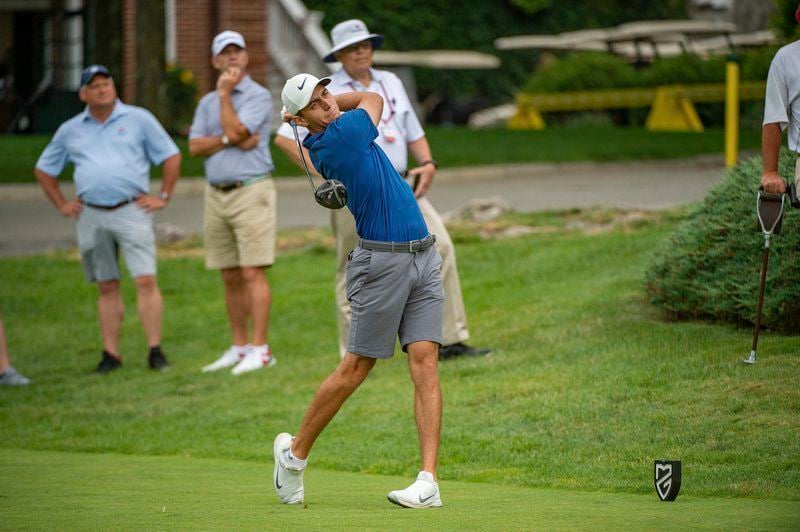 Swampscott's Steven DiLisio, a Duke University student who plays out of Salem Country Club, will be out to defend his Mass. Amateur crown next week. David Colt/Mass Golf 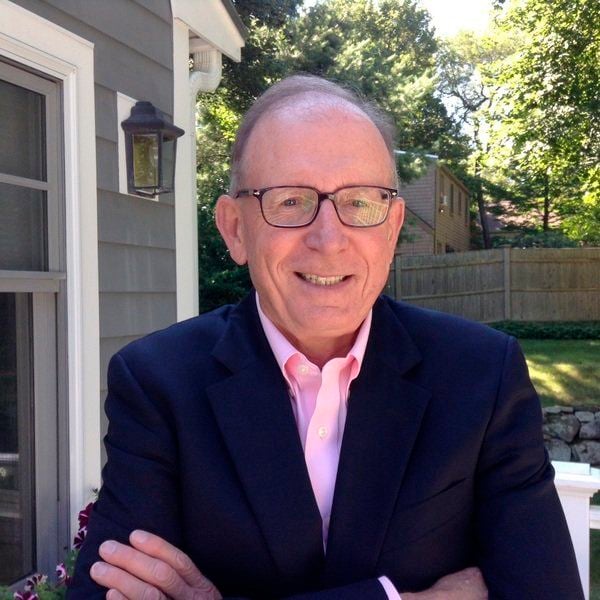 Swampscott's Steven DiLisio, a Duke University student who plays out of Salem Country Club, will be out to defend his Mass. Amateur crown next week. David Colt/Mass Golf

Steven DiLisio, the pride of Swampscott, St. John’s Prep, Phillips Exeter, Duke University and Salem Country Club, can make all kinds of history next week if he can successfully defend his Massachusetts Amateur title at The Kittansett Club in Marion.

Of course, he already made major history when he won the 111th Mass Am. a year ago at The Country Club in Brookline, becoming the first Salem member to capture the coveted trophy. He made an amazing 11 birdies in defeating recent UConn graduate Jimmy Hervol of Hopkinton, 3 and 2, in the 36-hole final.

Now he seeks to become the first North Shore player — and only the 10th player in the championship’s history — to successfully defend the title. The last player to do so was Mike Calef of Brockton CC (now of Pine Oaks, though he lived at the time in Texas) in 2012 at Tedesco and 2013 at Longmeadow.

The first gentleman to accomplish the feat was the immortal Francis Ouimet, who won the first of three consecutive Amateurs at Wollaston in 1913, the same year he rocked the golf world by capturing the U.S. Open at Brookline.

“I try not to think about anything except the tournament at hand,” says DiLisio, 22, when asked about his prospects of repeating. “I can’t allow the pressure factor to affect me.”

DiLisio, like everybody else, was kept off the golf course and practice tee for more than two months because of COVID-19.  But he used his spare time wisely.

In fact, he. pulled off a 'Bryson DeChambeau'. No, he did not put on 40 pounds and increase his muscle mass in stunning fashion, but he did a fair Impersonation of the rising PGA Tour star by puting on 15 pounds of mostly muscle. Now he weighs a solid 195 pounds on his 6-foot-2 frame.

“I got some great direction from our (Duke’s) strength coach, Alex Merrill,” said DiLisio, who'll return to Duke for one more year of competition after being recently accepted into the school’s Management Studies Master’s program. “I feel good. I feel stronger. This should make me a better player. We’ll see.”

The jury is still out. DiLisio finished in the middle of the pack in two College Division Challenge Cup tournaments in the last month.

DiLisio admits it had not been easy keeping his game in shape during the golf course shutdown, but as he clarified, “In the grand scheme of things, giving up golf for a while is not very important compared to trying keep people safe and well everywhere dealing with the coronavirus. We golfers, amateur and professional alike, have all been in the same boat, on the same level of restrictions. Now we’re back competing and trying to give every tournament our best shot.”

DiLisio tees off Monday with Old Sandwich’s Herbie Aikens and Taconic’s Tim Umphrey at 9:18 a.m. in the first round of the 36-hole stroke play qualifier, which will determine the 32 slots for match play that starts Wednesday.

His schedule, after Kittansett, will include the New England Amateur, the Ouimet and hopefully the U.S. Amateur, which he qualified for the last two years but failed to make the 64-man match play. Because there is no sectional qualifying this year, DiLisio has written a letter of consideration to the USGA, stating his case for gaining an invitation, since the 312-player field is being hand-selected by the USGA based on certain criteria.

Correction: The Grande Dame of Wenham Country Club lo these many years has been Pat Tarr, alongside hubby Russ ... Great round from Kernwood head pro Frank Dully, 53, Monday at Ledgemont, shooting a four-under 67 that won him the NEPGA Stroke Play Series event. Salem’s Kirk Hanefeld tied for fifth with 70 while Ipswich’s Aaron Harper shot 72.

Among the players challenging DiLisio at Kittansett will be the 10 who advanced to the main event from the final qualifier at Renaissance June 29. Oak Hill’s Ethan Whitney was medalist with a three-under 69. Three players with North Shore connections made the grade: Aiden Emmerich (72) of Kernwood, Charlie Johnson (72) of Meadow Brook, formerly of Ferncroft, and Brendan Locke (73) of Tedesco. Emmerich, 16, a student at St. Mary’s High in Lynn, will be one of the youngest entrants in the 150-player field, which will include older brother Christian, who plays for Holy Cross.

Jon Yorks won the Kernwood Senior club championship while Jeff Fermon the Super Senior division for the third year in a row ... Barb Hecimovich of Beverly Golf and Tennis (226, tied for 14th) was the best local finisher at the New England Women’s Amateur at North Conway, N.H., while The Meadow’s Donna DiLeso shot 264 and won the Sidney Arnold Legend Trophy.

Gary Larrabee, who pens 'Reading The Greens' each week during the golf season, has covered golf on the North Shore and beyond for the last 50 years.