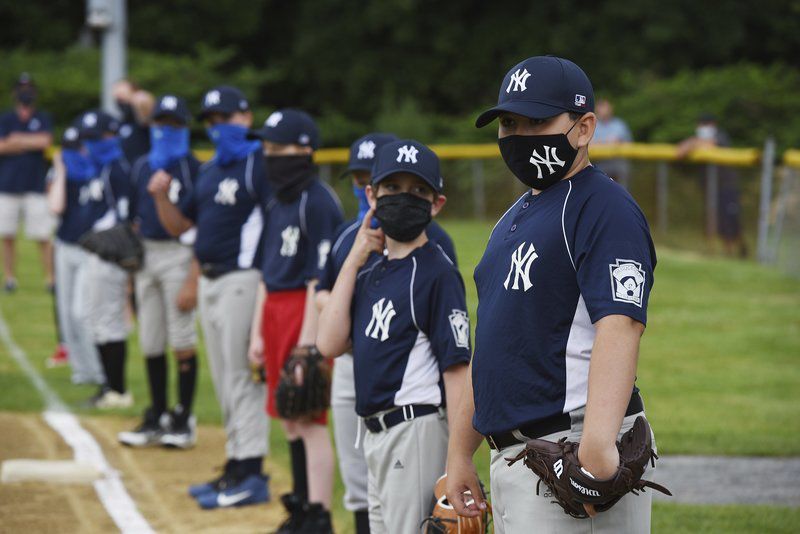 PAUL BILODEAU/Staff photoMembers of the Yankees stand for the National Anthem while wearing their masks during Monday night's pre-game ceremonies. The Yankees and Nationals opened the 2020 Little League season in Gloucester. 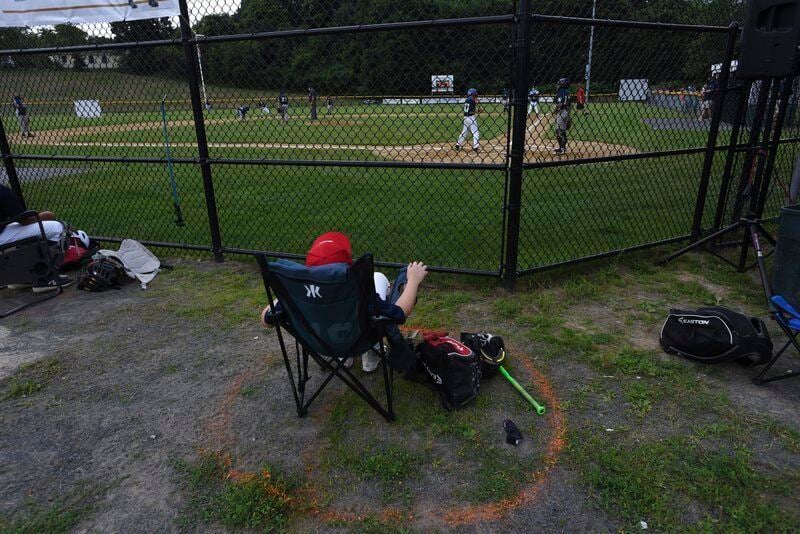 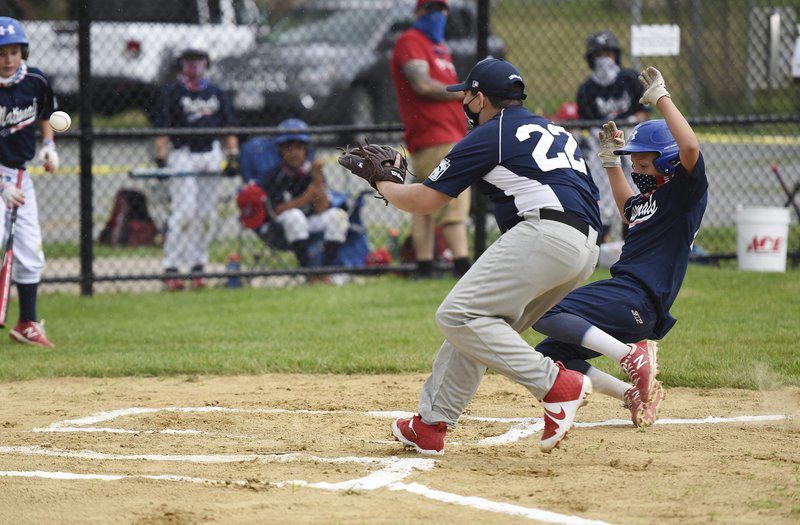 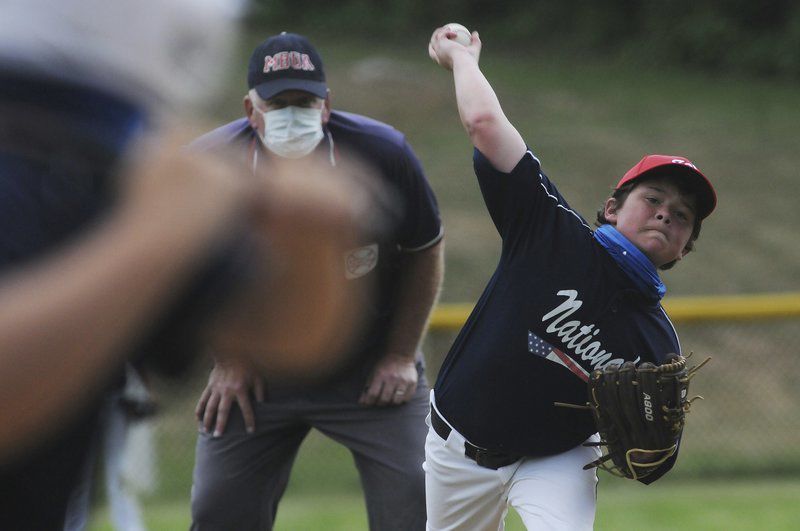 PAUL BILODEAU/Staff photoMichael Marino was the starting pitcher for the Nationals in Monday's Gloucester Little League season opener. He earned the win with four shutout innings. 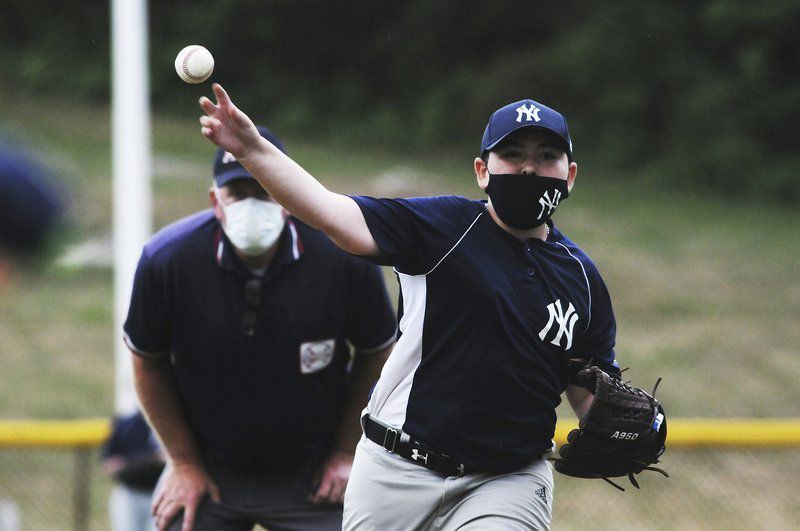 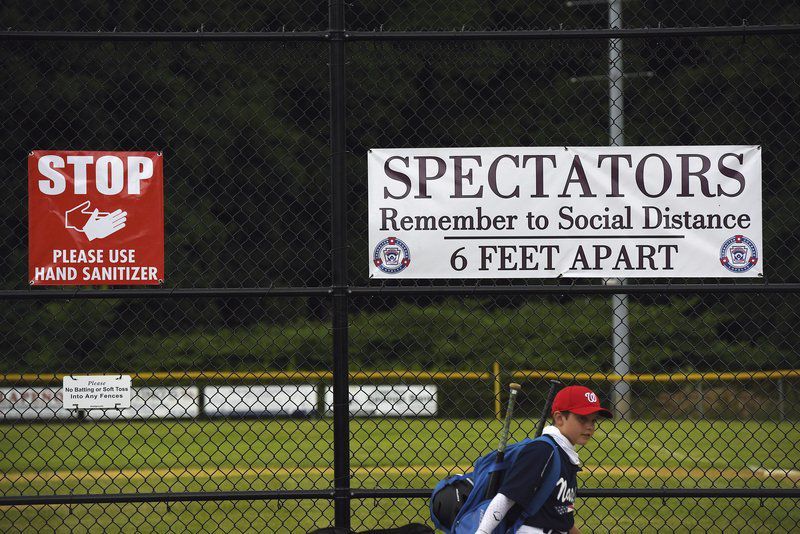 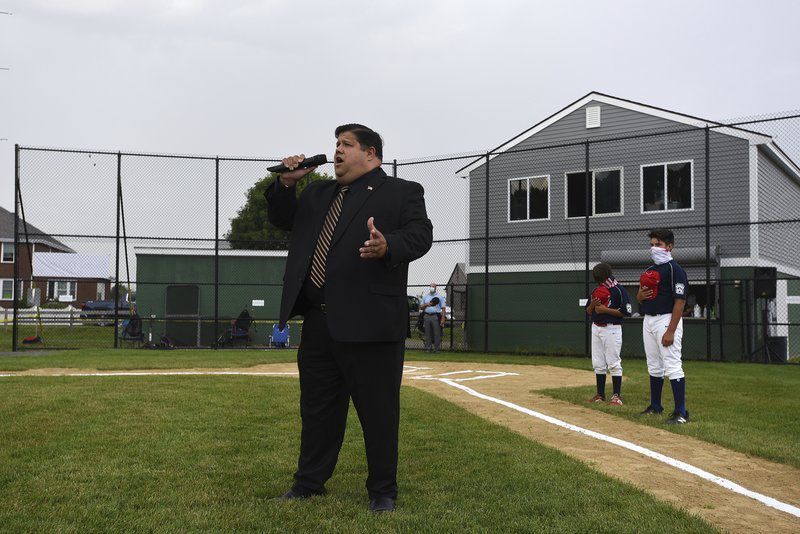 PAUL BILODEAU/Staff photoMembers of the Yankees stand for the National Anthem while wearing their masks during Monday night's pre-game ceremonies. The Yankees and Nationals opened the 2020 Little League season in Gloucester.

PAUL BILODEAU/Staff photoMichael Marino was the starting pitcher for the Nationals in Monday's Gloucester Little League season opener. He earned the win with four shutout innings.

It may have been a few months later than scheduled and with some new etiquette, but Gloucester Little League opened up the 2020 season on Monday night at Boudreau Field.

After months of planning and a tireless effort from the league's board of directors combined with restrictions laid out by Governor Charlie Baker, the league was finally set to go on Monday night, and it was able to turn in some high quality Little League baseball to go along with a group of players, and spectators, that bought into the social distancing rules implemented.

"It felt awesome to see the kids out there playing," Gloucester Little League President Jamie Marshall said. "We are doing our part to really go over the top with our commitment to safety because we want to be an example for the community that we can put something positive together in these tough times."

While the baseball on the field is the game we all know, there were a lot of safety measures the players and coaches are getting used.

The bats were cleaned off after every plate appearance and two players in a row could not use the same bat. The balls were regularly wiped clean and a new set of balls was rotated into play after two innings. Foul balls out of play and fair balls were also wiped down after each play.

Instead of dugouts, the players were sitting in a taped off area outside of the playing field, where they sat in beach and camping chairs while watching their teammates bat and run the bases.

Baserunners were required to wear masks as were the players at each position on the infield that held a baserunner.

At the conclusion of the game, the ceremonial team handshakes were replaced by each team tipping their cap to the other.

Spectators also had to social distance around the field as sitting on the bleachers is not yet permitted. Bottles of sanitizer, provided by Ryan and Wood Distillery in Gloucester, were also provided to both teams.

The good news is that players, coaches and spectators all bought into the safety rules.

"The key is getting everyone to buy in and we saw people buying in (Monday) night," said Marshall. "We want to set the tone at the onset to get everyone into the right habits as much as we can. We all still laughed and had a good time but it was great to see everyone abiding by the rules and because of it the kids get to do what they do on the field."

Marshall also praised the work of the entire Gloucester Little League Board, specifically Travis MacKillop for all the behind the scenes work and Sal Frontiero for keeping the league updated on mandatory safety protocols.

The action on the field started with a pregame ceremony where Boston Bruins National Anthem singer Todd Angilly got it all started with his well known rendition of the Star Spangled Banner.

Next was the ceremonial first pitch, threw out by officers Mike Scola and Peter Sutera of the Gloucester Police Department's "Kops-n-Kids" program.

Lastly, there was a game, and it was a well played game, especially for a season opener that was delayed three months.

The Yankees and Nationals opened up the Majors A (11 and 12 year old) season with the Nationals earning a 4-0 win.

It was a well pitched game on both ends as Michael Marino and Cade Francis of the Nationals combined for a shutout with Marino earning the win and Francis the save. For the Yankees, Logan Jones and Joey Allen combined to allow four hits on the night and a pair of earned runs.

The first run of the season was scored by Nash Marshall, who led off the game by reaching base and later scored on a wild pitch. Marino came in behind him on a Francis grounder on the infield to make it 2-0 Nationals after one.

Allen delivered the first hit of the season, a line shot single up the middle in the bottom of the first inning.

Cam Francis, Connor Mahoney and Marshall each had a base knock for the Nationals, while Jacob Franklin delivered a hit for the Yankees.

"It was a well pitched game on both ends," Marshall said. "It was good to see the kids getting into the game as it went on too. You started to see more rally caps and chants as the night went on. They were all ready and excited to play."

Gloucester Little League held its new player evaluations in March, but with the COVID-19 pandemic, players were not drafted until late June. The regular season is slated to be 10-games for both Majors A (11 and 12 year olds) and Majors B (9 and 10 year olds) with the playoffs starting up in August.