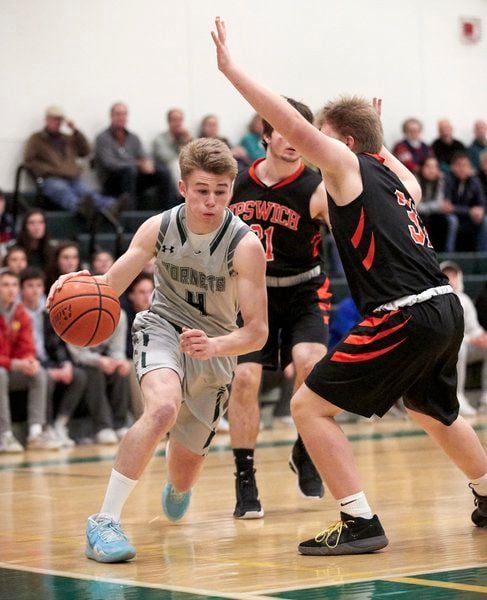 Jared Charney photoKellen Furse and the Hornets sport a 4-0 record heading into Friday’s game against Rockport. 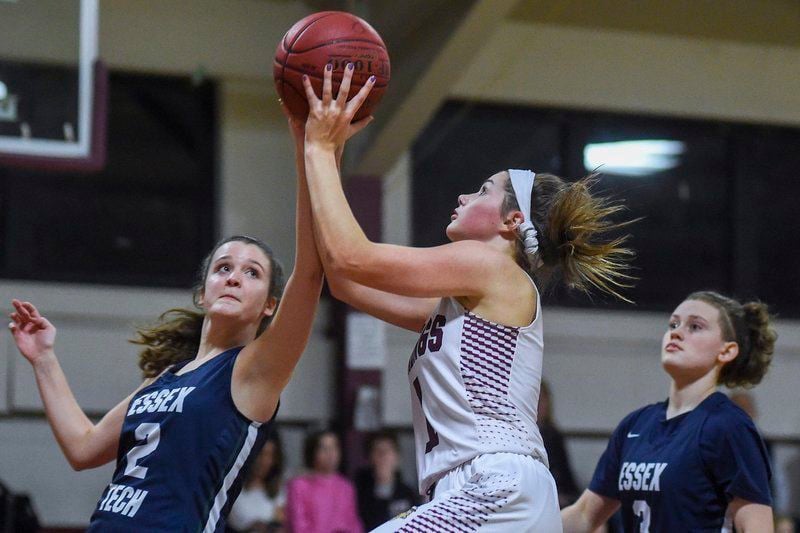 Jaime Campos/Staff photoKylie Schrock has led the Rockport girls to a 5-0 start to the season.

Jared Charney photoKellen Furse and the Hornets sport a 4-0 record heading into Friday’s game against Rockport.

Jaime Campos/Staff photoKylie Schrock has led the Rockport girls to a 5-0 start to the season.

Cape Ann High School sports teams have closed the book on 2019 and starting a new chapter in 2020.With less than one-third of the winter high school sports season completed for most Cape Ann teams - some have not even completed a quarter of the season yet - every team still has a lot to play for with the calendar flipping to a new year.

Rockport girls, ME boys off to hot start

Leading the way for local teams in the early stages of the season are the Rockport girls and Manchester Essex boys basketball teams, both unbeaten in 2019 and hoping to extend those win streaks in 2020.

Both the 5-0 Vikings and 4-0 Hornets have gotten the job done in a similar fashion; with defense.

The Hornets are allowing just over 50 points per game, which is the lowest early season total in the Cape Ann League Baker Division and the second lowest total in the entire CAL. Head coach Tim St. Laurent and company have already jumped to to a lead in the CAL Baker race, although Amebury looks like a team that will be right with them the entire way.

Rockport, on the other hand, is only allowed 28 points per game in its 5-0 start, all five wins against Division 4 teams. With not even one-third of the season complete, the Vikings are now only three wins shy of a state tournament berth.

Head coach Mike Wilson has his team playing lights out in its half court sets. Rockport runs mostly zone but can also play man-to-man, and everything it has done defensively has given opponents a lot of trouble. The team defense combined with Kylie Schrock’s nearly 28 points per game on offense has the Vikings looking like a state tournament caliber team.

Offensively, the Hornets have also been extremely efficient led by a three-pronged attack. Point guard Kellen Furse has been great getting to the basket, and the foul line, while wing shooters Jack Shaw and Mason Paccone, the team’s leading scorer, can shoot the lights out.

If that weren’t impressive enough, Manchester Essex has gotten it done without its best big man, junior Frank Wood, who is expected to return to the lineup soon after missing the early stages of the season with an injury he suffered during football season.

Two local players are getting very close to career milestones this winter.

Field will enter Saturday’s game against Winthrop with 94 career points, needing six in the final 15 games to reach 100 for his career.

Gloucester has not seen a 100 point scorer since Andrew Fulford, who is fifth on the schools all time scoring list with 134 points, reached the milestone during the 2007-08 season.

Back-to-back 20-plus point efforts in the BankGloucester Holiday Tournament have him at 903 points with 15 regular season games remaining for the 3-2 Fishermen.

No Gloucester boy has reached the 1,000 point milestone at Gloucester since Adam Philpott, the program’s second all time leading scorer with 1,300 points, in 2011.

The Gloucester hockey team celebrated the new year with its first victory of the season, and it was a big one, 3-1 over Lynnfield.

The Fishermen had struggled against CAL competition early in the season with losses to Masco and Triton by a combined score of 9-1. But Gloucester picked a great time to turn in a strong performance against a tough Pioneers squad.

At 1-3-2, the Fishermen are now right back in the race to .500 heading into the Northeastern Conference portion of their schedule.

A difficult non-conference schedule in the opening quarter of the season was not kind to Gloucester, as a relatively young team struggled to find its footing against some of the area’s elite squads.

But the schedule softens up a bit and Gloucester now has momentum with 12 of its next 13 games coming against NEC competition.

The Fishermen look to be in every game in the conference as goalie Connor Vittands has been outstanding through five games.

His 2.50 goals against average does not come close to telling the story of his play in goal as he has been dominant at times and consistently strong every night.

It looks like Gloucester’s top two scorers are also heating up as E.J. Field and Jack Costanzo are starting to light the lamp with regularity.