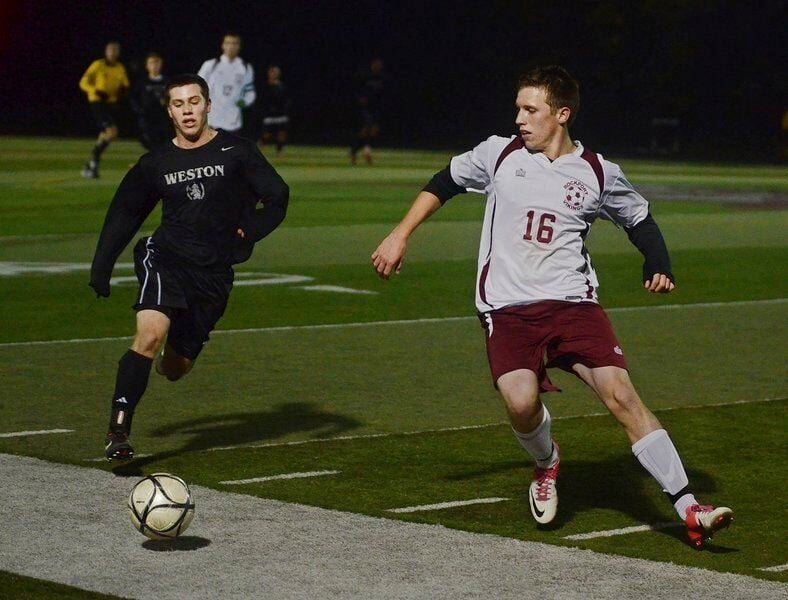 MIKE SPRINGER/Gloucester Daily TimesCaden Tibert was a dominant defensive player on some of Rockport's best teams of the decade. 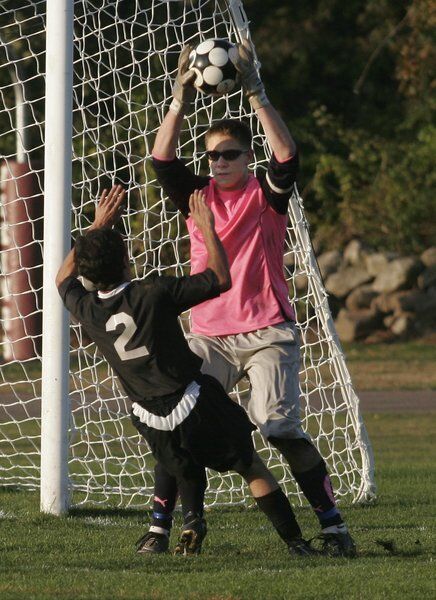 Staff File PhotoKeady Segel was the CAL Player of the Year in the fall of 2010. 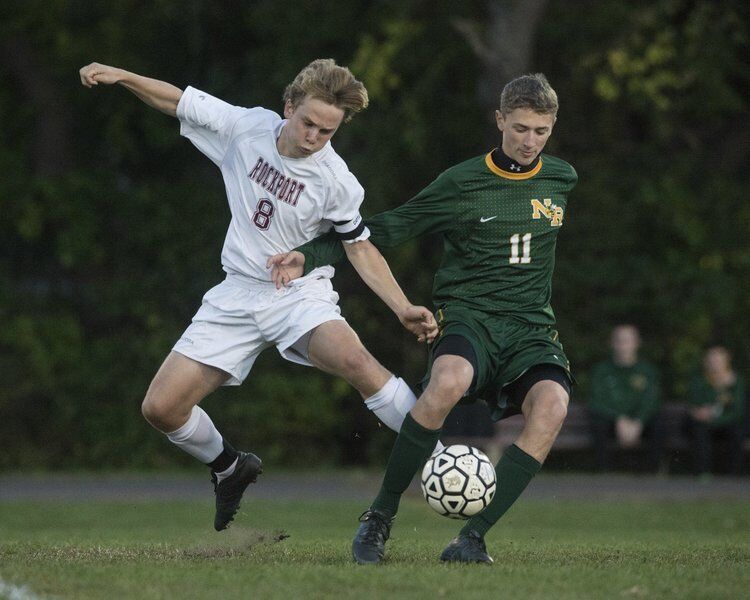 Desi Smith/Staff PhotoGideon Roell (left) was a four-year starter in the midfield.

MIKE SPRINGER/Gloucester Daily TimesCaden Tibert was a dominant defensive player on some of Rockport's best teams of the decade.

Staff File PhotoKeady Segel was the CAL Player of the Year in the fall of 2010.

Desi Smith/Staff PhotoGideon Roell (left) was a four-year starter in the midfield.

When it comes to Rockport high school sports in the 2010's, the boys soccer program was easily the school's most successful program. The Vikings won a Cape Ann League championship three times, more than any other program in the school, and reached the state tournament eight times. They also saw success in the postseason with four trips to the sectional semifinals and a Division 3 North championship in 2010.

Throughout the decade (2010-2019 seasons), the program has seen some serious talent come through the ranks, here's a look at some of the best.

Shaun Aspesi (c/o 2014)- A talented scorer who was an All League performer as both a junior and a senior. He was a threat to finish from anywhere inside the box as he scored 23 goals as a senior in leading the Vikings to the CAL title. He was also a very creative and accurate passer who had great vision and always made the right decisions with the ball.

C.J. Burnham (2012)- One of the most skilled players this decade, Burnham went on to UMass after high school. His speed with the ball was unmatched and he had the quickness and ball skills to go with it. He dominated the CAL offensively as a junior and senior, earning a spot on the All League team both seasons. He was also a talented passer who could suck in the opposing backs only to dish off to a wide open teammate.

Andrew Guelli (2020)- He may not have the highlight reel goals that some players do, but Guelli was just as productive as any of Rockport's best players this decade, and he did it with unmatched grit. The two-time All-Star and All League performer as a senior last fall, Guelli was always the hardest worker in the box and he had the finishing skills to score a team-high 13 goals in his senior year.

Cam Tibert (2011)- A physical presence in the box with the skill to go with it, the former CAL-All Star was a threat to score every time the ball was on his foot. Not only did he have the speed and skills to score with regularity, he had one of the hardest shots of any Rockport player in the decade and he could unleash it with accuracy from many angles.

Conor Douglass (2013)- A striker and wing midfielder, Douglass one one of the most talented offensive players of the decade. A two year captain and two-time All-Star, he led the CAL in scoring as a senior in the fall of 2012. He started on two sectional finalists and was a team player that was just as likely to set up a teammate as he was to finish. His speed and shot were usually too much for opposing backs to handle.

Gideon Roell (2017)- The youngest of three Roell brothers on the All Decade team, all of which played inside midfield. A physical presence in the middle of the field with elite tackling skills, he was a two-time team captain and All League performer as a senior in the fall of 2016. Gideon had a non-stop motor that saw him play 70-plus minutes a game at one of the most active spots on the field.

Sam Roell (2014)- The middle Roell brother was the most defensive minded as he was a dominant one-on-one defender who was always around the ball, which helped Rockport control the neutral area of the field. He was also a gifted passer who could set up scoring chances and a multiple time CAL All-Star selection.

Shaffy Roell (2011)- An elite all around performer with no weakness to his game, Shaffy was a four-year starter, three-time All-Star and an All League performer. A master facilitator and pass-first player that could also score with the best of them, Rockport's offense ran through him. He was also dominant in transition thanks to his explosiveness and speed with the ball in his possession.

Andrew Wayrynen (2016)- Another highly talented offensive player that played both striker and wing midfield. Wayrynen played on four state tournament teams and was Rockport's leading scorer as a senior. The two time All-Star and All League performer was incredibly efficient on direct kicks as he was a threat to score from deep and he could score on corner kicks.

Andrew Burnham (2012)- The four year varsity starter was one of the most productive backs to take the field for Rockport in the decade, and he has the resume to prove it. A three-time CAL All-Star and two-time All League selection who went on to play collegiately at the University of Hartford, Burnham was a fast and dominant back that was nearly impossible to beat in 1-on-1 situations. He also had the soccer I.Q. to go along with his athleticism.

Nolan Collins (2019)- A five year varsity performer, Collins was Rockport soccer's first eighth grader to score a varsity letter. He was a three-time CAL All-Star, two-time All League performer and an Eastern Mass. All-Star as a senior. The two-year captain was a physical player with speed, ball skills and command of the back line from a leadership standpoint.

Mateo Laverde (2016)- One of the most versatile players of the decade, Laverde's smarts on the field made him a fit for a number of positions. He played both back and midfield and excelled in both areas. His skills in transition and dominant one-on-one defense saw him earn a spot on the CAL All-Star team as a junior and the All League team as a senior.

Caden Tibert (2012)- A a four-year varsity player and three year starter in a four year stretch from 2008-11 where the team won 60 games and two CAL titles. He was a shutdown back that could lock down the opponent's top striker with relative ease. The two-time All-Star had elite speed, smarts and grit to make him a complete player on the back line.

Jacob Rostkowski (2015)- A three year starter and All League performer during his senior season in the fall of 2014, Rostkowski got better with each year and became an elite keeper in the CAL. A dominant box player, he had command of his area and had a live leg on punts, which could sometimes travel over 60-yards when the situation called for it.

Keady Segel (2011)- One of the best players in program history, Segel, who went on to play collegiately at Boston College, was a three-time All League performer and the CAL Player of the Year as a senior in the fall of 2010. A player with no weakness to his game, Segel was aggressive in his area, dominant in his ability to defend set pieces and had elite reaction time and instincts. He led Rockport to back-to-back North Finals appearances as a junior and senior.