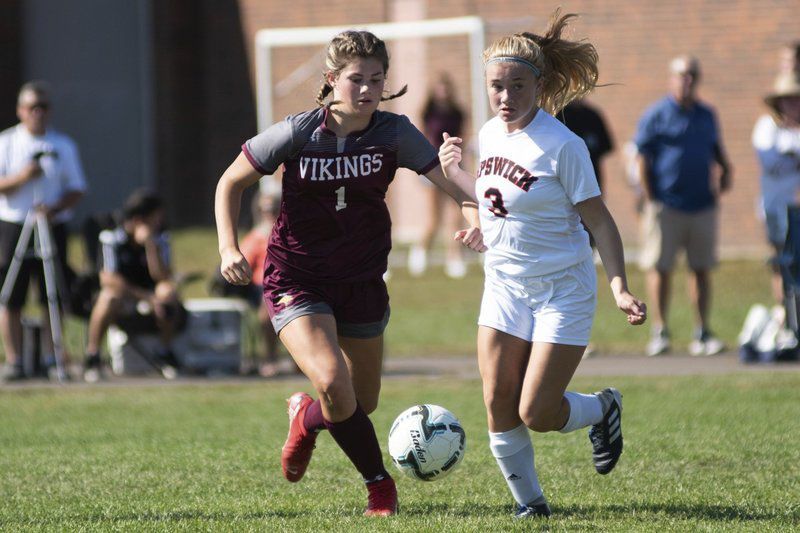 Ryan McBride/Staff PhotoKylie Schrock (1) was an All-Star striker for the Rockport soccer team. 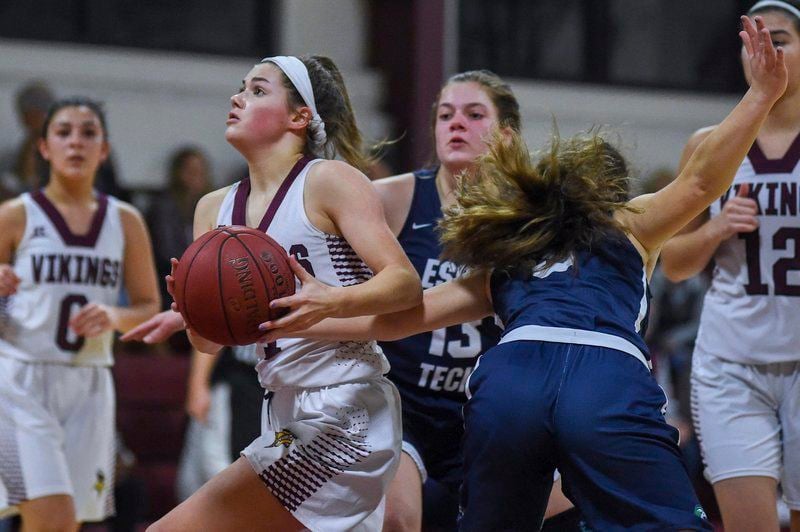 JAIME CAMPOS/Staff photoKylie Schrock was the North Shore's leading scorer in basketball this past winter.

Ryan McBride/Staff PhotoKylie Schrock (1) was an All-Star striker for the Rockport soccer team.

JAIME CAMPOS/Staff photoKylie Schrock was the North Shore's leading scorer in basketball this past winter.

The Gloucester Daily Times has been awarding an Athlete of the Year from each of the three Cape Ann Schools since 2009. In the previous 11 seasons, only a junior or senior has won the award from each school. That is until now, as Rockport sophomore Kylie Schrock turned in a special 2019-20 campaign in multiple sports. Schrock was a Cape Ann League All-Star on the soccer pitch in the fall and then turned in a historic season on the basketball court for the Vikings. Her prowess in both sports makes her Rockport's Female Athlete of the Year for the 2019-20 school year.

Rockport plays an independent basketball schedule and does not play in a league or conference to award players with all-star status. But Schrock was an All-Star on the court in every sense of the word, helping lead the Vikings to a state tournament berth and the program's first state tournament win in multiple decades.

"She's so strong going to the basket and once she gets going she's so tough to contain," Rockport head basketball coach Mike Wilson said. "She really carried us on offense this season and she gets it done on the defensive end too."

Schrock was an unstoppable force on the floor for the 12-8 Vikings, who earned the No. 7 seed in the Division 4 North State Tournament. She led the entire North Shore averaging just under 23 points per game and was a threat to go for 30-plus on any given night. Schrock scored over 30 points six times including a 34-point outing in the Rockport Holiday Tournament Final, earning tourney MVP honors.

She was dominant both in transition and half court sets as her combination of speed and physicality saw her blow by defenders off the dribble and in transition, and overpower them for second chance opportunities.

Defensively, she could guard multiple positions and was a key cog both on the wing and in the paint in Rockport's 2-3 zone, which often devastated opponents.

Schrock was also Rockport's leading rebounder, averaging well over 10 per game and often flirting with 20 boards. Her rebounding also translated into instant offense as she had a knack for taking off in transition after a rebound and beating the defense down the floor.

"She's a warrior," Wilson said. "Always making plays for us."

She currently has 950 career points and looks like a lock to reach 1,000 for her career.

Schrock was also a standout in the fall soccer season. While the Vikings struggled in a difficult Cape Ann League landscape, Schrock was as consistent as the come.

She was one of the team's leading scorers and the team's go-to striker.

Schrock used the same skill-set on the soccer field that she used to dominate in basketball. Her speed is top notch and she also has the strength and physicality to go with it, making her tough to slow down, especially near the goal.

Rockport Female Athletes of the Year