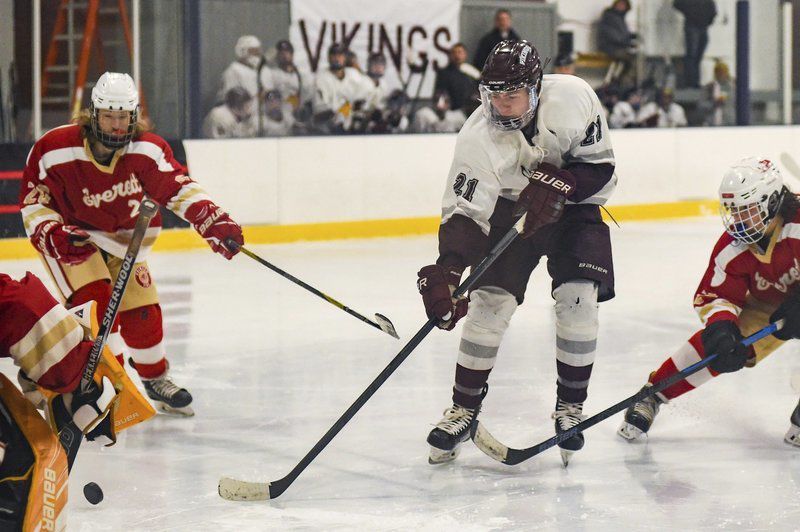 JAIME CAMPOS/Staff photoAndrew Guelli's 10 goals and 21 points were tops on the Rockport hockey team this winter. 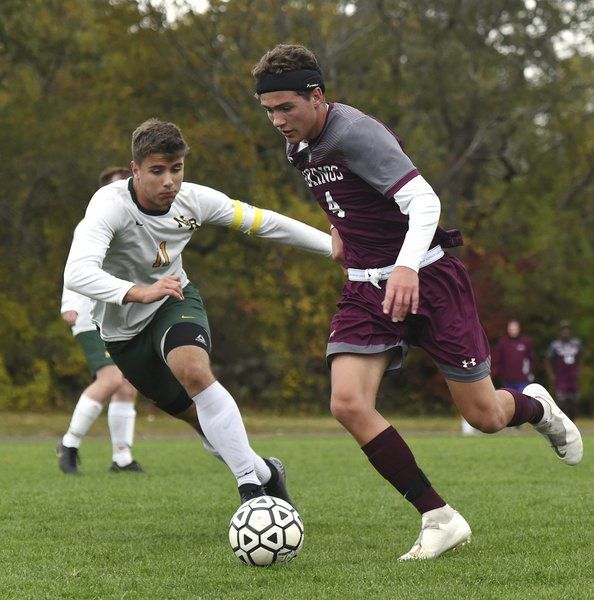 JAIME CAMPOS/Staff photoAndrew Guelli's 10 goals and 21 points were tops on the Rockport hockey team this winter.

In the 2019-2020 school year, both the Rockport boys soccer and hockey teams were able to take their games to the next level. For both teams, an improved offense was key to the team's success; and Andrew Guelli was the leading scorer for both of those teams.  Guelli established himself as an elite player in the Cape Ann League during the soccer season and the Commonwealth Athletic Conference during the hockey season, making him Rockport's Male Athlete of the Year for 2020.     The Rockport soccer team had not been to the sectional semifinals since 2012 until last fall, when it took eventual sectional champ Boston International to the limit in the Division 4 North final four.     Guelli was there making key plays for the Vikings every step of the way. He led the team with 13 goals, which was also third best in the entire Cape Ann League. He also had six assists was involved in half of Rockport's goals on the season. He also had five game-winning-goals, a game-tying goal and assisted on three more game winners.     Guelli had a combination of skills that made him so tough to cover. He did not possess elite speed but his ability to handle the ball, make the right decisions with the ball and his ability to shoot and pass made him one of the league's most dominant offensive forces.     "It's easy to see how valuable he was to our team's success," Rockport head soccer coach Dave Curley said. "He's not flashy but he's strong on the ball and makes good decisions when it comes to creating or moving space and when to pass or shoot."     Guelli's skills translated in a similar way on the ice.      He had a nose for the goal and was not afraid to go to the net with or without the puck to create offense. His stick handling was elite and he had a big shot to go along with some serious passing skills as well. His 10 goals were best on the team as were his 21 points while he was tied for the team best with 11 assists on the season, helping Rockport reach the state tournament for the first time since 2013.     "His competitiveness and understanding of the game is something coaches dream of," Rockport hockey coach Kyle Nelson said. "He brought an intensity that you just can't teach."     Guelli also has intangibles and his coaches point out that he is much more than just a talented player.     "He's one of those players you never need to push to give his best," Nelson said. "He always does it automatically."     Curley echoed his sentiment.     "What is not on paper is the grit, grind, tenacity and determination he brought to every game," Curley said. "Teams hated to have to play against him but respected his game."

Rockport Male Athletes of the Year