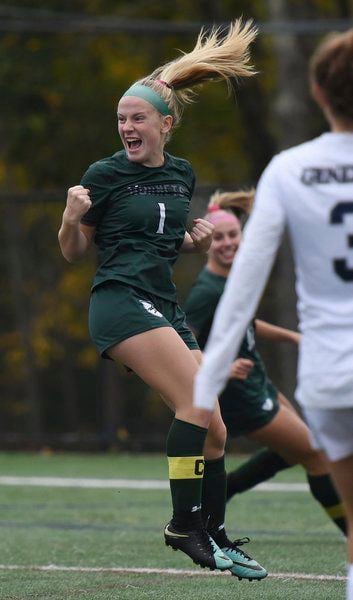 PAUL BILODEAU/Staff photoMaya Baker and the Hornets reached the sectional finals for the second year in a row this past fall. 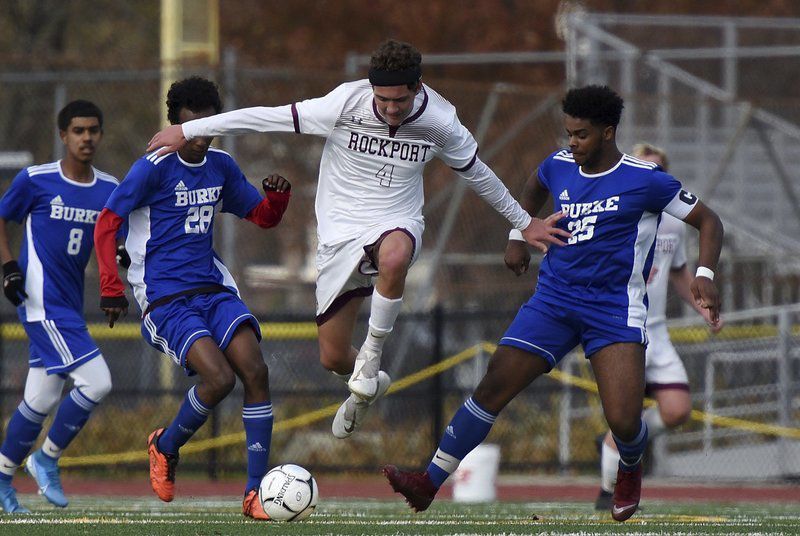 PAUL BILODEAU/Staff photoAndrew Guelli and the Rockport boys reached the sectional semifinals for the first time since 2012. 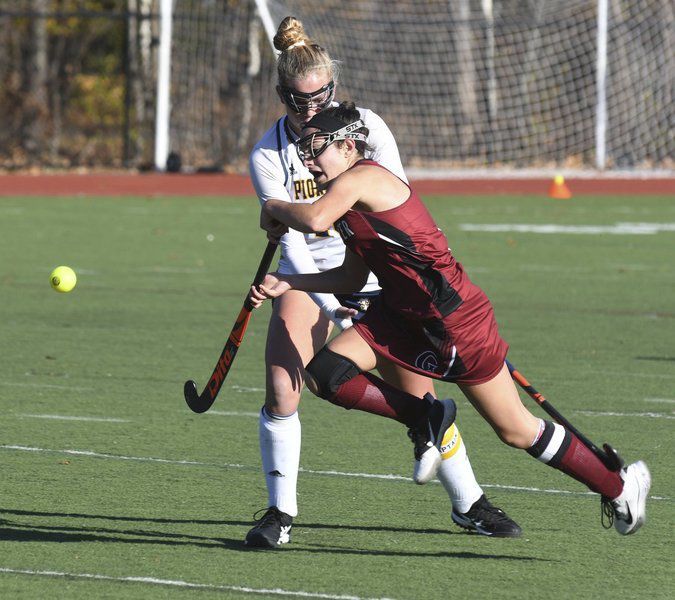 PAUL BILODEAU/Staff photoMaya Baker and the Hornets reached the sectional finals for the second year in a row this past fall.

PAUL BILODEAU/Staff photoAndrew Guelli and the Rockport boys reached the sectional semifinals for the first time since 2012.

I was hoping to write this column in late June after another highly successful spring campaign for our Cape Ann High School sports teams. Unfortunately the Covid-19 pandemic put an end to the 2019-20 high school sports season after just a winter and fall season.

While the school year ended prematurely, there are plenty of moments from the year to celebrate. Here's a look at the best, in no particular order.

We saw a several Cape Ann athletes set new records this school year in a wide variety of sports.

Gloucester field hockey junior captain Mia Salah became the program's all time leading scorer in 2019, and she (hopefully) has at least another 18-20 games left to play in her high school career. Salah scored three times in an October win over Everett to break the previous record, which was set by Kaela Riley in 2001, Gloucester head coach Lauren Riley Gove's younger sister.

Senior boys soccer captain Anthony Suazo also rewrote the program's record book as he set a single season record with 26 goals last fall, leading the Fishermen to a tournament berth. Suazo was named the Most Valuable Player of the Northeastern Conference for the second season in a row in 2019 as he was an unstoppable force on the offensive side of the field.

Gloucester wrestling captain Liam Donahue set a few records this winter as he holds the program record with 146 career wins, far ahead of any other wrestler in program history. Donahue also became Gloucester's first wrestler to win a sectional title and the first to win a state title, taking home the Division 3 North and State crown at 145 pounds.

On the track, a pair of Manchester Essex athletes turned in record setting indoor seasons.

Senior captain Mia Cromwell seemed to break her own 1,000m record every week this winter, eventually setting the program mark with a time of 3:00.00. Cromwell was the Division 5 1,000m champ and she also earned a spot on the medal stand at the All-State and New England meets.

Junior Will Kenney also set a program record in the mile en route to the Division 5 championship. Kenney finished on the medal stand at the All-State with a school record time of 4:21.67.

While the fall season saw records go down, the winter season saw a quartet of athletes reach career milestones, two on the hard wood, one on the ice and one on the mat.

Donahue was the first to have his milestone moment as he became the first wrestler in program history to reach 100 career wins. Donahue is one of the state's best 145 pound wrestlers and he finished up his career with 146 career victories.

Gloucester senior basketball captain Marcus Montagnino then reached 1,000 career points, becoming the sixth GHS boy to reach the milestone. The dominant post player and 2019 NEC South MVP averaged over 22 points per game this winter and is the third all time scorer in program history with 1,293 points.

Manchester Essex senior basketball captain Kellen Furse was the last milestone performer as he reached 1,000 career points, becoming the fourth ME boy to reach the mark. Furse got to 1,000 points exactly on the final day of the regular season and finished up with 1,025 career points thanks to an incredible senior season where he averaged just under 25 points per game.

Both ME soccer teams reach the finals

A Manchester Essex soccer team has reached a sectional final in every season since 2014. This year, however, the boys and girls programs took it one step further as they both reached the Division 4 North Finals.

The girls went toe-to-toe with multiple time defending sectional champ Amesbury three times during the season, dropping a heart breaker in the finals in penalty kicks. The Hornets, however, put together one of the best seasons in program history and dominated in the state tournament on their way to the finals.

The Hornets boys won the Cape Ann League again and reached the sectional finals for the fourth time in the last six seasons, eventually falling to a stacked Burke team out of the Boston City League.

The future is looking very bright for both programs.

The Rockport boys soccer team returned to prominence this past fall with its first trip to the sectional semifinals since 2012. The Vikings proved they belonged on that stage too. Although the season ended with a 2-0 loss to eventual sectional champ Burke, Rockport played the Boston City League champs tougher than any team in the tournament.

It was more of a one-goal type of game as the Vikings nearly tied the score a couple times in the second half, eventually letting up a late goal while putting extra players on the attack to press for the tie.

The Gloucester field hockey team was at it again last fall as it turned in one of the best seasons in program history.

The Fishermen started off the season in a bit of a rebuilding mode, struggling in the early stages of the season with new starters all over the lineup. But once those news starters settled into their roles, the team took off and quickly established itself as one of the elite Division 2 teams in the entire state.

Gloucester ended up reaching the sectional finals for just the third time in program history and the first time since 2001. The highlight was a 2-0 win at Danvers in the sectional quarterfinals, a team that beat Gloucester twice in the regular season.

The boys soccer team set the stage for Rockport athletics in the fall, and both the hockey and girls basketball teams carried that momentum through the winter.

The girls hoop team won 12 games this season and reached the Division 4 North Quarterfinals, hosting and winning a state tournament game for the first time in multiple decades led by a stingy defense and over 20 points per night from sophomore Kylie Schrock, the North Shore's leading scorer.

The hockey team also impressed this winter, snapping a six year state tournament drought and picking up several impressive wins along the way, the best a victory over perennial Commonwealth Conference powerhouse Shawsheen.

Rockport fell to a tough Watertown team in the opening round of the postseason, but it was a game that was evenly matched and the program is heading in the right direction.