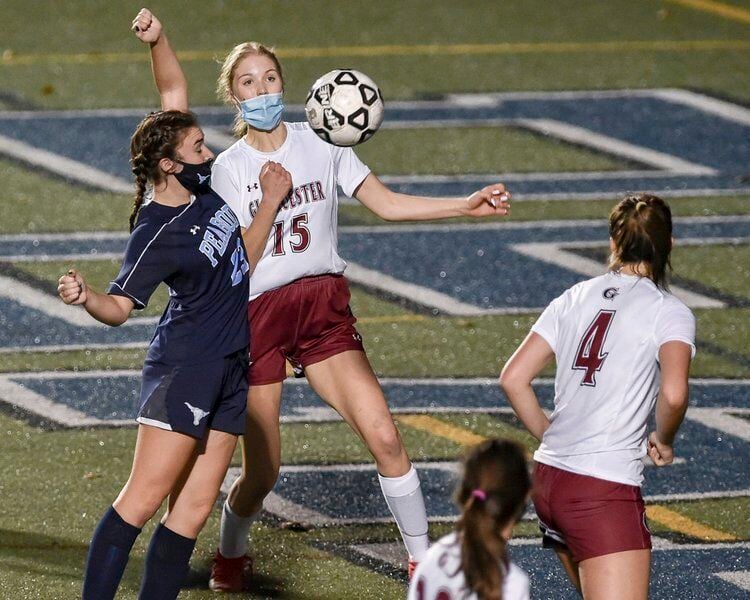 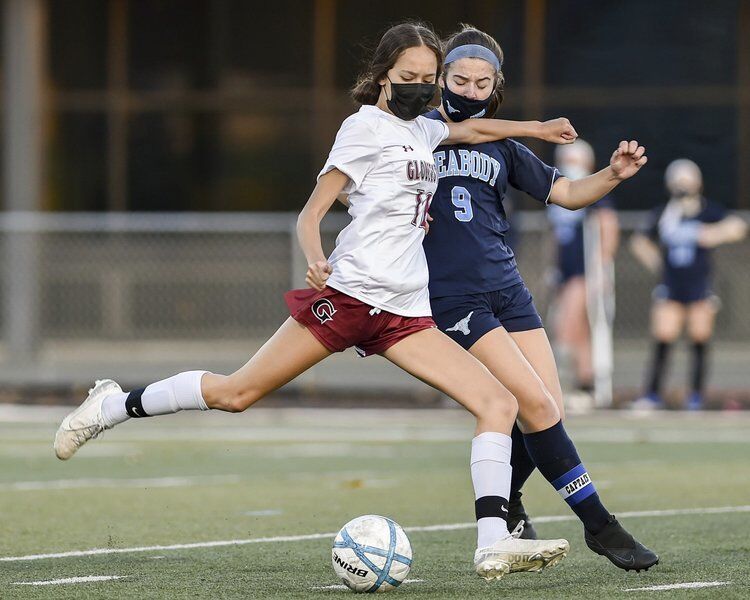 Jaime Campos/Staff PhotoGloucester's Isabelle Satufer (12) extends her arm as she kicks the ball while being defended by Hailee Lomasney (10) of Peabody in Tuesday's game at Peabody High School. 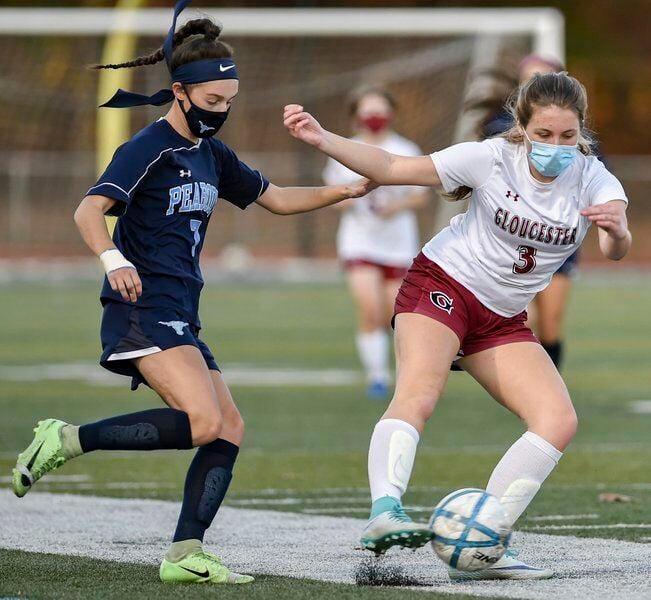 Jaime Campos/Staff PhotoGloucester's Sophia Picano (3) keeps the ball away from Hailey Baker (7) of Peabody in Tuesday's game in Peabody. 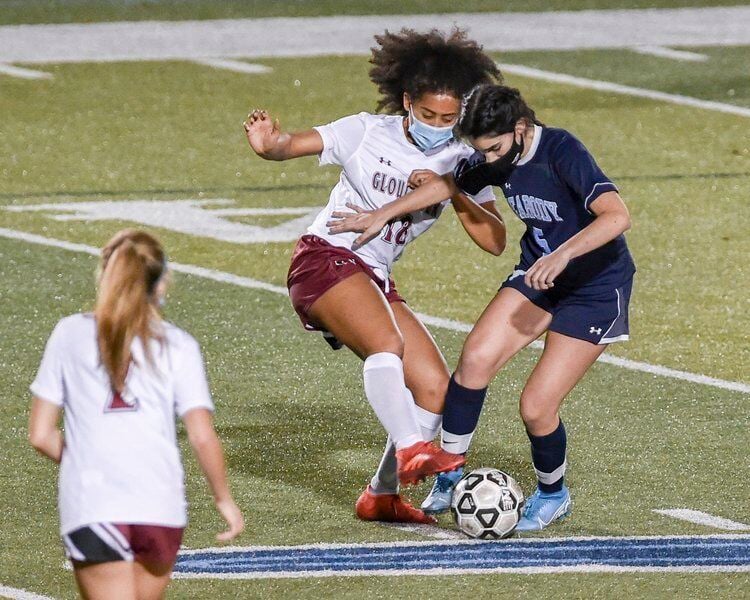 Jaime Campos/Staff PhotoGloucester's Isabelle Satufer (12) extends her arm as she kicks the ball while being defended by Hailee Lomasney (10) of Peabody in Tuesday's game at Peabody High School.

Jaime Campos/Staff PhotoGloucester's Sophia Picano (3) keeps the ball away from Hailey Baker (7) of Peabody in Tuesday's game in Peabody.

PEABODY — Savoring every single time you get to step on the field has been a recurring theme for lots of high school teams on the North Shore in this pandemic shortened Fall season. It's a lesson Peabody's seniors are taking to heart as they hit the home stretch of their final girls soccer season together as Tanners.

Seniors accounted for five of the team's eight points Tuesday afternoon in a 5-0 victory over Gloucester on the turf at Coley Lee Field. The win gave Peabody (3-5) triumphs in two of its last three bouts and ample opportunity to get seven of their eight seniors involved in the action; unfortunately the eighth, senior captain Amber Kiricoples, had her season ended early by an ankle injury.

"You just never know when it's going to end," veteran Tanner coach Dennis Desroches said. "So our focus has been playing as many people as possible, getting everybody involved and especially getting those seniors out there."

Senior forward Hailey Baker netted the game winner in the 17th minute of the first quarter, finally getting one by Gloucester keeper Kyia Karvelas after Peabody peppered the net throughout the opening frame. Junior Emily McDonough scored the next two in the second quarter with one assisted by classmate Ava D'Ambrosio and another fed by senior Hailee Lomasney.

Veteran players continued to carry the action in the second half. Senior Chiara Campbell buried a penalty kick for her first goal of the year at the 50-minute mark to make it 4-0. The Tanners earned the try when a Gloucester defender committed a handball while trying to save a direct kick booted by Tanner captain Aja Alimonti; immediately after the re-start, senior Bridget O'Connell buried a feed from Lomasney to account for the 5-0 final margin.

"It was a really nice finish by Chiara and I'm glad we were able to get her that opportunity," said Desroches. "Hat's off to Gloucester, too. They played hard all the way, very sportsmanlike. It was a good game."

Senior captain Jordyn Collins had a great game for Peabody, both defensively and pushing up to attack with a couple of quality shots on net. Junior mid Abby Leonard also had one of her best game of the season with relentless pursuit of the ball and strong passing.

Junior Maddy Scacchi and freshman Logan Lomasney set the pace defensively in front of Peabody keepers Emma Bloom and Madison Murphy, who shared the shutout. Gloucester, which wraps up its season at 3-6, got a combined 13 saves from Karvales (first half) and Maggie Sperry (second half).

"We've seen a lot of improvement throughout the year and we want to keep that going," said Desroches, whose team faces unbeaten Danvers next Tuesday and ends with Marblehead the following day. "This year it's all about showing progress."