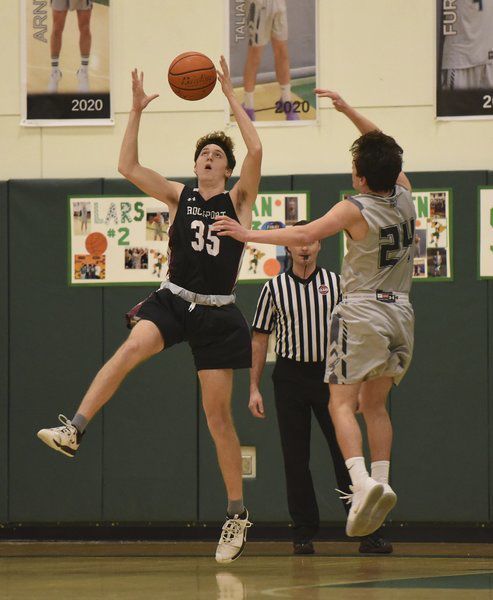 PAUL BILODEAU/Staff photoRockport's Gavyn Hillier hauls in one of his game-high 13 rebounds on Thursday against Manchester Essex. 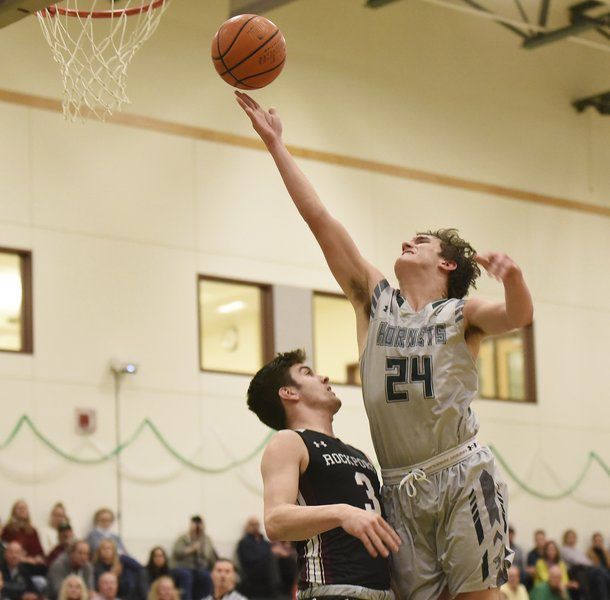 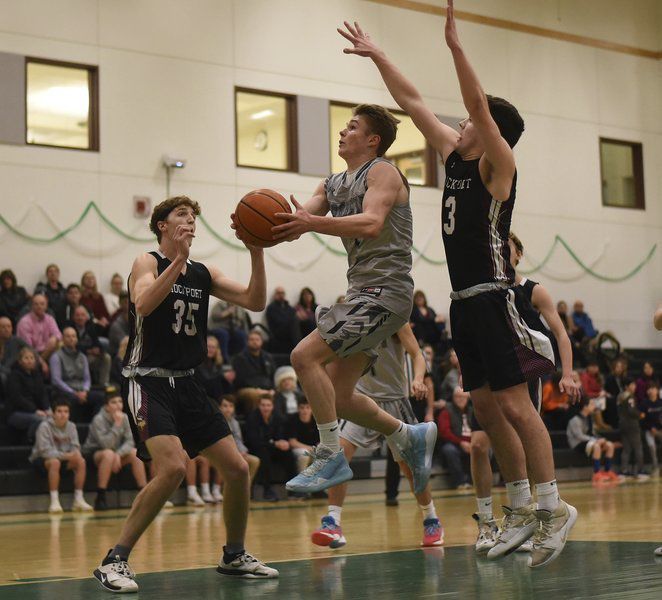 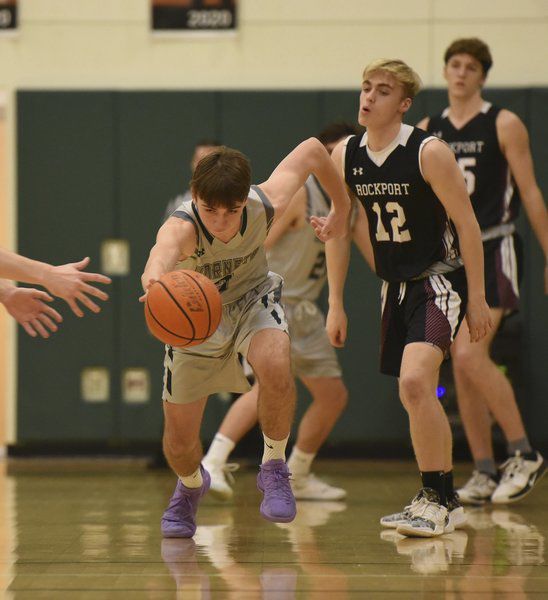 PAUL BILODEAU/Staff photoRockport's Gavyn Hillier hauls in one of his game-high 13 rebounds on Thursday against Manchester Essex.

It was senior night for the Manchester Essex boys on Thursday night, and head coach Tim St. Laurent went with a starting lineup that consisted of five seniors, including a few that are not regular starters, in Thursday’s senior night contest against Rockport.

As it turned out, the Hornets’ senior starting lineup of Kellen Furse, Mason Paccone, Ian Taliaferro, Spencer Meek and Jake Edwards (senior Lars Arntsen also played a big role off the bench) ended up setting the tone for the game, scoring the first 11 points of the night and not allowing a point over the first four minutes of play.

That early lead sparked Manchester Essex to a 71-38 win on its home floor to move to 14-5 on the season. The Vikings finish up the regular season at 5-15.

“I told those seniors it was their game and they dictate how long we went with that lineup,” St. Laurent said. “They got off to a great start on both ends and really set the tone. This is a great group to coach and the seniors are a big part of that.”

Furse scored 11 right off the bat to help the Hornets open up a 20-5 lead after one. He had 19 by halftime and 33 heading into the fourth before scoring six in the final frame to finish up with 39.

“Once we got the lead, we did a good job getting him the ball to get him closer,” St. Laurent said. “He was great attacking the basket tonight.”

The Hornets also played well on the defensive end and it started by putting two, sometimes even three guys, on Rockport big man Gavyn Hillier.

The junior forward had someone draped all over him every step he took and he was held to seven points, although he did haul in 13 rebounds.

“They did a good job on Gavyn and we had trouble adjusting to it,” Rockport head coach Phil Whitley said. “We got off to a really slow start and we played a little better once we found a way to pass out of those double teams. We had to make quick decisions and they’re an aggressive defense.”

The Hornets led by as much as 24 points (29-5) early in the second quarter and took a 35-17 lead into the break. That lead grew in the third and the home team was able to cruise in the fourth for the win.

Mason Paccone also scored in double figures for the Hornets with 15. Austin Matus led Rockport with 10, Bowen Slingluff had nine.

Manchester Essex now turns its attention to a big game in its regular season finale on Wednesday at home against Bishop Fenwick (5 p.m.).

“We want to get to 15-5 because that could be a big win for seeding,” St. Laurent said. “That’s going to be a big game against a team we beat in double overtime last time we played.”

For Rockport, the team is looking towards a bright future. The Vikings finished up the season strong despite the loss on Thursday, winning its two previous games. Whitley also has his entire starting lineup returning next year as the team had no seniors.