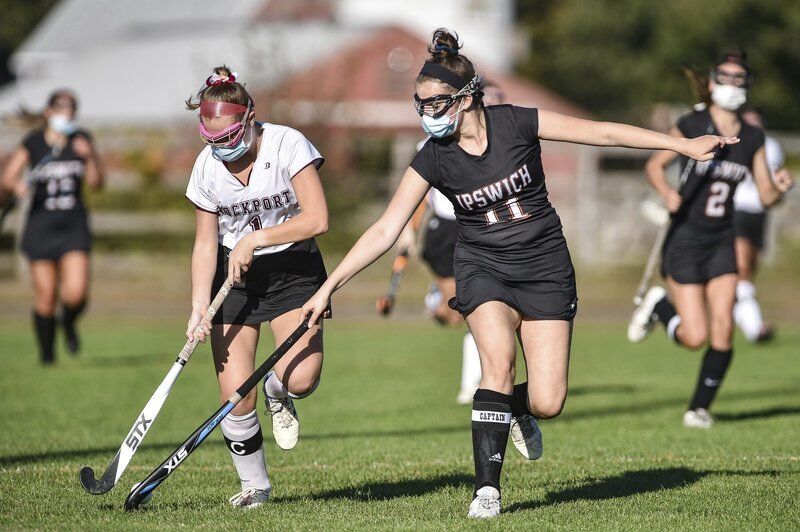 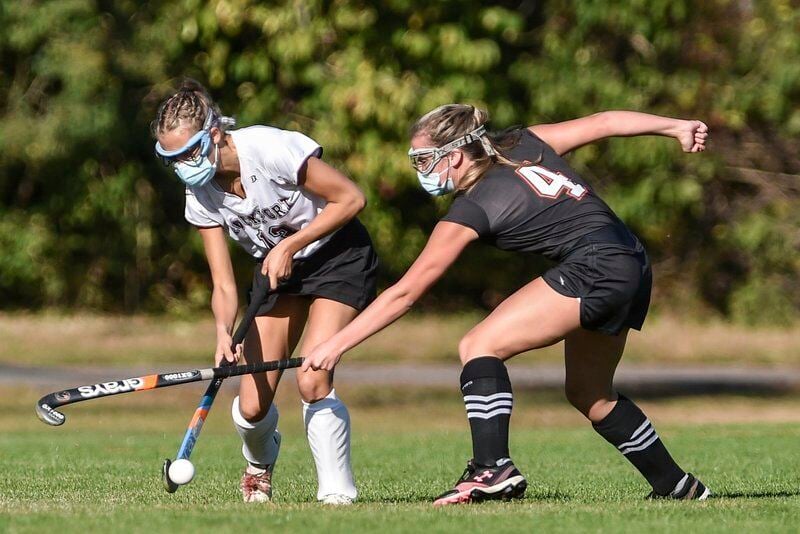 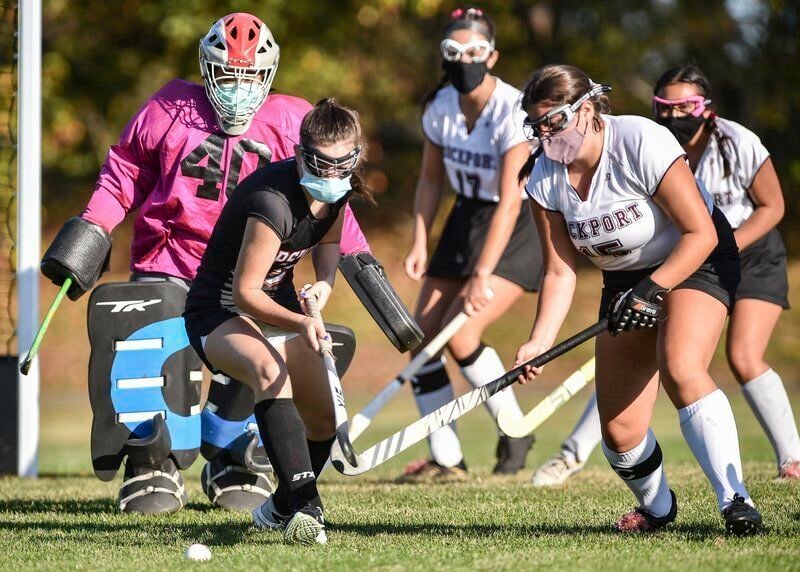 Ipswich's Faith DeBoer (3) and Rockport Kayla Colbert battle for possession in front of the Rockport goal in Tuesday's game at Rockport High School. 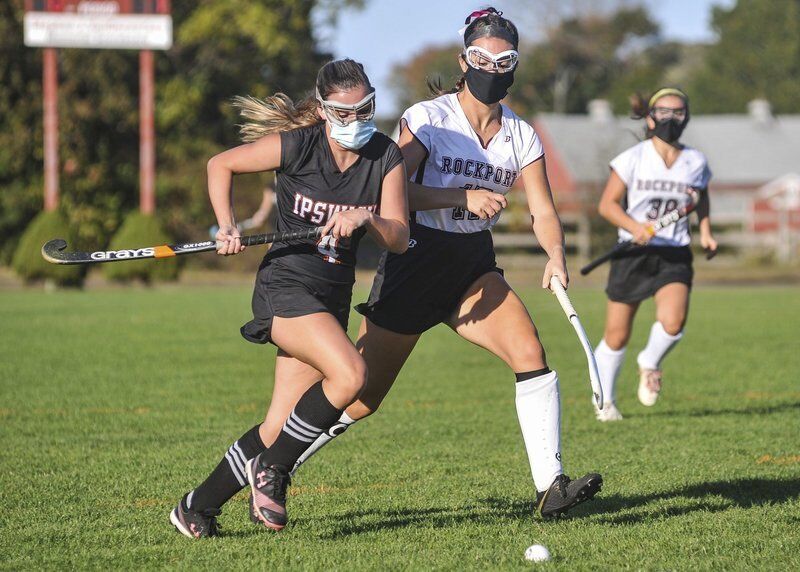 Ipswich's Faith DeBoer (3) and Rockport Kayla Colbert battle for possession in front of the Rockport goal in Tuesday's game at Rockport High School.

ROCKPORT-- The first game of the Cape Ann League field hockey season was a bit of a learning experience for all teams. With no preseason scrimmages and several rule changes that modify the action on the field, there was a feeling out process early on in the season.On Tuesday afternoon at Rockport High School's Ryan Curley Field, however, both the host Vikings and visiting Ipswich started to settle into the action and embrace the changes.

"I really liked the flow of the game 7-on-7. I thought we did a much better job with our passing today and knowing where to put the ball than we did in our first game," Rockport head coach Mary Ryan said. "It's a good learning experience, especially for the younger players to play the game without someone right on top of you the whole time."

With the game being 7-on-7 instead of 11-on-11, teams also needed to get used to more frequent substitutions.

"We were a lot more used to our rotations today," Ipswich head coach Sarah Murphy said. "Just who to sub in when and where to line up positionally. We're still working through some different formations."

The play on the field was crisp in the second game of the season for both squads, and in the end it was Ipswich that came away with the 1-0 win. The Tigers move to 2-0 on the season with the victory while Rockport drops to 1-1.

Ipswich came out strong and controlled the opening quarter of play, eventually getting on the board 12:39 into the quarter when Rowan Galanis banged home a rebound for a 1-0 Ipswich lead. That goal would hold up as the game winner.

"It was another nice lift goal from Rowan," Murphy said. "She got a rebound and was able to finish it with a nice shot."

Rockport goalie Nicky Cournoyer (seven saves) kept her team in it early with command of the circle, especially early on when Ipswich was controlling play.

Rockport seemed to get stronger as the game wore on, especially in the second half when the scoring chances evened up.

The Vikings' best chance came late in the third on two strong shots from in close. But Ipswich goalie Morgan Bodwell got a blocker on a Lucy Twombly shot. Amelia Lucas was able to gather a rebound for another quality scoring chance but her shot deflected wide off of a well placed Ipswich defender.

"Those were our best chances and they were good shots," Ryan said. "We worked the ball well in spurts against a good team, but they came up with a stop on that chance."

Ipswich went on to preserve the win with a strong fourth quarter effort, controlling time of possession and generating more scoring chances.

"It was a strong defensive effort and we had some nice pressure," Murphy said. "We would have liked to convert a couple more of our chances but that's how it goes sometimes."

Both defenses controlled most of the action. Ipswich's Riley Daly was making plays all over the field in the defensive zone. Kayla Colbert led the Rockport defensive charge.

The Vikings return to action on Friday at home against Pentucket (4 p.m.). Ipswich hosts Hamilton-Wenham on Friday (4 p.m.).

"We didn't win but we made some progress," Ryan said. "I have been so impressed with the way the team has wanted to adapt and has worked at it. Now we play another good team on Friday."