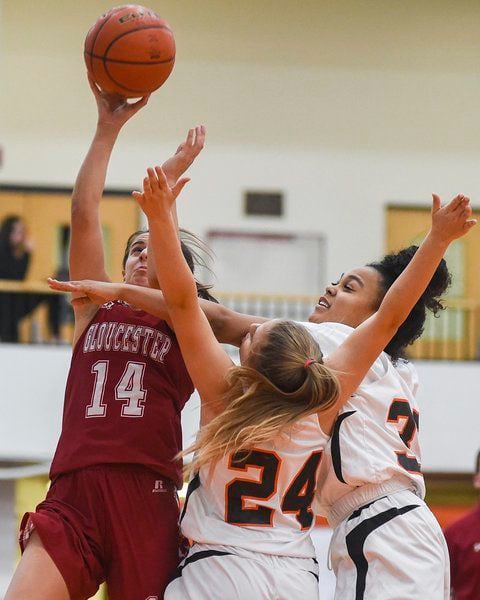 JAIME CAMPOS/Staff photo Gloucester’s Ella Marshall is fouled on a drive to the basket on Tuesday at Beverly. 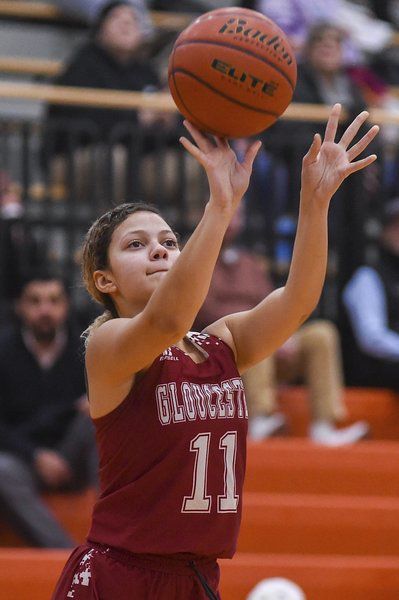 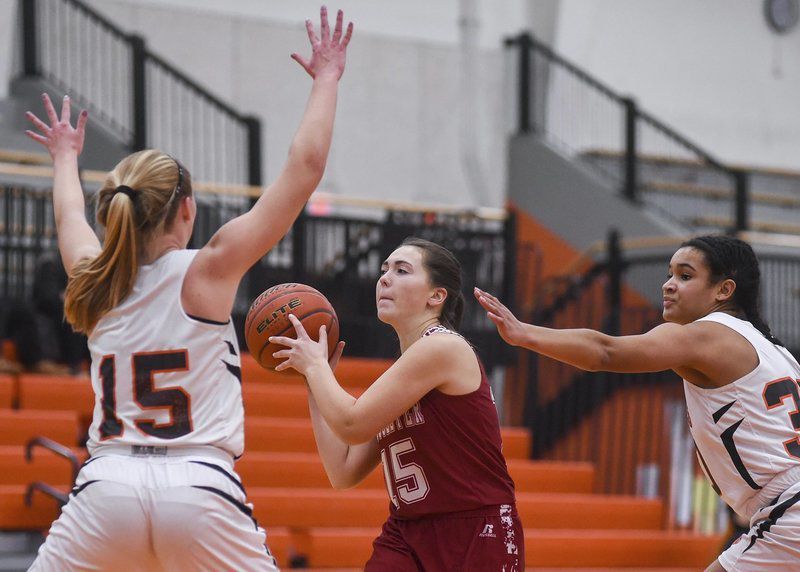 JAIME CAMPOS/Staff photoGloucester's Kelsey Lowthers kicks the ball out to a teammate after driving into the lane on Tuesday at Beverly. 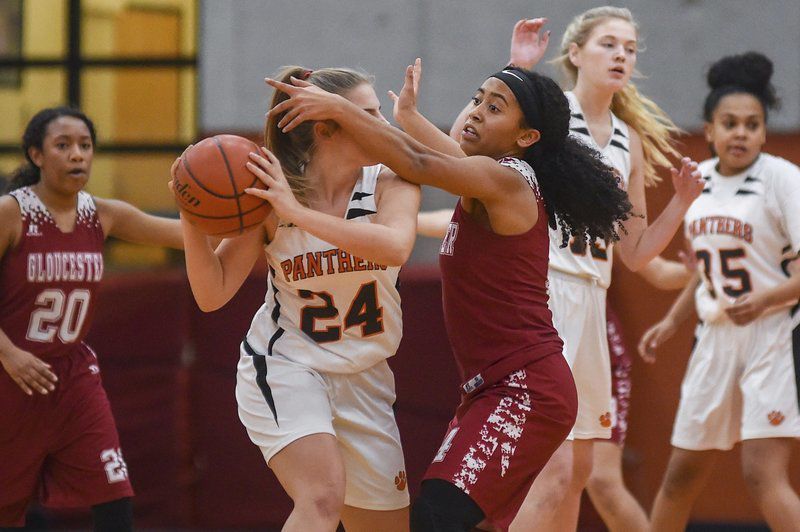 JAIME CAMPOS/Staff photo Gloucester’s Ella Marshall is fouled on a drive to the basket on Tuesday at Beverly.

JAIME CAMPOS/Staff photoGloucester's Kelsey Lowthers kicks the ball out to a teammate after driving into the lane on Tuesday at Beverly.

BEVERLY — The Beverly High girls basketball team was looking to get back on track after a pair of tough losses, while their opponents from Gloucester were searching for their first win of the season.

This was not the night the visiting Fishermen would get into the win column.

The Panthers scored the game’s first 21 points and never looked back, cruising to a 50-25 victory at the Henry Cabot Lodge Fieldhouse.

Senior forward Tia Bernard set the tone early for the Orange-and-Black by collecting the game’s first eight points via an old fashioned 3-point play, draining another bomb, then putting home a putback after teammate Sydney Anderson stole the ball.

Nine different players scored for the Panthers as head coach Seth Stantial went to his bench early and often. Hailey Anderson led Beverly with a dozen points while her sister Sydney and Bernard were also in double digits with 10 apiece.

Coming off of close losses to both Bishop Fenwick and Marblehead, Beverly got back on the winning track (4-3) with outstanding defense and good passing to find the open person.

“We’ve been talking a lot about starting games better, being focused right from the get-go,” said Stantial. “We were able to do that in this game, which was nice to see because the last couple we didn’t start off strong and it cost us. Tia was aggressive offensively; for four years I’ve been yelling at her to get involved in the offense more. That’s the way I like her to respond.

“Sydney Anderson also had a very good game. She plays as hard as she can every night and is great defensively. Now we’re working on having her shoot more. She did a nice job both offensively and defensively.”

The Fishermen had a much better second quarter, outshooting the home team, 10-9. Kelsey Lowthers put in a rebound to get her team on the board, and freshman guard Taniya Wongus scored the next six points with a shot from down town and a conventional three-point play to close the gap to 21-8 before Beverly answered with a trey by Kylie McCarthy and buckets by Hailey Anderson and Ciara Dunleavy. At the half the Panthers were in control with a 20 point cushion.

“After giving up 21 points in the first quarter it was tough trying to come back,” said first year Gloucester coach Shaun Goulart. “It’s back to the fundamentals for us. We’re got a lot of young, hard working kids, and if they continue on this path it will translate to some wins.

“Right now (0-7) we’re concentrating on making progress, being mentally focused, and playing all four quarters. I tell the girls don’t look at the scoreboard, just keep working and it will pay off. Our goal is to get better every day. Wongus is young and hungry. She’s a good looking freshman.”

Beverly began substituting early and shuffled 15 different players in and out for the second half. The starters and others on the bench cheered loudly when anybody scored. Freshman Nylah Ollivierre had all five points in the second half.

“This is definitely a close team, and they love it when the other girls score,” said Stantial. “We have a lot of kids that work hard all the time, but they don’t get as much time in games as others so it’s great to be able to get them all out there.”

Ella Marshall, junior point guard, led the Fishermen with seven points, all in the second half. She did a good job bringing the ball up the court and distributing it.

“Ella commands the court,” said Goulart. “She wants to win, but she keeps her tone light.

“Beverly is a great program, and the most important thing for us is for the girls not to get down. Work hard and we’ll keep seeing progress.”