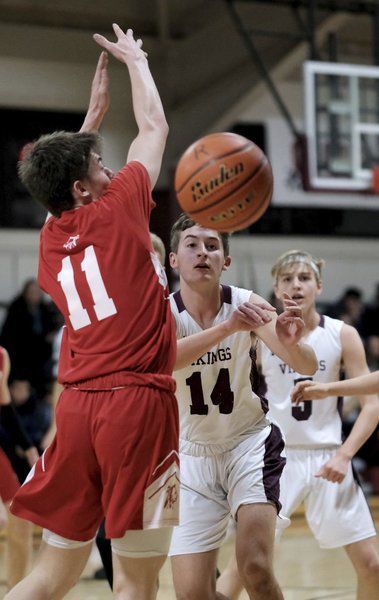 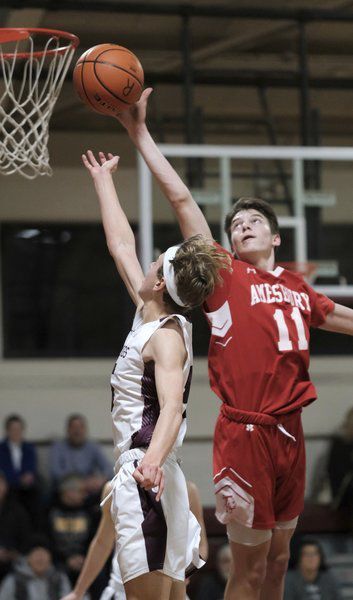 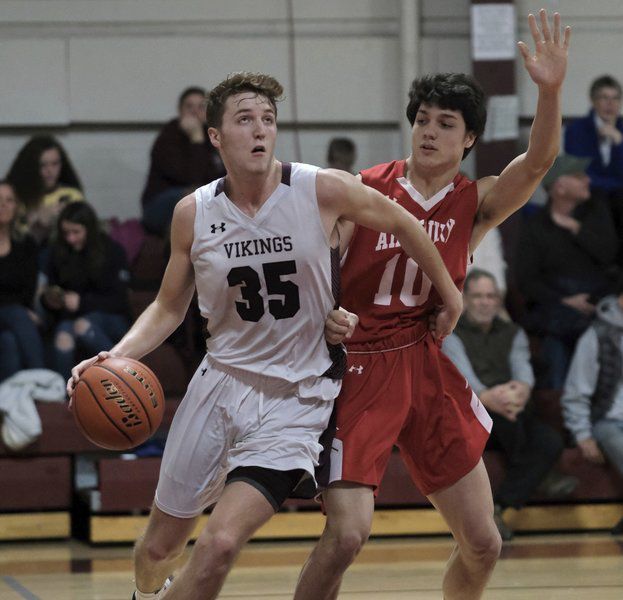 Kirk R. Williamson photoRockport’s Gavyn Hillier makes a move in the post against Amesbury. Hillier led all scorers with 29 points on the game. 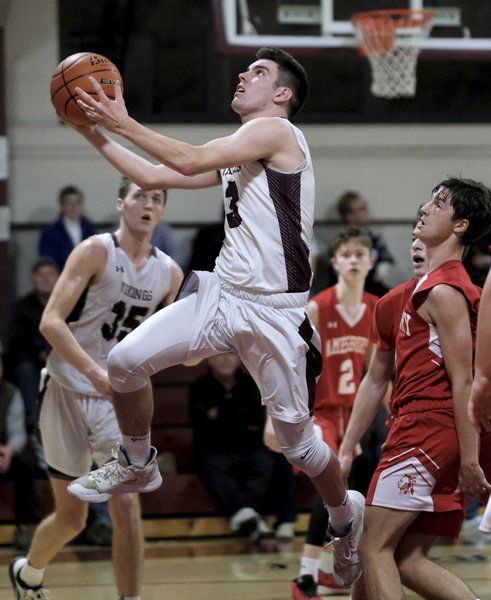 Kirk R. Williamson PhotoRockport’s Austin Matus drives the lane for a basket past on Friday at the Rowell Gymnasium.

Kirk R. Williamson photoRockport’s Gavyn Hillier makes a move in the post against Amesbury. Hillier led all scorers with 29 points on the game.

Kirk R. Williamson PhotoRockport’s Austin Matus drives the lane for a basket past on Friday at the Rowell Gymnasium.

Coming off of a solid performance against Cape Ann League Kinney Division power Pentucket earlier this week, the Rockport boys basketball team was looking to make a statement against another one of the league’s most powerful teams on Friday at home in Amesbury.

Although the score did not turn out the way Rockport wanted with Amesbury picking up a 63-52 win at Rockport High School, head coach Phil Whitley was still pleased with his team’s performance.

“This is something to build off of,” he said. “We played hard and played pretty well all night, Amesbury just had more depth than we did offensively. But that’s two strong showings in a row against two good teams and we are hoping that can propel us to some wins moving forward.”

Amesbury (7-1) did not trail the entire night, breaking out to an 11-2 lead in the first four minutes and never relinquishing the edge. Rockport (2-7), however, hung around all night and never let the visiting Indians pull away.

“(Rockport) is a hungry, well coached team and this is a tough gym to play in, they always give you trouble here,” Amesbury head coach Tom Comeau said. “I thought our defense was the difference, we always play tough defense.”

That Amesbury defense was the catalyst for the early lead. The Indians were all over the Vikings early en route to a 20-6 lead which saw the visitors force several turnovers. But Rockport was also up to the task on the defensive end and went to a 2-1-2, full court trap that saw it force a bunch of turnovers as well, leading to buckets in transition.

An 8-0 run at the end of the first and beginning of the second got the Vikings to within six and they went into the break with the same deficit, trailing 33-27.

“I thought once we switched up our defense we started to get back into the game,” Whitley said. “Amesbury is a good team and I thought we were able to match their defensive intensity, they just knocked down a few more shots than we did.”

The second half was similar to the first as Amesbury again opened up with an 11-2 run and building a lead as large as 15 points (44-29) in the middle of the frame only to see Rockport come charging back on multiple occasions to cut the lead to eight in the final minute of the third.

A three-pointer from Rocco Kokinacis just before the buzzer saw the Indians take a 49-36 lead into the fourth.

Amesbury went cold from the floor in the fourth and Rockport once again battled back, cutting the lead to 50-45 with under four minutes to go.

But Amesbury made several big stops down the stretch and Jaden Keliher (11 points) went 8-for-8 from the free throw line in the final two minutes to preserve the 63-52 win.

“Even when the offense is going the way we want it to, we always rely on our defense,” Comeau said. “That’s a tough group of kids. We had a couple of cold streaks but we played hard enough on the defensive end where it didn’t hurt us too much.”

Keliher was in foul trouble most of the day but came through in the clutch while Kokinacis and Jimmy Gjikopulli stepped up with 16 points each.

Gavyn Hillier led the Vikings with 29. Rockport returns to action on Monday at home against Newburyport (6:30 p.m.).