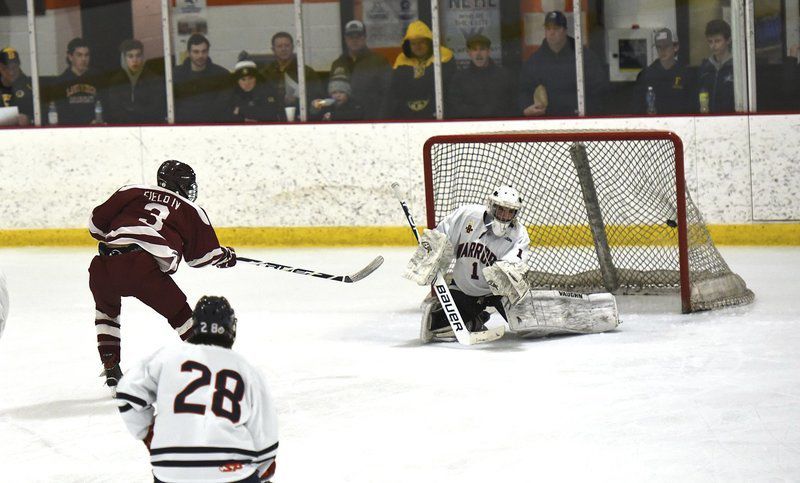 PAUL BILODEAU/Staff photoGloucester hockey was one of the most entertaining teams to watch on Cape Ann this school year. 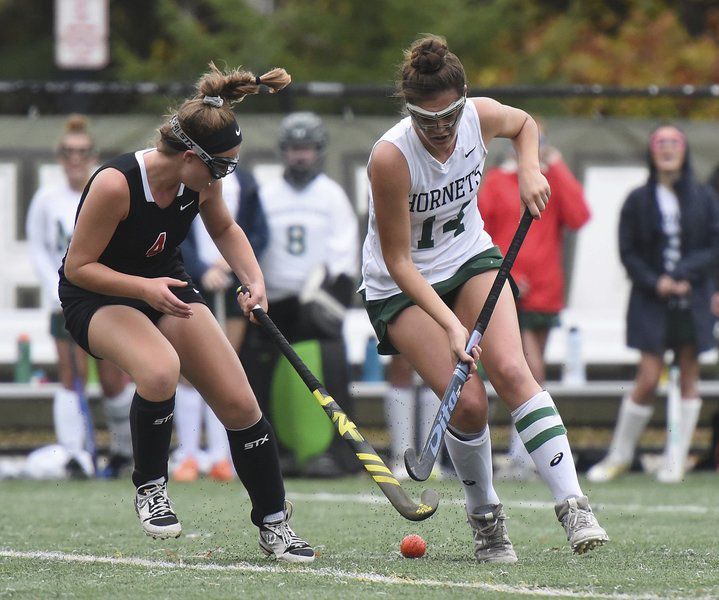 PAUL BILODEAU/Staff photoBridget Twombly and the Hornets won the CAL Baker Division for the fifth season in a row this past fall. 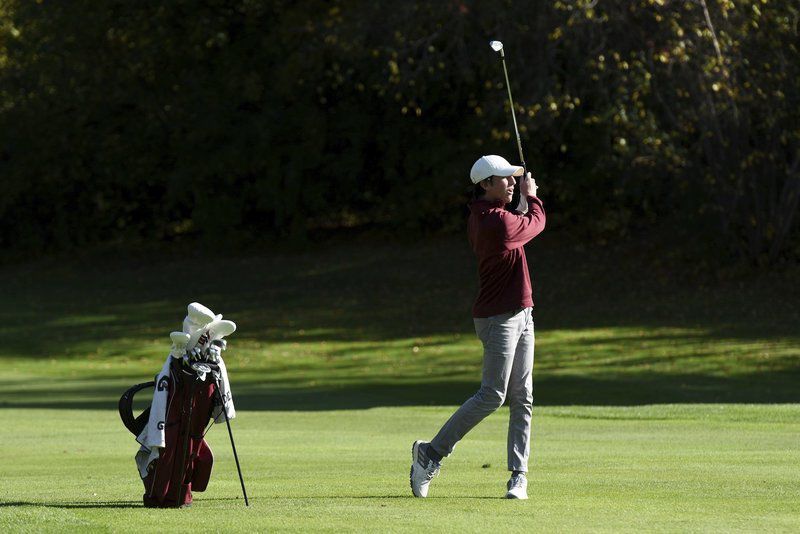 PAUL BILODEAU/Staff photoCAL Baker Player of the Year Jake Engel led Rockport to the state tournament for the second season in a row.

PAUL BILODEAU/Staff photoGloucester hockey was one of the most entertaining teams to watch on Cape Ann this school year.

PAUL BILODEAU/Staff photoBridget Twombly and the Hornets won the CAL Baker Division for the fifth season in a row this past fall.

PAUL BILODEAU/Staff photoCAL Baker Player of the Year Jake Engel led Rockport to the state tournament for the second season in a row.

On Wednesday the Gloucester Daily Times recognized the top moments of the 2019-20 high school sports season. Now it's time to recognize the top teams.

There was plenty of team success on Cape Ann in the fall and winter season including three sectional finalists and several state tournament qualifiers.

Here's a look at the best from each Cape Ann school.

Field Hockey (14-4-2): Gloucester had its two-year unbeaten streak in the Northeastern Conference snapped as it was the NEC runner-up to Danvers. But the Fishermen more than made up for it with an incredible state tournament run, going all the way to the Division 2 North Finals for just the third time in program history and first time in 18 years.

Gloucester ended up beating the NEC champ Falcons in the tournament and turned into an absolute juggernaut by season's end with little to no weaknesses. That included an elite offense, a defense that turned into a real strength and the ability to grind out close games against tough competition.

Hockey (13-6-3): The Gloucester hockey team was one of the most interesting and most entertaining teams to watch this school year. Sure, they had some flaws, such as a lack of depth and experience in some spots. But the team's strengths were gigantic.

Teams would frequently gain a territorial edge over the Fishermen, but with a NEC MVP goalie in net in Connor Vittands, who was as cool as it gets under pressure, they could weather most storms and lull teams into a false sense of security. Once opponent's let their guard down for even a second, star scorers E.J. Field, Jack Costanzo and Jeremy Abreu would make them pay with their finishing ability.

Flawed yes, but teams needed to score at least four goals to have a chance against this team.

Boys Basketball (13-9): A rock solid team led by one of the best players in program history in senior captain Marcus Montagnino and a strong group of emerging youngsters including a standout trio of sophomores in Zach Oliver, Byron Thomas and Jack Patten.

The boys basketball program is a program that does not have a ton of tradition in terms of postseason success, but has turned into a very consistent commodity in the NEC. The Fishermen beat Wakefield in the opening round of the Division 2 North State Tournament, marking the first time in program history the team has won a postseason game two seasons in a row.

Gloucester was strong on both ends of the floor and could adapt to what the opponent threw its way, making it a tough matchup for just about every team.

Boys Soccer (10-7-2): The boys soccer team was a lot like the hockey team this winter. The team had some flaws but they were outweighed by their strengths.

The Fishermen were an offensive machine led by the scoring duo of Anthony Suazo, who set a single season program record with 26 goals and was named NEC MVP for the second year in a row, and sophomore Andrew Coelho, who has already emerged as a star and looks like a superstar in the making.

Gloucester took on all of the titans in the NEC last fall and competed with all of them, beating most of them. The combination of an elite offense and a defense that got better and better as the year went on, led by Jack Patten and goalie Max Sperry, this team was a formidable foe against anyone.

Boys Soccer (11-5-5): The boys soccer team had the best win percentage of any Rockport team during the 2019-20 school year, and the team did it in the Cape Ann League's best and deepest sport.

The Vikings were powered by a stingy defense, led by a deep unit that included keeper Camden Wheeler and sweeper Austin Matus along with midfielders Charlie Prentiss and Adam Ramsden. Rockport allowed under one goal per game, but it was an improved offense that helped the team reach the next level, reaching the sectional semifinals for the first time since 2012. Andrew Guelli powered that Vikings offense.

Rockport was one of the area's most balanced teams and was just as good as any team in Division 4 North.

Rockport was led by sophomore Kylie Schrock, an offensive force that led the North Shore with over 22 points per game and led Rockport in rebounds.

Defense was the team's bread and butter as picture perfect teamwork helped the Vikings perfectly execute a 2-3 zone, where they could close in on shooters, collapse on the post and create turnovers. Senior captains Lauren Ryan and Holly Gagnon and junior captain Zoe Lucido were all defensive standouts for the team.

Golf (8-6): The Vikings navigated a difficult Cape Ann League to reach the Division 3 North Tournament for the second season in a row while putting up the second highest average score per match in the Baker Division, which uses the Stableford scoring system, where the high score wins.

Rockport was especially tough at Rockport Golf Club, where it went 5-1 with its only loss coming to the CAL Kinney champs.

Hockey (9-9-3): Rockport snapped a seven-year state tournament drought on the ice this winter as the team emerged as a dangerous team in the Commonwealth Athletic Conference.

The Vikings got off to a slow start but took off down the stretch, going 7-2 in the second half of the season, which included wins over Shawsheen and Hamilton-Wenham, to reach the tourney.

Andrew Guelli was Rockport's leading scorer with John Andrew and Rowen Silva having big seasons as well. Aiden Arnold led the defense with both Cal Twombly and Walker Knowles playing well in goal.

Girls Soccer (11-4-5): The Hornets reached the Division 4 North Finals for the second season in a row after putting together a stellar season in an incredibly deep Cape Ann League.

Manchester Essex was well balanced with stars in every layer of the field as it was the top scoring team in the CAL Baker while allowing the second fewest goals. Maya Baker and Dasa Hase powered the Hornets offense with Mia Cromwell leading the midfield en route to an All League season and Sophie Gillespie leading the defense.

The Hornets were penalty kicks away from winning Division 4 North and were simply dominant the rest of the way through the postseason.

Boys Soccer (15-3-4): The boys soccer team continued to be one of the premiere program's on the North Shore and in Division 4 this past fall by reaching the sectional finals for the fourth time in the last six seasons while winning the CAL Baker Division for the fourth season in a row.

The team took it one step further this season by going undefeated in CAL action for the first time in program history, which included the program's first ever win over Masconomet.

Kellen Furse was named CAL Baker MVP and the top player in the entire CAL as he formed the league's top offensive trios with fellow senior captain Finn Kiernan sophomore Naderson Curtis to lead the league in goals per game. Kai Carroll led the ME defense.

Field Hockey (13-4-2): The field hockey team was up to its usual antics last fall, winning the CAL Baker for the fifth season in a row while establishing itself as a serious tournament threat.

Although the team was eliminated in the sectional quarters, it fell to eventual sectional champ Lynnfield in a game that it controlled but just could not catch a break.

The team was simply dominant in the Baker Division as it scored the most goals while allowing the fewest. The Lady Hornets were particularly dangerous on the offensive end, led by Bridget Twombly, Lily Athanas, Christina Bullock and Anna Coyne while Cagney Pallazola powered a stout defense.

Golf (10-2): It was a dominant season on the links as the Hornets did not lose a game to a CAL Baker opponent while winning their first league crown since 2013 and qualifying for the Division 3 North Tournament.

The team was very deep with several players capable of leading the team in scoring on any given match.

Ian Taliaferro and Theo Parianos led the team in the postseason while Sam Rice and Charlie Gendron were also consistent scorers on the season.

Football (8-2): On the gridiron, the Hornets went from a program on the brink in 2018 with only 20 players to a standout team in 2019 that won eight games and reached the Division 7 North Finals for the first time in the current MIAA playoff format.

Led by a physical presence on both sides of the ball, the Hornets out-willed opponents and wore them down with a relentless attack.