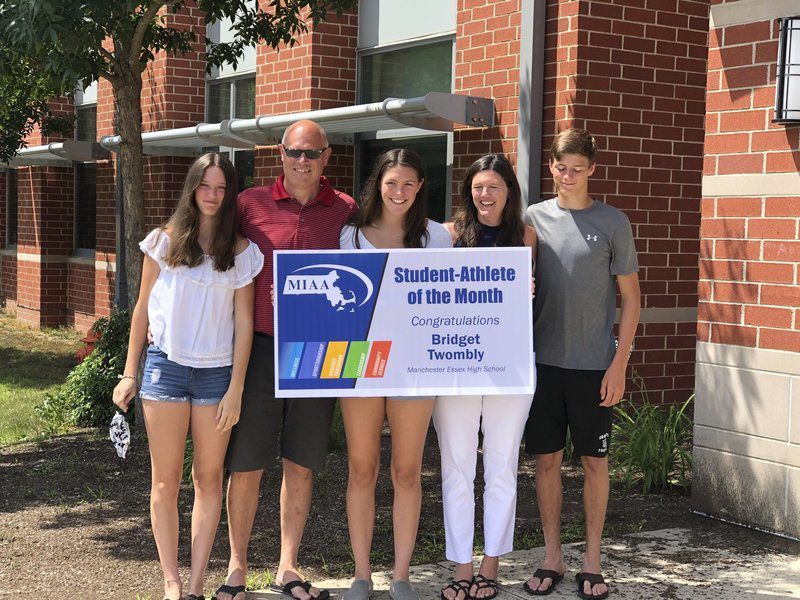 Courtesy PhotoManchester Essex's Bridget Twombly receives the MIAA Student Athlete of the Month Award in a brief ceremony with her family at Manchester Essex High School on Tuesday. 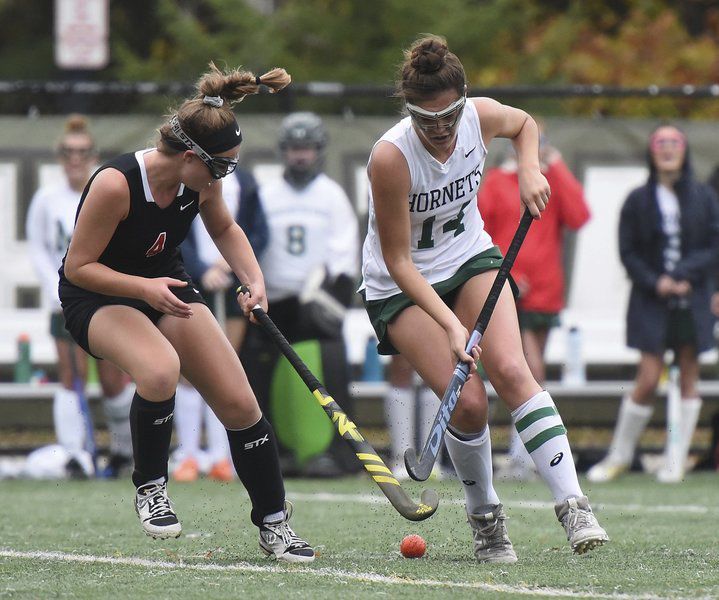 PAUL BILODEAU/Staff photoManchester Essex's Bridget Twombly was honored as the MIAA Student Athlete of the Month.

Courtesy PhotoManchester Essex's Bridget Twombly receives the MIAA Student Athlete of the Month Award in a brief ceremony with her family at Manchester Essex High School on Tuesday.

PAUL BILODEAU/Staff photoManchester Essex's Bridget Twombly was honored as the MIAA Student Athlete of the Month.

For her work both in the classroom and on multiple athletic teams, Manchester Essex's Bridget Twombly was recognized by the Massachusetts Interscholastic Athletic Association (MIAA) as its Student Athlete of the Month for the month of March.

Twombly, a recently graduated member of the class of 2020, was presented her award by the MIAA at Manchester Essex Regional High School on Tuesday.

Twombly is a three-sport standout who is a multiple time All-Star in field hockey, including a first team selection last fall, a starter on the basketball team and an All-Star performer for the defending Division 2 North champion lacrosse team.

Although she only got to play two seasons as a senior, she was one of the field hockey team's most dangerous scorers and playmakers, helping the Hornets to the Cape Ann League Baker Division championship.

On the basketball court, she was one of the best rebounders on a state tournament qualifying team and a stellar defender.

"She's a coach's dream," Manchester Essex head basketball coach Lauren Dubois said. "She gives her all every moment she is on the court in games and in practices and sets the example for how to make her teammates better."

Academically, Twombly is near the top of her class, sporting a GPA of 4.98 out of five. She is a member of the National Honors Society and a Junior Scholar.

She also has an impact on the community as she is a youth basketball coach, a mentor in the Cape Ann League Adaptive Lacrosse Program, which teaches children with disabilities how to play the sport, and is a volunteer at the Glen Urquhart School in Beverly.

The MIAA chooses one female and one male student athlete each month in a field that includes the entire state. Twombly was set to receive her award at the annual MIAA Awards Recognition Banquet, but that was cancelled due to the COVID-19 pandemic.