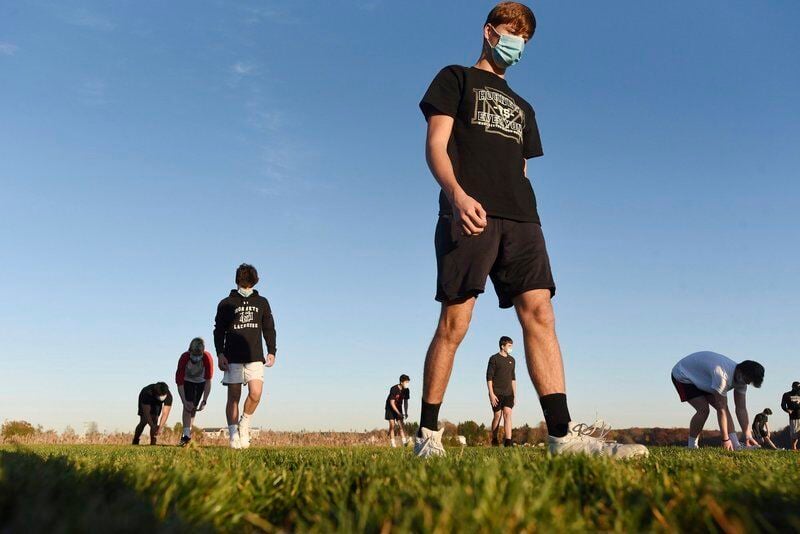 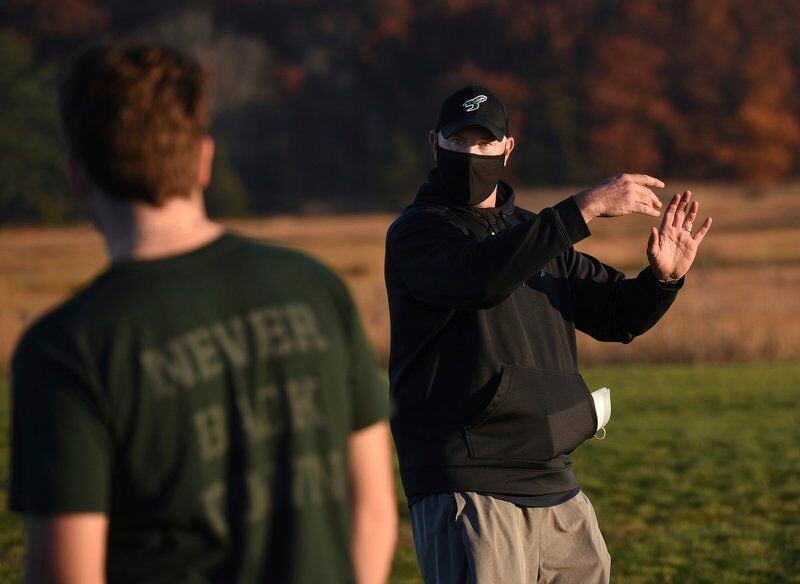 Manchester Essex football coach Jeff Hutton leads his team through a drill at a recent preseason practice at Memorial Field. 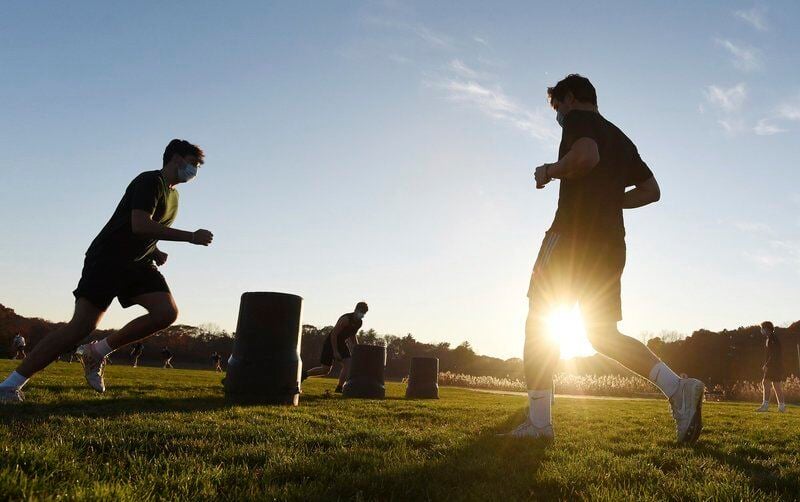 PAUL BILODEAU/Staff photo. In the low sunlight, the Hornets go through drills at a recent football practice. 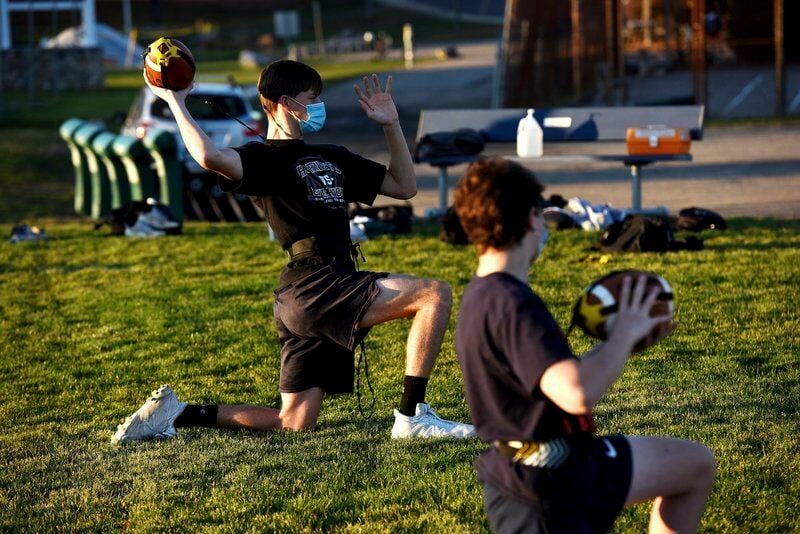 PAUL BILODEAU/Staff photosQuarterbacks go through drills in a recent preseason workout at Memorial Field. Players were not allowed to share equipment so Manchester Essex quarterbacks had to throw balls attached to bungee cords in throwing drills.

Manchester Essex football coach Jeff Hutton leads his team through a drill at a recent preseason practice at Memorial Field.

PAUL BILODEAU/Staff photo. In the low sunlight, the Hornets go through drills at a recent football practice.

PAUL BILODEAU/Staff photosQuarterbacks go through drills in a recent preseason workout at Memorial Field. Players were not allowed to share equipment so Manchester Essex quarterbacks had to throw balls attached to bungee cords in throwing drills.

The high school football season is not scheduled to begin this school year until the “Fall 2” season begins in late February. But that hasn’t stopped the Manchester Essex football program from sharpening its skills this fall.

Due to the COVID-19 pandemic, football was not played this fall as it was deemed a high risk sport. Teams, however, were able to hold out of season practices as the MIAA eliminated Rule 40, which prohibits coaches from holding workouts outside of the season.

“We did two days a week and I thought we had some really good practices,” Hutton said. “We could only practice in just helmets but it was good to get out there, compete a little and have some fun.”

There were restrictions to what the team could do this fall. Full padded practices were not permitted so teams went out in standard workout gear and helmets. Players also could not share equipment, so outside of quarterbacks practicing throwing with a ball attached to a bungee cord, footballs were not allowed.

“We did a lot of position specific drills,” Hutton said. “I gotta give credit to the kids. As coaches we can think of plenty of things to do without a football but it’s tough to find motivation in a voluntary workout where you can’t even throw the ball around. But the attendance was great and everyone showed up with a great attitude.”

The team also did a little bit of install when it comes to offensive and defensive schemes to refresh their memory and get the new players familiar with some of the terminology.

The Hornets, who finished 8-2 in 2019 and reached the Division 7 North Finals for the first time under the current playoff format, had as much as 26 kids show up to workout this fall.

“Our upper classmen, especially the seniors, have been great throughout this whole thing,” Hutton said. “It’s a frustrating experience for them and they’re doing everything they can to make the best of it.”

With the winter high school sports season right around the corner, the Hornets are not expected to hold workouts as the vast majority of the team plays a winter sport.

“Of the 26 kids we had at practices, 20 play a winter sport,” Hutton said. “And that’s great, we are uncertain that we will be able to use the weight room this winter and the best way to stay in shape is to play another sport. We encourage that and now as coaches we look forward to coming back and trying to practice in February. Bundle up.”