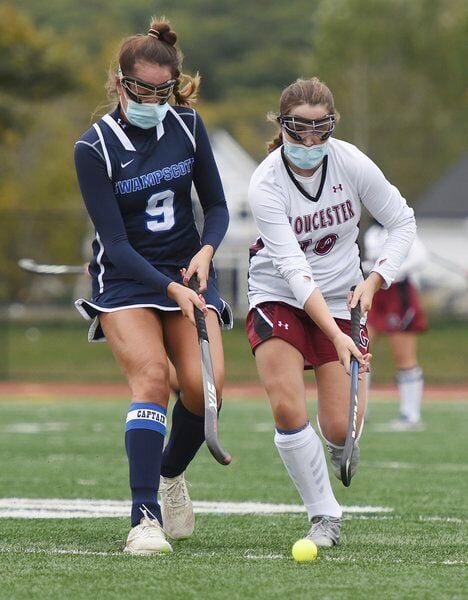 PAUL BILODEAU/Staff photoGloucester's Ella Costa, right, breaks up field with Swampscott's Harper Clopton in pursuit in Monday's game at Newell Stadium. Costa scored with 58 seconds left to salvage a 1-1 tie for the Fishermen. 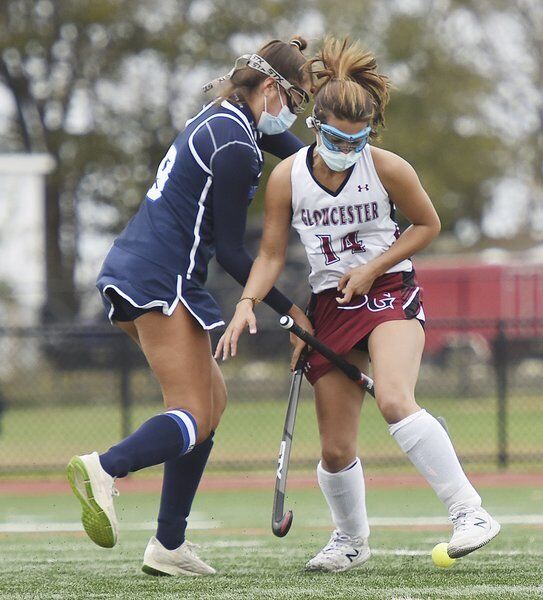 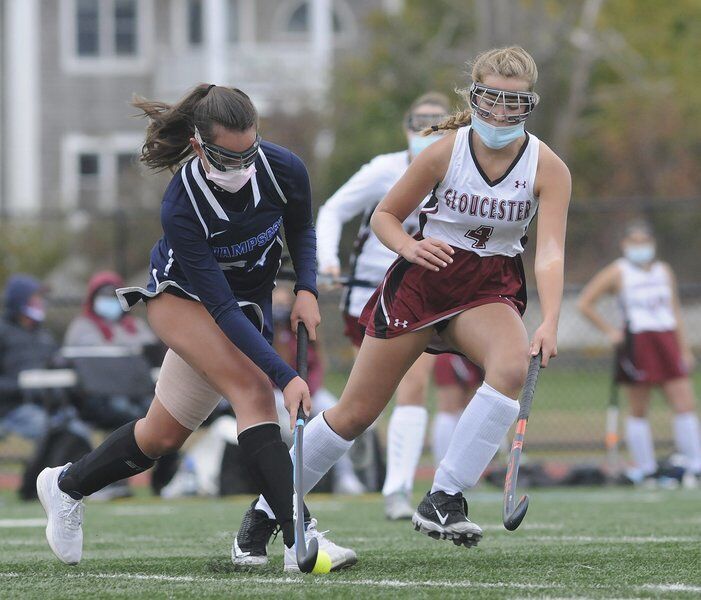 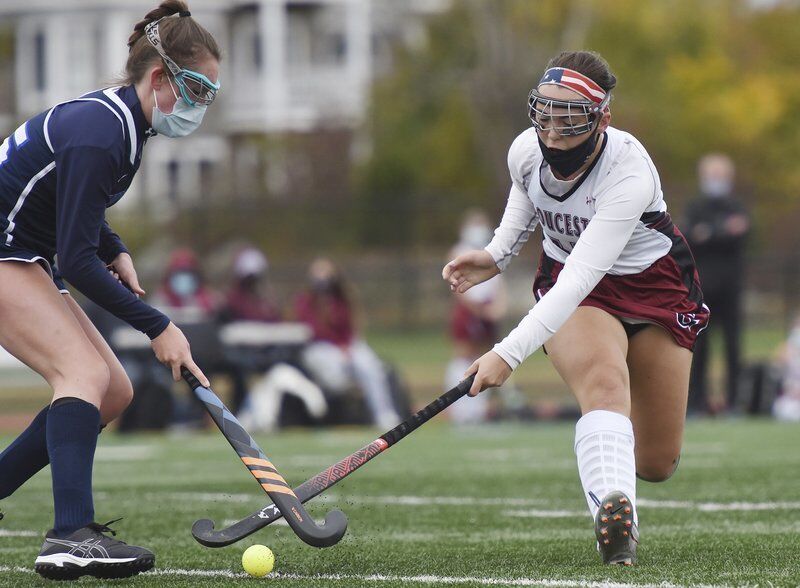 PAUL BILODEAU/Staff photoGloucester's Ella Costa, right, breaks up field with Swampscott's Harper Clopton in pursuit in Monday's game at Newell Stadium. Costa scored with 58 seconds left to salvage a 1-1 tie for the Fishermen.

The Swampscott field hockey team was less than a minute away from leaving Newell Stadium with a big Northeastern Conference road victory on Monday morning against Gloucester.

But with 58 seconds left to play, Gloucester finally found some room behind a Swampscott defense that had been very stingy all game. A pass from the left wing made it through traffic and onto the stick of freshman Ella Costa, who got behind the defense and finished the play to salvage a 1-1 tie.

"It was good to finish strong," Gloucester head coach Lauren Riley Gove said. "The rule changes and modification definitely take some getting used to but we turned up the pressure in the fourth quarter and got a big goal from a freshman to tie it."

"It was a tough finish but I thought we played well," she said. "(Gloucester) took advantage of one little breakdown late but we were really solid back there all day. It was a well played game, both teams deserved the point."

In the second game of the season for both teams, there was still a lot of getting used to in terms of the COVID-19 rule changes.

Teams play 7-on-7 this year, which made for a faster paced game, especially on the Newell Stadium turf. But despite more open space, it did not lead to an increase in scoring chances. The elimination of corner plays, which were taken out due to player's bunching up in a dead ball situation, and less sticks inside the circle to scoop up a loose ball make scoring tough to come by.

"You have to play a defensive game 7-on-7," said Riley Gove, whose team moves to 0-1-1 with the draw. "There's more room to cover so you have to substitute more and we are usually really strong on corners with our passing. It's a different game that every team has to adapt to."

The 7-on-7 lends itself to more stick handling situations, and Swampscott got its goal with some superior stick handling. Olivia Baran opened up the scoring with 9:52 to go in the half on an outstanding individual effort where she worked the ball through two defenders to break in all alone and finished with a hard shot to give her team a 1-0 lead.

"That was a great shot and stick work to get the shot off," Russo said. "Players will have more room to make plays like that this year and we will see more hard shots from distance with fewer players on the field."

The Big Blue took a 1-0 lead into the half and nearly got another early in the third, but Gloucester goalie Mia Wheeler (six saves) made two big saves on shots in close to keep her team in the game.

Gloucester continued to get better as the game went on, Lacie Ciarametaro and Chiara O'Connor played well on defense while Kelsey Lowthers had a big game in the midfield and Avery Smith was strong on defense.