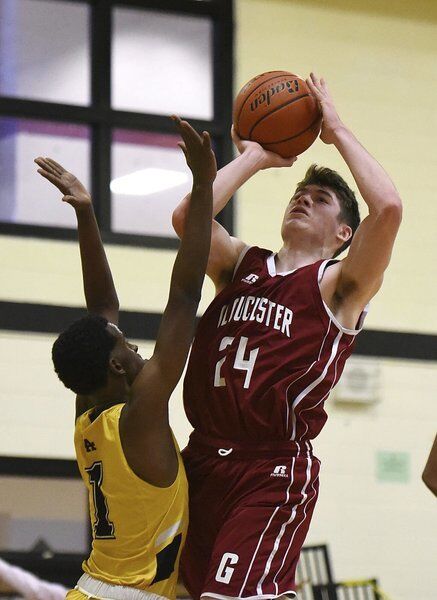 PAUL BILODEAU/Staff photoMarcus Montagnino and the Fishermen won a postseason game two-years in a row for the first time in program history last winter. 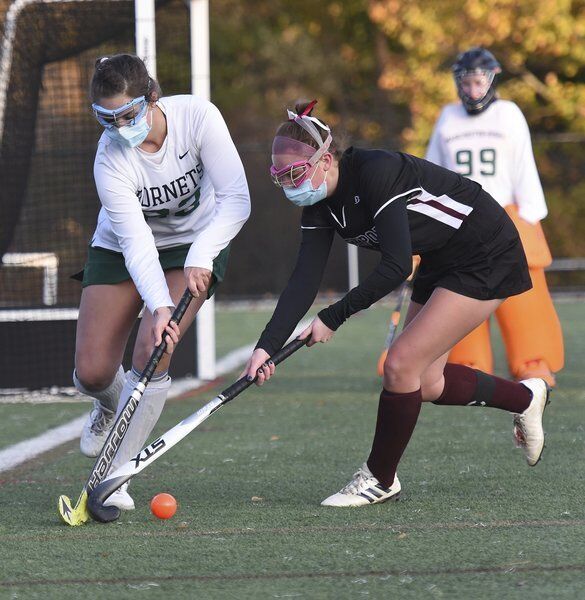 PAUL BILODEAU/Staff photoHadley Levendusky and the Hornets were the best team in the Cape Ann League this fall. 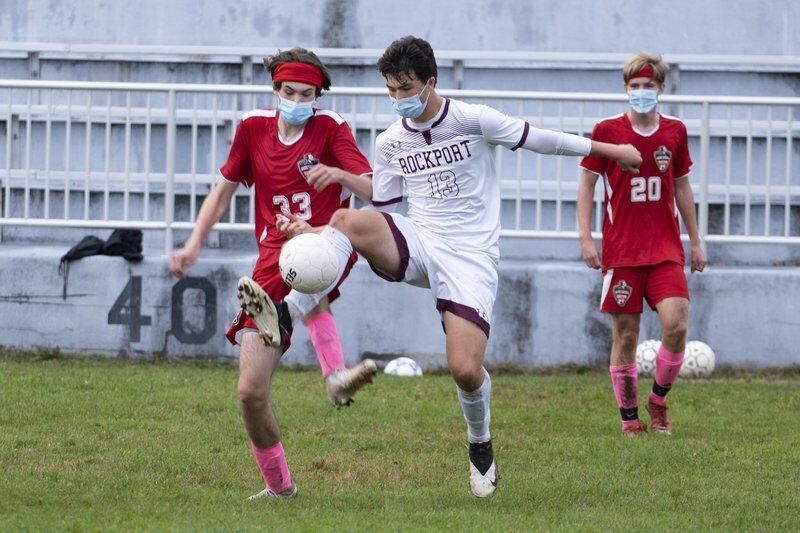 PAUL BILODEAU/Staff photoMarcus Montagnino and the Fishermen won a postseason game two-years in a row for the first time in program history last winter.

PAUL BILODEAU/Staff photoHadley Levendusky and the Hornets were the best team in the Cape Ann League this fall.

As the year 2020 comes to a close, it's time to wrap up the high school sports season. The year was of course an incomplete one from a sports perspective as the spring season was cancelled due to the COVID-19 pandemic, which is the strongest season collectively for Cape Ann high school sports teams.

Although incomplete, the winter 2019-20 and the fall 2020 seasons were completed but with major restrictions and rule modifications in the fall season.

Through it all, Cape Ann athletes still provided some big time moments and highlights on their respective athletic fields and the area still had several teams that turned in standout seasons.

This week, the Gloucester Daily Times will be looking at the top teams, games and sports stories of 2020 on Cape Ann. The area's top teams kick things off today, the top games will be featured in Wednesday's sports page with the top moments of the year being featured on Thursday, December 31.

Here's each school's top four teams of the 2020 calendar year, in no particular order.

Boys Basketball- The Fishermen finished 13-9 and reached the Division 2 North Quarterfinals, winning a postseason game two years in a row for the first time in program history under head coach Khris Silveria.

Gloucester was led by senior center Marcus Montagnino, a former Conference MVP who finished his career with 1,293 points, third most in program history. Montagnino, who averaged 22.8 points per game, was flanked by All-Star sophomores Byron Thomas (wing) and Zach Oliver (shooting guard) giving the team a potent and balanced offense.

Gloucester finished behind only Beverly in the NEC North standings and opened up the tournament with an impressive First Round win over Wakefield, 83-71.

Boys Soccer- Head coach Armando Marnoto's squad thrived under the modified rules this fall and were an offensive juggernaut that compiled an 8-2 record, best in the NEC South Division, which did not feature Lynn English, Lynn Classical and Winthrop this fall.

Junior midfielder/striker Andrew Coelho established himself as one of the NEC's best this season with 14 goals in 10 games. Senior captain Owen Hardy was a stabilizing force in the midfield while juniors Jack Patten (back) and Max Sperry (keeper) anchored a standout defense.

The Fishermen would have been a more than formidable team if a Division 3 North State Tournament took place this year and probably would have hosted at least one game at Newell Stadium.

Field Hockey- Head coach Lauren Riley Gove and company were up to their usual antics this fall as one of the NEC's elite teams. Gloucester finished 7-2-1 on the season, good for the second best record in the NEC, and finished the season with six straight wins.

Senior captain Mia Salah capped off the most prolific career in program history, finishing up with a school record 124 points and 71 goals. Senior captains Ella Marshall (midfield/forward), Kelsey Lowthers (midfield) and Mia Wheeler (goalie) all turned in All Conference caliber play this fall as well.

Hockey- One of the year's most exciting teams took to the ice last winter and put together a record of 13-6-3. Derek Geary's squad was runner-up in the NEC North and won a postseason game for the first time since 2016.

The Fishermen were led by their star power with senior goalie Connor Vittands taking home Northeastern Conference MVP honors. Senior forward E.J. Field led the team with 43 points and finished his high school career as the sixth leading scorer in program history with 131 points. Sophomore forward Jack Costanzo scored 41 points and earned All Conference honors for the second season in a row.

The team waxed Wakefield, 5-1 in the Division 2 North First Round and were then eliminated by eventual State Co-Champ Lincoln-Sudbury, 6-5 in overtime in an incredibly exciting, back-and-forth game.

The team was powered by a standout defense that allowed a half goal per game, fewest in the CAL. Senior keeper Camden Wheeler and senior sweeper back Austin Matus were both All League selections. Offensively, the team got serious production from senior wing midfielder Frew Rowen, senior striker Sam Lamond and junior midfielder Benan Murock, all CAL-All star performers.

The Vikings would have been one of the elite teams in the Division 4 North State Tournament this fall if it had taken place.

Girls Basketball- The Lady Vikings made history last winter by reaching the state tournament and winning a postseason game for the first time in multiple decades. Head coach Mike Wilson's squad finished up at 13-9.

Sophomore forward Kylie Schrock led the way for the Vikings as she was the highest scoring girl on the North Shore with 22.2 points per game. Lauren Ryan and Zoe Lucido powered a strong back court with Holly Gagnon turning in strong production at forward.

The highlight of the season for the Vikings was a 53-36 shellacking of Lynn Tech at the Rowell Gymnasium to advance to the Division 4 North Quarterfinals.

Golf- On the links Rockport won its first Cape Ann League championship since the 1970's, turning in a 9-3 record while going unbeaten in CAL Baker action.

Junior Jack Cahill was head coach Larry Burnham's top scorer this season as he earned CAL Baker Golfer of the Year honors. Junior Will Cahill and senior Bowen Slingluff also turned in All-Star seasons to give Rockport some serious depth at the top of the lineup.

Unfortunately, the Vikings did not get the chance to compete in the Division 3 North Sectional Tournament, where their depth would have been a big asset.

Hockey- First year head coach Kyle Nelson's team qualified for the state tournament for the first time since 2013, turning in a record of 9-9-3.

The Vikings were a very balanced squad from top to bottom that could win in many different ways. Senior Andrew Guelli led the team in scoring with 21 points on 10 goals and 11 assists. Rowen Silva (17 points), John Andrew (13 points) and A.J. Curcuru (13 points) also had strong offensive seasons. Sophomore Aidan Arnold led the defense while Cal Twombly and Walker Knowles both played well in net.

Rockport was bounced by Watertown, 3-1 in the opening round of the Division 3 North State Tournament in a very competitive game. The Vikings were runners-up in the Commonwealth Athletic Conference.

Boys Cross Country- The Hornets were 4-1 on the season, but Mark Dawson's squad was unbeaten in the CAL Baker to take home the league title.

Senior Will Kenney was the Hornets top runner as he was unbeaten as an individual on the season and the CAL Baker Runner of the Year. Cormac Edgerton was a strong No. 2 and an All-Star performer at the top of the lineup.

Given the team's success in the Cape Ann League, it surely would have been a contender in the Eastern Mass. Division 5 Meet if it had taken place this fall.

Field Hockey- Head coach Kara Crovo's squad was not only the CAL Baker champions, they were the outright Cape Ann League champs as their 8-1-1 record was tops in the entire league.

Senior midfielder Lily Athanas was the CAL Baker Player of the Year for her two-way game. Freshman Cailie Patrick led the team in scoring and was an All League selection. Sophomores Amy Vytopilova (midfield), Hadley Levendusky (defense) and Paige Garlitz (goalie) were All-Star performers.

The team is always a serious contender in Division 2 North as it made the sectional finals seven times last decade. The Hornets would have been one of the favorites in the section again this fall.

Golf- Head coach Hollis French's squad was just one game away from a second straight CAL Baker title. The 8-4 Hornets actually split two matches with Baker champ Rockport, each team winning on its home course, but dropped the official CAL meeting between the two squads.

The Hornets were led by a standout duo at the top of the lineup in seniors Sean O'Neill and Charlie Gendron, both Cape Ann League All-Star selections.

Manchester Essex would have been a formidable team at the Division 3 North Sectional Tournament.

Boys Soccer- Head coach Rob Bilsbury's squad had its streak of five straight CAL Baker titles snapped, but the Hornets were still a very strong team on the pitch this fall, finishing just a point shy of the league title with a record of 5-3-2.

Junior striker Naderson Curtis established himself as one of the league's elite, leading the team in scoring and earning CAL Baker Player of the Year honors. Senior midfielder Tommy Bowen was an All League selection while senior back Jack Roberts and junior midfielder Beren Schmidt were All-Star performers.

The Hornets reached the Division 4 North Finals four times in six seasons from 2014-19, this year's team would have been a threat to get back there again.