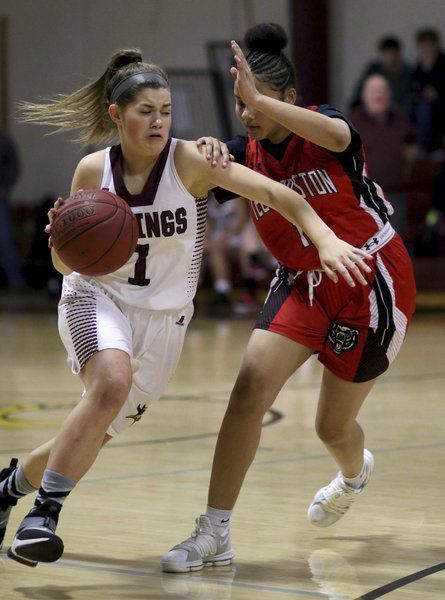 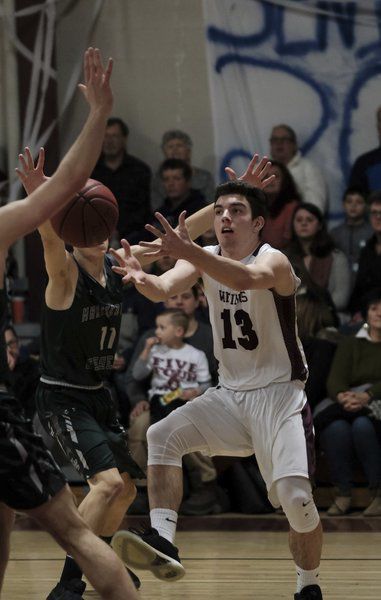 Kirk R. Williamson PhotoAustin Matus and the Vikings host Matignon tonight in the opening round of the Rockport Holiday Tournament.

Kirk R. Williamson PhotoAustin Matus and the Vikings host Matignon tonight in the opening round of the Rockport Holiday Tournament.

Rockport High School's Rowell Gymnasium has a packed schedule this weekend with both the Vikings girls and boys programs hosting the Second Annual Rockport Holiday Tournament.

The tournament features four boys and four girls teams, all Division 4 programs that stack up pretty well against each other.

The girls will open up tournament action on Friday with Georgetown taking on Essex Tech at 1 p.m. The boys tournament will start at 3 with St. Joseph's Prep meeting Georgetown.

The opening round concludes with back-to-back games from the host Vikings. The girls take on Essex Tech at 5 p.m. followed by the boys against Matignon at 7.

The Rockport girls enter the tournament on a nice hot streak to open the season, sporting a 3-0 record with two of those wins coming by more than 20 points. The Vikings have really been getting it done on the defensive end, allowing just 27 points per game in the early stages of the season.

The hosts will take on Essex Tech, which enters with a record of 1-2 against tough competition early in the season.

The two teams met twice last winter with the Hawks taking both meetings, including the consolation game in last year's Rockport Holiday Tournament.

On the other side of the girls tournament, Georgetown is looking to get on track at 0-4 although three of those losses came to some of the better teams in the Cape Ann League.

Tech Boston, on the other hand, enters at 1-2 with one of those losses coming to Rockport.

On the boys side, the Vikings are looking to get something going after a 1-3 start to the season. Rockport dropped all three of its league games but won its last contest. The Vikings, while young, are always formidable on their home court and will be taking on a Matignon team that is in a similar spot, also sporting a record of 1-3. Both teams beat Notre Dame Cristo Rey this season and look like they stack up pretty evenly.

The other two teams in the boys tournament also look to be evenly matched. St. Joseph's Prep enters with a record of 2-1, one of those wins coming over Matignon, by one point. Essex Tech also enters at 1-3 and is looking to find a rhythm.

Both tournaments will have a new champion this season as last year's winners, Swampscott on the boys side and Whitinsville Christian on the girls side, are not in the tourney field this year.