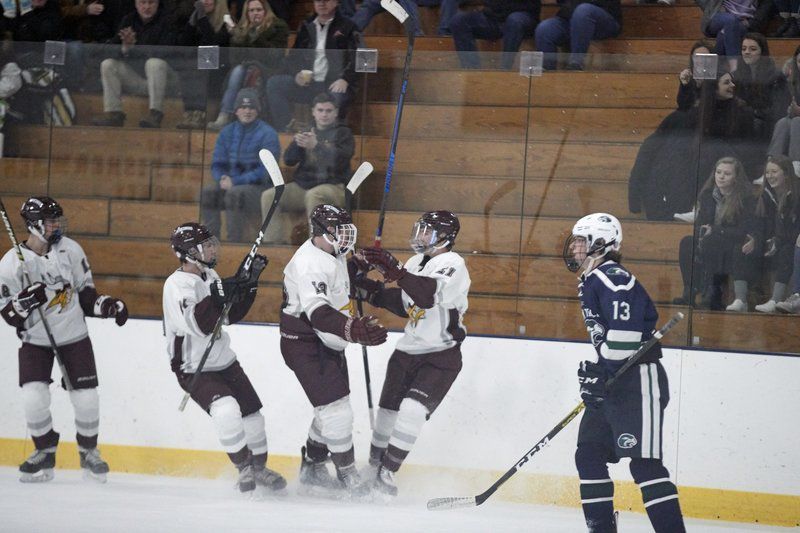 Jared Charney PhotoRockport hockey is looking to build some momentum as it hits midseason. 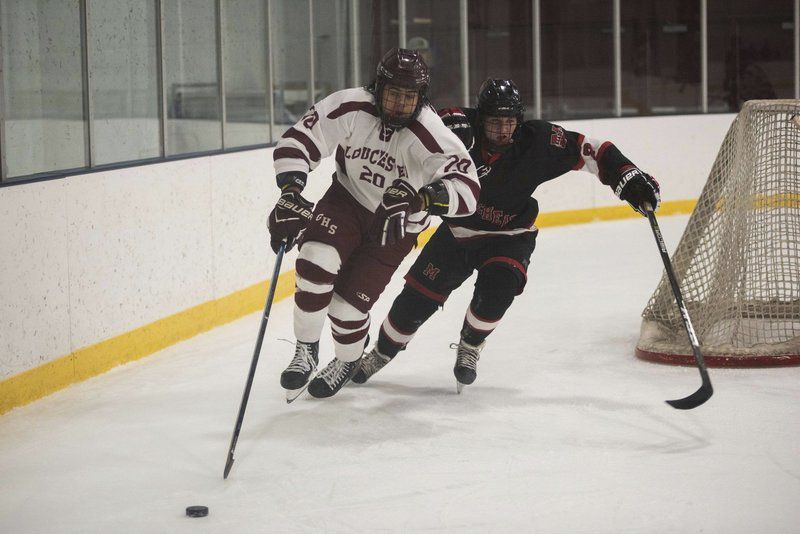 Ryan McBride/Staff PhotoJack Ashley and the Fishermen have an important stretch of NEC games coming up on the schedule in the next two weeks.

Jared Charney PhotoRockport hockey is looking to build some momentum as it hits midseason.

Ryan McBride/Staff PhotoJack Ashley and the Fishermen have an important stretch of NEC games coming up on the schedule in the next two weeks.

The Gloucester and Rockport hockey teams are about one-third of the way through the 2019-20 season. The early season feeling out process is over and the Fishermen and Vikings are about to embark on a key stretch of midseason games over the coming weeks.

For the Fishermen, the remainder of their schedule is dominated by Northeastern Conference games. After playing one NEC game in its first eight - the meeting with Marblehead in the Cape Ann Savings Bank Holiday Tournament was a non-conference game and the teams play twice more in NEC action - Gloucester will play 11 straight games against NEC competition before finishing up the season against Lynnfield.

In the next two weeks Gloucester has a very important five game stretch, starting with NEC South power Swampscott on Wednesday at the Talbot Rink (6:30 p.m.) and featuring meetings with Marblehead, Danvers, Saugus and finishing with Beverly on January 22 before getting a week off to rest.

The Fishermen have a chance to make a real impact in the conference standings before their "bye week" and, on paper at least, the NEC North (Gloucester, Beverly, Danvers, Marblehead and Winthrop) looks to be ripe with parity this winter.

Gloucester already had a highly competitive game against Marblehead, although it was a 3-2 loss, and pulled away for a win over Winthrop in another closely contested game. The Marblehead and Beverly looked evenly matched in a non-conference game in the Holiday Tournament at Talbot Rink. Winthrop has split four conference games in the early stages of the season, with losses to Gloucester and Beverly. Danvers is 1-1 in the conference with a loss to Marblehead on opening night.

With every team playing each other in the coming weeks, a frontrunner will emerge.

The good news for the Fishermen is that they look like they have hit their stride after a slow start, albeit against some of the area's top teams. Gloucester started off the season 0-3-1, including two tough losses to Cape Ann League powers Masconomet and Triton by a combined score of 9-1.

But since then, a relatively young Gloucester squad has started to find the right mix of players and varsity newcomers have started to carve out roles for themselves, and it has translated into results. After Monday's 6-4 win over Wayland, the Fishermen have now won three games in a row to get to .500 for the first time this season at 3-3-1.

The Fishermen also appear to be well out of a scoring funk that plagued them early. After scoring five times in their first four games, the team has scored 13 in the last three games. And with the way Connor Vittands has played in goal, it's no wonder the wins have started to pile up.

Gloucester appears to have found its identity heading into its most important stretch of games.

Rockport, on the other hand, is looking to get something going in the coming weeks to fight back into the postseason race. The Vikings have been competitive against a tough schedule, but their record sits at 1-4-2.

The Vikings host Minuteman on Wednesday at Talbot Rink (8 p.m.) with what may be the most important stretch of games this season to follow against Shawsheen on Saturday Northeast next Wednesday, both at Talbot Rink.

The Vikings had an off night in the first meeting against Shawsheen, an 8-2 loss, but they skated right with Northeast in a 2-0 setback in the season opener. The Rams and Golden Knights are currently the top two teams in the CAC with Rockport and Essex Tech behind them and looking to get into the top two with a big second half.

If the Vikings can flip the result in just one of those teams games, they are in a solid spot heading into the second half of the season, where the schedule is not as difficult.

The key for Rockport will be finding ways to score more goals. The Vikings have just 12 goals in seven games this season with seven of them coming in one game, a win over Nashoba Tech, which is a second half opponent. They have already proven that they can skate with just about any opponent, and if they start scoring consistently the Vikings will have a lot to say in the Commonwealth Conference race.