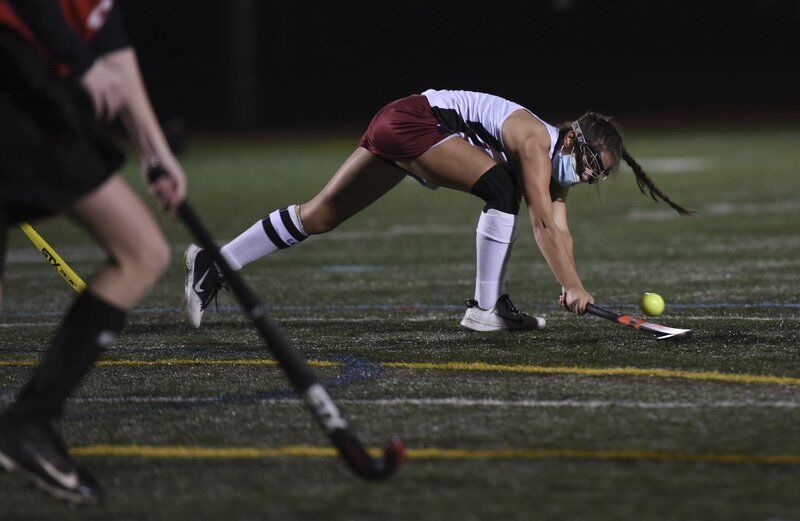 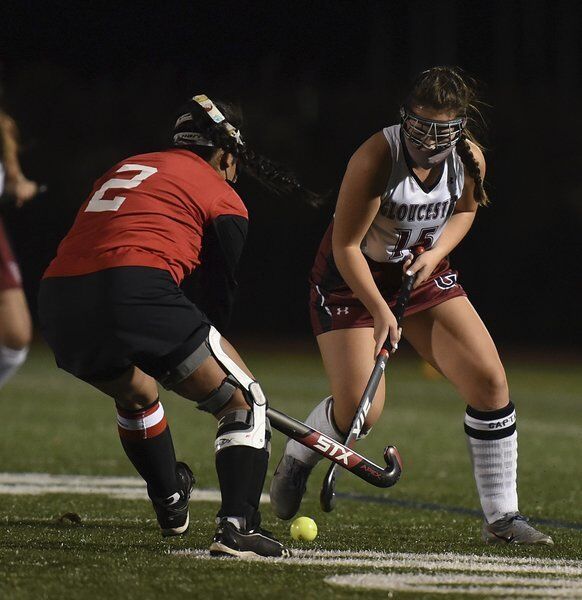 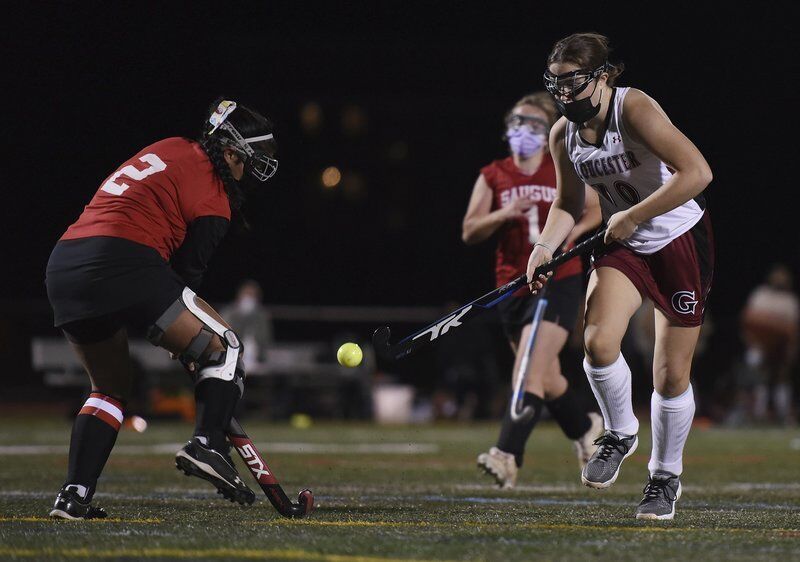 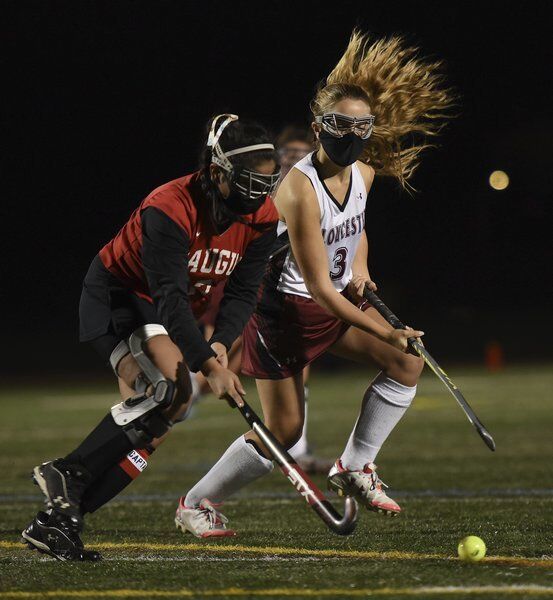 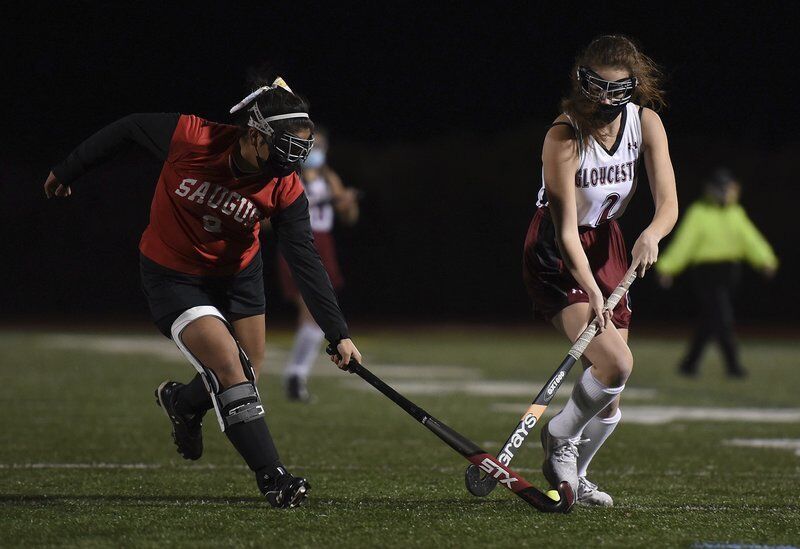 PAUL BILODEAU/Staff photoGloucester's Abbie Deyeso tries to move past Saugus' Daniela Marquez in Thursday's game at Newell Stadium. Deyeso had a goal in a Gloucester win.

PAUL BILODEAU/Staff photoGloucester's Abbie Deyeso tries to move past Saugus' Daniela Marquez in Thursday's game at Newell Stadium. Deyeso had a goal in a Gloucester win.

The Gloucester field hockey team is officially on a roll.

The Fishermen ran their win streak up to three games on Thursday night with a 5-0 demolition of Saugus at Newell Stadium. With the win, Gloucester now moves to 5-2-1 on the season with two games to go.

"We're really playing as a team right now and everyone is contributing," Gloucester head coach Lauren Riley Gove said. "Everyone played well tonight and it showed."

It was senior night for Gloucester as the team honored its ten seniors, and those seniors heavily contributed to the victory in a game where it held a 30-2 edge in shots on goal.

Senior captain Ella Marshall led the way with a hat trick. The senior scored all three of her goals in the second half, the first on a one-timer just outside the right post on a pass from senior captain Mia Salah to give Gloucester a 2-0 lead. Salah had three assists on the night and was involved in every Gloucester goal. On Thursday night she did it with her passing as she was drawing a lot of attention from the Saugus defense.

Marshall then drove straight through the middle of the field, splitting the defense and breaking in all alone for another goal and a 4-0 Fishermen edge. She capped off the scoring in the middle of the final frame banging home a rebound on a shot from senior captain Kelsey Lowthers to make it 5-0.

"Ella is such a great athlete and she's dominant 7-on-7," Riley Gove said. "She has that softball mentality where she goes after it and makes quick decisions."

The Gloucester defense didn't get a ton of work on Thursday night but senior captain Mia Wheeler did record a shutout, making a pair of stops.

The defense didn't see a lot of work because Kelsey Lowthers did a standout job shutting down any Sachems rush before it could even get started.

"Kelsey has been doing that all year for us," Riley Gove said. "She has such a strong stick and she always makes the right passes."

Senior Abbie Deyeso opened up the scoring just under nine minutes in when she put home a pass from Kelsey Lowthers.

Abby Lowthers also had a goal, knocking in a rebound off of a Salah shot in the third quarter to make it 4-0.

The Fishermen are back in action on Monday at home against Peabody (5:30 p.m.).