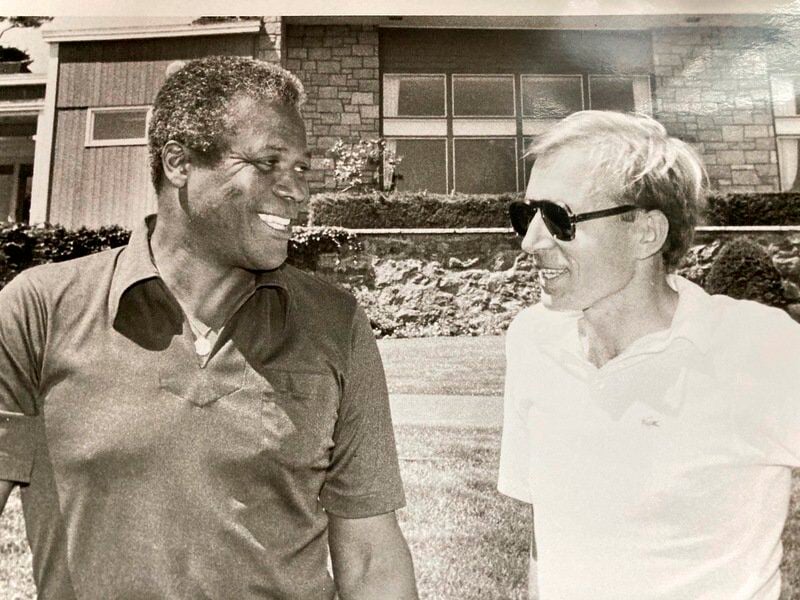 K.C. Jones and Gary Larrabee share a laugh at Kernwood Country Club in Salem during a round in the 1980s. Courtesy photo 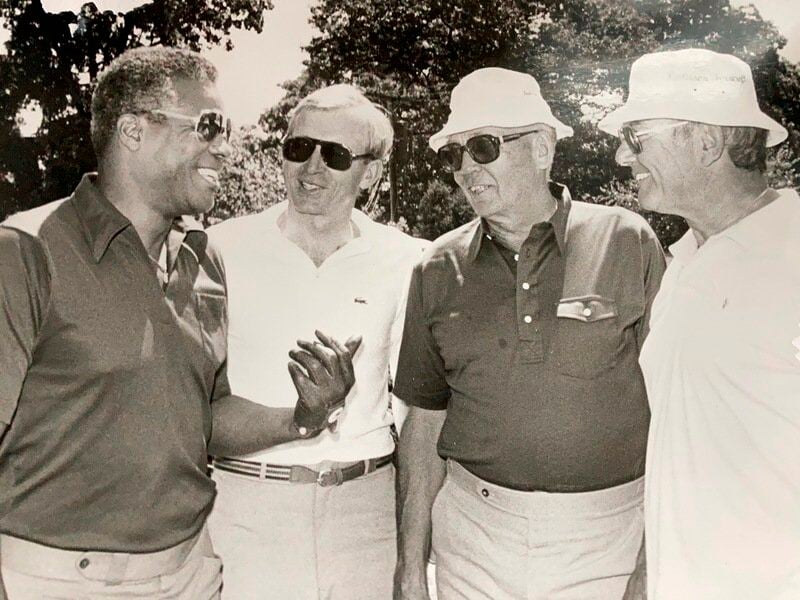 K.C. Jones and Gary Larrabee share a laugh at Kernwood Country Club in Salem during a round in the 1980s. Courtesy photo

The greatest dynasty in the history of American professional sports has lost another one of its Hall of Famers to the ages.

K.C. Jones, the ultimate teammate in his playing days for the Boston Celtics during much of their unprecedented NBA championship run (11 championships in 13 years) in the late 1950s and 1960s, and the ideal players’ coach during his five years as the Green Team’s bench boss for five seasons in the 1980s, died last week at 88.

He was never flashy, but he got results in a low-key fashion. He did so as the team’s point guard after Bob Cousy retired, then again in guiding the Larry Bird-featured Celtics to four NBA Finals after succeeding Bill Fitch as coach in 1983. He was always happy to settle in the background, always confident with who he was and what his role was as a Boston player and coach.

Former colleague Mike Grenier and myself appreciated K.C. as a player when we were growing up, then had the good fortune to cover the powerhouse Celtics for The Salem News in the 1970s and 1980s, including his years as head coach.

His death marks the third passing of a Celtics immortal from this most dominant of all pro sports franchises (1957-’69) in the last 18 months, following the deaths of John Havlicek and Tommy Heinsohn.

No years were more gratifying and enjoyable to cover as sportswriters than K.C.’s five-year tenure — for all the obvious reasons and one not-so-obvious. The team was never more appreciated ,either. The old Garden was packed every night to cheer on Bird & Co. with an enthusiasm level you only experienced during the 1957-69 stretch come playoff time. The 1984 and 1986 teams won NBA titles and the 1985 and 1987 teams, struck with key but underlying injuries, lost the Finals to the Magic Johnson/Kareem Abdul Jabbar-led Lakers.

A Texas native, K.C. also coached the Washington Bullets to the NBA Finals in 1979 before losing to a Seattle Supersonics team led by future Celtic point guard Dennis Johnson.

K.C. knew he was not the headliner during that glorious five-year run as Boston’s coach. The players were, as they were when he was the low-scoring, defensive whiz quarterback in the 1960s with teammates like Bill Russell, Havlicek, Heinsohn and Sam Jones.

He appreciated his place as unheralded player and unheralded coach. He more than once, while chewing the fat with us ink-stained wretches on off-days during the playoffs, admited that he was one lucky son of a gun having played with the incomparable Russell when they won back-to-back NCAA titles for the University of San Francisco, won the gold medal for the USA at the 1956 Melbourne Summer Olympics, and then joined Russell yet again for much of their unmatched NBA championship dynasty in Boston.

“I’m glad I had a little talent to make that journey with Russ,” K.C. told us more than once with a modesty he need not have carried.

On a whole new level, K.C. proved to be a coach comparable, if not superior, in achievement to Russell, a fact he relished, Celtics’ executives at the time shared with me. Those were feelings of which K.C. and his bosses, including Red Auerbach, never expressed publicly, however.

He may have been underrated as a coach, but he was not come interview time. Win or lose, K.,C. always gave the media all the time they needed, including the little guys like Mike and myself working for the smaller suburban dailies. He did not mind going off-topic either, especially in talking about music (he was the best singing coach the Celtics ever had) or golf (this agent had K.C. up to Kernwood Country Club in Salem for a couple rounds, thanks to the KCC leadership).

As has been documented, K.C. was the right coach at the right time for the Celtics in the mid-1980s. Red Auerbach was glad that K.C. had taken an assistant position under Fitch, though Fitch disrespectfully gave K.C. little to do in practices or games and rarely spoke to him during the team’s travels from coast to coast. Red bit his tongue and waited for the proper time to move K.C. into the head job.

K.C. got the last laugh as Fitch’s successor, winning two NBA titles, including one when he beat Fitch’s Houston Rockets in 1986.

K.C. loved the game of basketball until his last breath, loved coaching at the college level too, and was ever so grateful for the life the sport gave to him and his family. Conversely, we are grateful for the man we knew as No. 25 and as the affable Celtics coach of two championship teams.