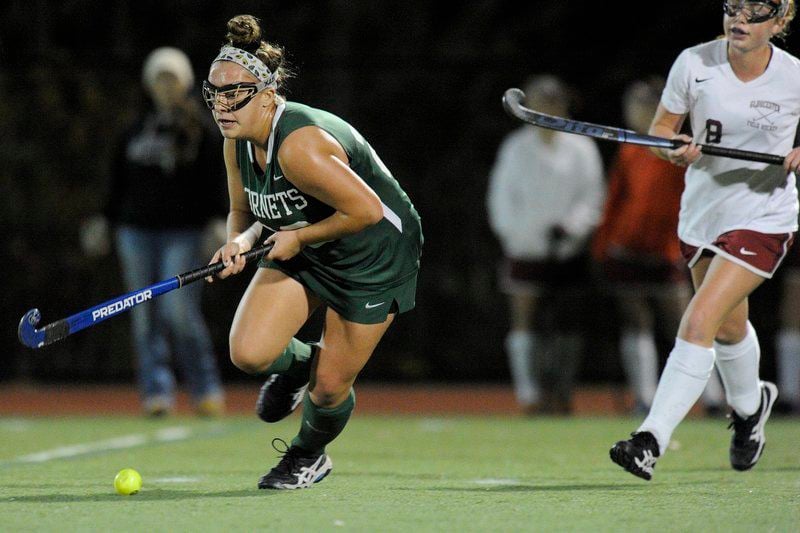 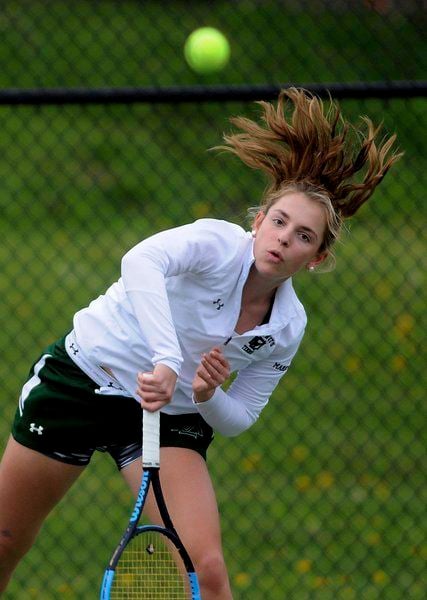 PAUL BILODEAU/Staff photoOlivia Mariotti has committed to play tennis at Brown after going undefeated in No. 1 singles action in both 2018 and 2019. 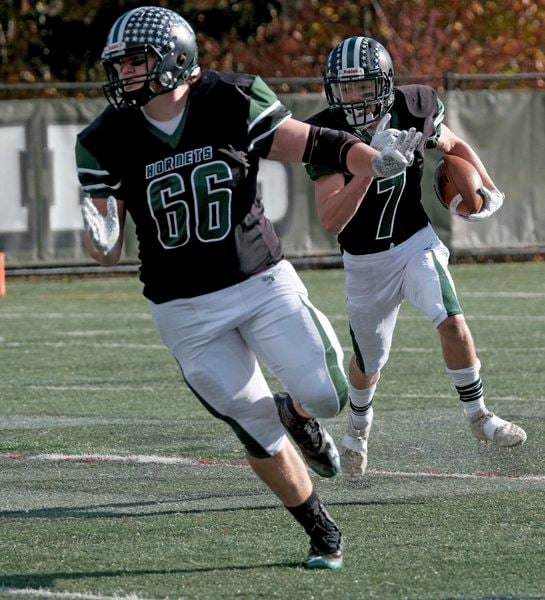 PAUL BILODEAU/Staff photoOlivia Mariotti has committed to play tennis at Brown after going undefeated in No. 1 singles action in both 2018 and 2019.

Manchester Essex boasts one of the most successful athletic programs on the North Shore. As one of the three smallest schools in the Cape Ann League, the Hornets regularly compete with much larger schools in just about every sport.

In the last calendar year, dating back to the 2019 spring season, the Hornets have won a state title, two sectional titles and several more CAL Baker championships to go along with postseason success.

With so much team success, it's no surprise that several outgoing seniors have committed to play sports at the collegiate level.

Here's a look at those athletes and where they will be heading to college.

In her two seasons playing for the Manchester Essex tennis team, Olivia Mariotti was not beaten in No. 1 singles action. The senior has been unstoppable while facing the opponent's best player in each match, and her success landed her a spot on a Division 1 program.

Mariotti, a two-time All Cape Ann League performer, will be heading to Brown University in the fall, where she will be competing for the tennis program. She helped lead Manchester Essex to the Division 3 State Championship in 2018 and helped the team reach the sectional finals in 2019, where she won her individual match against eventual state champion Weston.

Distance ace Olivia Ford is also heading to a Division 1 program for her work in both track and cross country. Ford will be running distance events for Sacred Heart University beginning in the fall.

The Manchester Essex football team had a bounce back season in 2019, reaching the Division 7 North Finals and posting a record of 8-2. Lineman Henry Doane was a driving force at one of the team's strongest positions on both sides of the ball.

The offensive guard and defensive end/tackle will be taking his talents to UMass Dartmouth, where he will play on the offensive line. Doane opened up big holes for a very efficient Hornet's ground attack, he's also athletic enough to get out on the edge.

Mia Cromwell was a college caliber athlete in two sports as she dominated on the soccer field and on the indoor track this school year. Cromwell has chosen to play soccer at the next level and she will be competing for Colby College this fall after an All League season for the Hornets in 2019.

A versatile midfielder who contributes in every layer of the field, Cromwell has been a mainstay in the starting lineup for the Hornets since her freshman season and helped lead the team to the Division 4 North Finals in both 2018 and 2019 while helping them win the program's first ever Cape Ann League championship in 2018.

Manchester Essex soccer had more than one college level player this past fall as Maya Baker has also committed to play soccer at the next level. She will be attending Keene State.

Baker, a Cape Ann League All-Star, was an offensive force for the highest scoring offense in the CAL Baker Division. She led the team in scoring in 2019 and was part of another deep tournament run for the program, which reached the sectional finals for the second season in a row.

Elizabeth Athanas finished off her high school swimming career in style this winter with a medal winning performance at the state meet and a fifth straight Cape Ann League championship in the 100 breaststroke. Athanas recently committed to swim at the next level at Springfield College.

While the 100 breaststroke is her best event, earning a spot in the state meet every year of her high school career, she is also a versatile swimmer that also competes in the individual medley, a race where one needs to use every stroke in four separate legs.

Josh Dobson led the Hornets boys swim program to a successful season in 2020, and he is moving on to the next level as well, committing to swim at UMass Dartmouth next school year.

The All League swimmer won the Cape Ann League in the 200 freestyle this winter and was a state qualifier in multiple events.

The Manchester Essex field hockey program is one of the most consistent and successful programs on the North Shore with regular success in the postseason. Isabel Amigo was a big part of the team's success in recent seasons and she will be playing field hockey at Endicott College this fall.

The Hornets were one of the toughest teams to score on last fall and Amigo's prowess in the middle of the defense was a big part of it as she was a CAL All-Star. Amigo is also a lacrosse standout who played a key role in the team reaching the state finals a year ago.

The Manchester Essex sailing team has been one of the strongest in the state in recent years, and one of its skippers is heading to a Division 1 program.

After a highly successful high school career, Hannah Freeman is heading to Stanford University to compete for its sailing team.