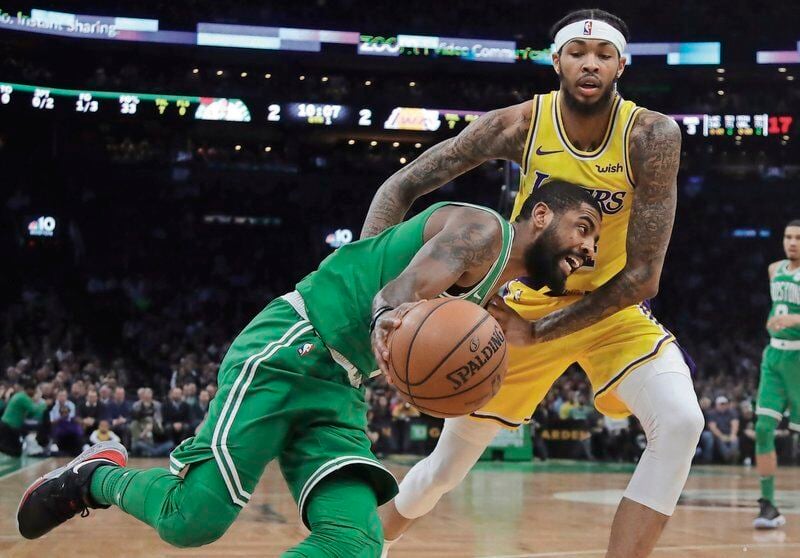 AP Photo/Elise AmendolaKyrie Irving drives against Los Angeles Lakers forward Brandon Ingram when he was with the Celtics. 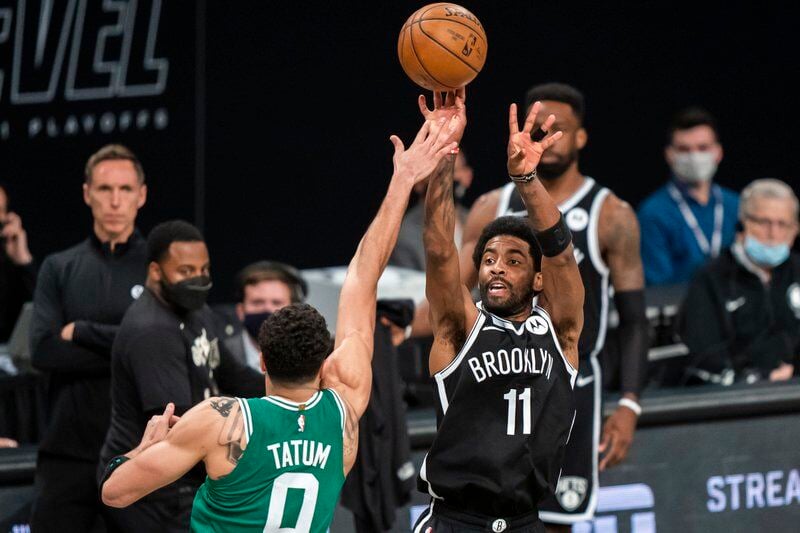 AP Photo/Elise AmendolaKyrie Irving drives against Los Angeles Lakers forward Brandon Ingram when he was with the Celtics.

Boston Celtics president Danny Ainge’s master plan was complete. All of those Nets picks. The head coach. The surrounding pieces.

Can you blame Ainge?

Those opportunities don’t come around more than once every two generations if you’re lucky.

Kyrie could play. His “act” on the court is as exciting and elite as it gets. He’s probably the most agile, freakish, deft ball-controlling player this sport has ever produced – yes, ever!

But then the other Kyrie surfaced, the high maintenance dude we heard about in Cleveland, not comfortable with playing second fiddle, not even to the great LeBron James.

That would’ve been OK because elite superstars are a different breed, but we realized he was no batman, a k a an alpha male.

Then he backed off his “I’m signing with Boston” promise on opening night of his second season, and worse, he worked a side deal with Kevin Durant at the NBA All-Star game that the duo would form a super team somewhere, and when it was reported he angrily denied it.

The kids, primarily Jayson Tatum and Jaylen Brown, had a taste of success when Kyrie missed the end of his first season and they liked it. A lot.

Kyrie couldn’t win them over. He wouldn’t accept coaching, which is not a knock on Brad Stevens because he has never accepted coaching from anybody, even LeBron.

Kyrie was asked about returning to his “old home,” the T.D. Garden, where tonight’s Game 3 will take place.

Realizing he has gone out of his way to avoid returning to Boston, feigning injuries a few times, he went low. Really, really low.

Kyrie implied he was concerned about racism, because, well, you know Boston’s history with racism. It was a cheap shot. In fact, he called it “subtle” racism.

What? What is subtle racism?

Two weeks ago, Kevin Garnett, a black man, and a true, bona fide alpha male, said the only thing he would change about his career was that he would play his entire career in Boston.

Kyrie is different. Always has been. He was never comfortable here with all of the Celtics tradition and history. It meant nothing to him.

Look, he chose the Brooklyn Nets over the now woke New York Knicks, which will turn out being a mistake as the Knicks ascend to contention and Madison Square Garden rocks.

But that’s a discussion for another day. The matter at hand is Kyrie’s out-of-nowhere racist claims, which are tired claims.

Which got me thinking: The entire NBA world will be watching tonight’s Game 3 in Boston. They want to see Boston fans losing it over Kyrie’s infantile claims.

Do we as a region have it in us to do a 180 degree turn and applaud Kyrie?

For what? Maybe it would teach him – and the country – a lesson about New Englanders, that we are nicer, kinder and more empathic than we are given credit for.

Let’s not make this about Kyrie, but about us, even though our basketball team is substandard relatively speaking.

How about cheering for Kyrie, at least at the beginning, when his name is announced for the starting lineup?

But it would be a really nice thing to do.