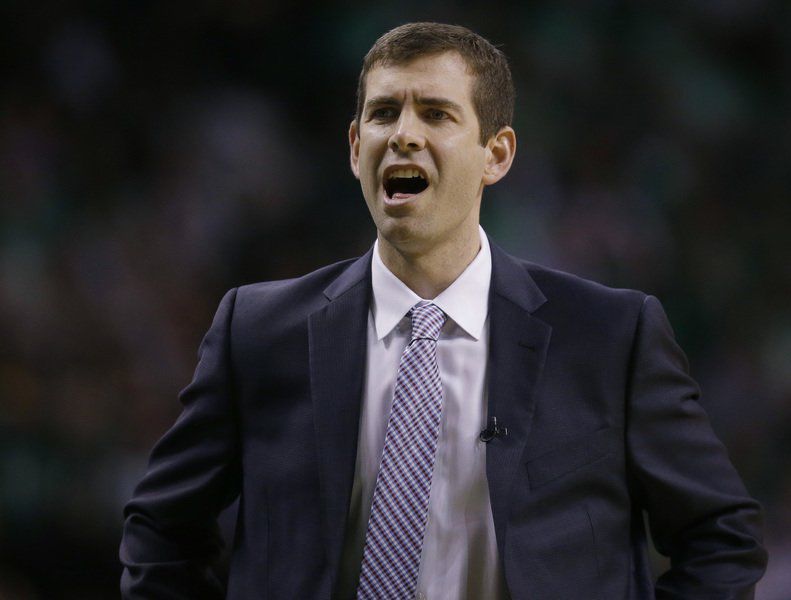 Boston Celtics head coach Brad Stevens shouts from the sideline during the first quarter of Game 7 of a second-round NBA basketball playoff series against the Washington Wizards, Monday, May 15, 2017, in Boston. (AP Photo/Charles Krupa) 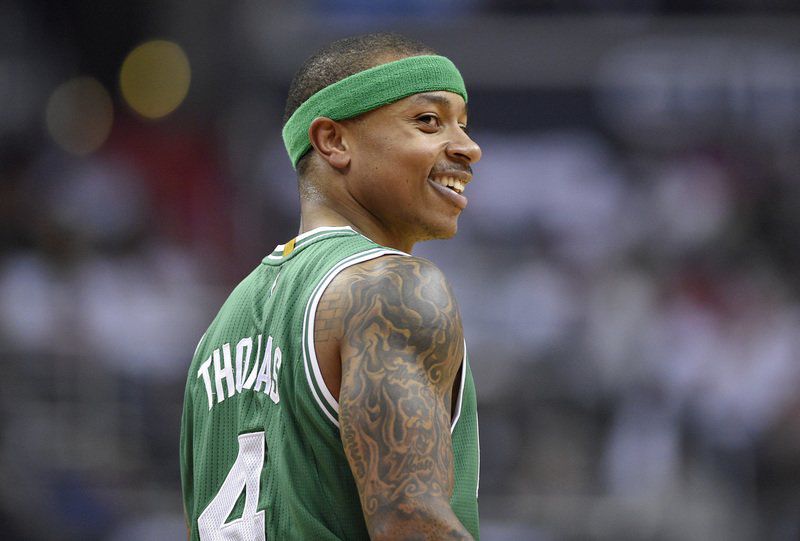 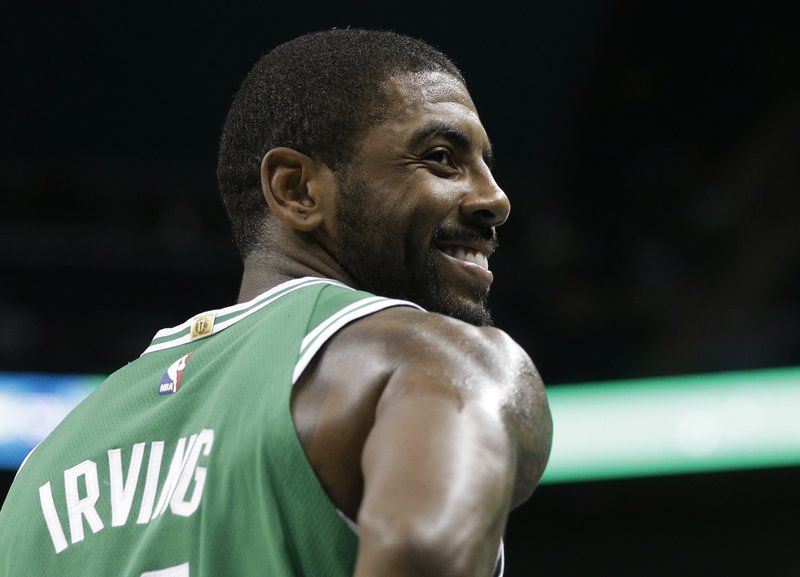 Boston Celtics head coach Brad Stevens shouts from the sideline during the first quarter of Game 7 of a second-round NBA basketball playoff series against the Washington Wizards, Monday, May 15, 2017, in Boston. (AP Photo/Charles Krupa)

To steal a line from Rex Ryan, your Boston Celtics won the off-season.

The Celtics stole the show in hot-stove talk after the deal for Kyrie Irving, for which they gave up Isaiah Thomas and Jae Crowder.

The storyline about tensions between former Cavs teammates Kyrie and LeBron James was interesting. The one about friction between Isaiah Thomas and Celtics President Danny Ainge was a close second.

But the Celtics also signed Gordon Hayward and added 11 new players — out of 15 — sending a message to the fans: “We want to win — now.”

Can’t say I blame them. Lugging around all of those first-round draft picks must have been a lot of work.

Well, the future is finally now, and here are the 10 storylines to watch as your favorite team tips off in Cleveland tonight.

The Celtics have a powerful president (Ainge) and a poweful coach (Brad Stevens), but not until the deal that sent Thomas & Co. to Cleveland did it find its true alpha-dog on the floor. Irving’s preseason was better than expected, as we got to see him play where he was never able to with LeBron James around — point guard. He understands that stats aren’t enough here. He needs to win.

If Stevens isn’t considered among the top-three coaches in the NBA, well, there should be an investigation. What he’s done to squeeze more out of his players (see Thomas, Jae Crowder, Evan Turner, Kelly Olynyk, Avery Brady, etc.) is astounding. Well, this year’s roster is different — three superstars and four very good role players. It will be interesting to see how Stevens gets the “best” out of each of these individuals. Al Horford basically implied that Stevens opened his eyes about passing. Well, we’ll see if he can open the eyes of Irving and Gordon Hayward, among others.

If there was a semi-downer during four preseason games, it’s that we never really saw Hayward explode like he did so often with the Utah Jazz. He was definitely feeling out a new role as the No. 2 guy and was overly unselfish. Hayward is a special one-on-one scorer. He’s among a few dozen players in the NBA who can score with someone in his face. With Irving’s help, he could have several 30 points-plus performances, particularly in big games. Experts think the C’s got a Top 25 player in Hayward. The question is whether Hayward thinks so. It will be fun watching this process.

Horford looks like a kid looking at the Blizzard menu at Dairy Queen — wide, wide eyes. He wasn’t too comfortable for several months last season before figuring things out by March and April. Now it appears he will get more touches with Irving and Hayward. Even with only a year’s experience on the team, he’s an elder statesman and will be talking to his 11 new teammates a lot. Horford could have the best year of his career — at least that’s what he showed us in the preseason. If he can add just one rebound per game (from six to seven), it would mean a lot to the Celtics’ plan.

The student gets a crack at his teacher — or something like that. Tonight’s matchup is going to be awesome. Irving was tired of not only being second fiddle in Cleveland, he was done answering to LeBron. The breakup was uglier than has been reported. Irving wasn’t happy for at least a year. LeBron — who is basically the team’s president, GM and coach — tried to trade him to Phoenix a few months ago. They won a championship together, now any team that wants a shot at a championship will have to go through one of these guys. Great stuff.

Marcus Smart is a facilitator. That is not to be confused with a starter. He’ll be the first man off the bench and will give the Celtics a burst of energy with a touch of nastiness. Smart, because of his grit, particularly on defense, now has a role. The last few years he’s been a part-time defender, intimidator and scorer.

Now he doesn’t have to worry about scoring, or at least forcing the offense. He will be a protector on the floor and may be playing at the end of a lot of close games. He’s lost 20 pounds and appears to have a newfound commitment.

The Celtics were horrible in rebounding last year, 26th overall with 42 per game. That number is not so important, but defensive rebounding is key since it means keeping the opposition, particularly the best teams, off easy offensive boards. This won’t be a strength for the Celtics, but it can’t be as much of a weakness as it was last spring. Adding Aron Baynes (center) and Marcus Morris (forward) should help.

He was teacher’s pet last year. Only 20, Jaylen Brown was lauded, often, by coach Stevens, particularly for his defensive work, and he’ll basically be the one to cover LeBron during crunch time. (Good luck!) But we’re seeing more from the athletic, highlight-film Brown. His 3-pointer is evolving into a weapon — as is his pull-up, mid-range jumper. He will have an elevated role as a starter in Crowder’s old spot. He should blossom playing with three all-stars.

Jayson Tatum can play. He also is 19 years old and still very green. He had a decent preseason, which is to be expected. While the Celtics will try to add him to the mix, we probably won’t know until the first of the year what his place on this team is.

Going forward, he might be an all star-caliber athlete. He still needs to understand the team game (passing, picking and creating chances for others), but he’ll be watching and hopefully learning from a world-class guard (Irving) every day.

Congrats to the schedule-maker. While the Cavaliers and Celtics will get most of the headlines, the Celtics and Wizards rivalry still has some fire. The Wiz are probably — and firmly — third-best in the Eastern Conference, which means a date with the second-best team for the semifinals. The teams meet for the first time on Christmas, which is 37 games into the season. Then they play three more times, including the last game of the year. The focus will be on Cleveland, understandably, but for the Celtics, beating Washington will be almost as important.