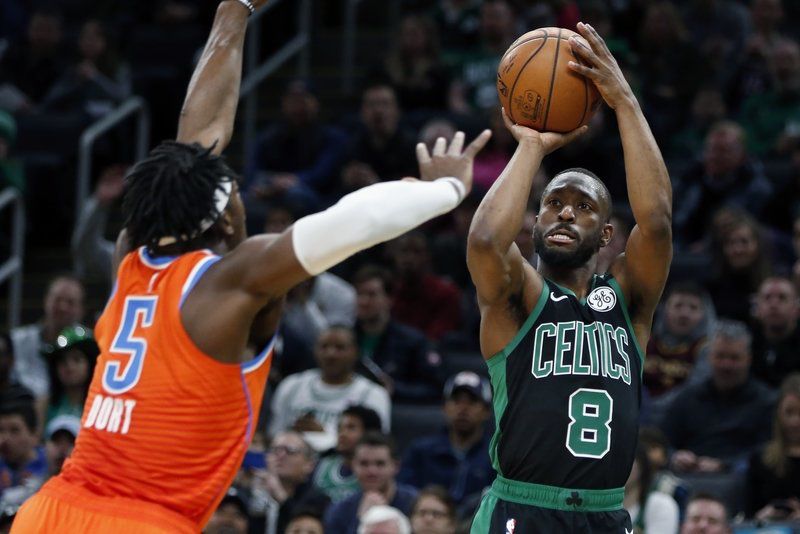 AP Photo/Michael DwyerBoston Celtics’ guard Kemba Walker hadn’t looked like his usual self on the court in recent games after returning from injury. Should the NBA return this season, the layoff could prove beneficial to both his health and his play. 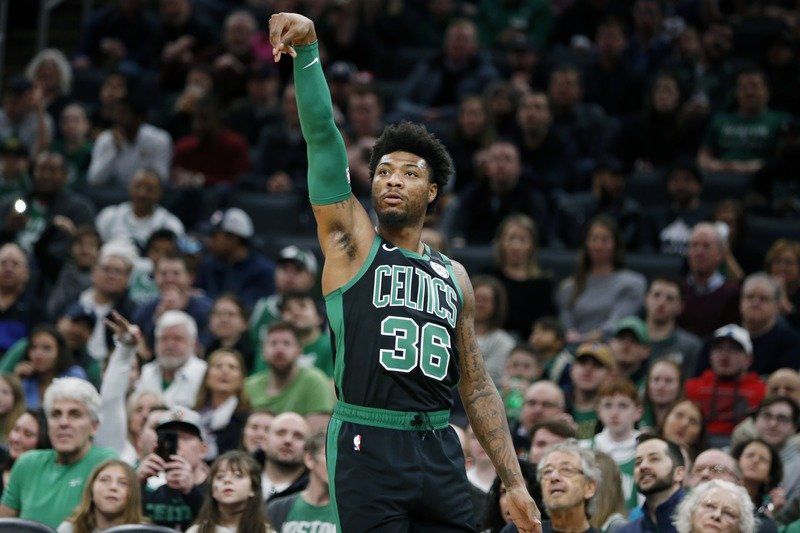 AP Photo/Michael DwyerCeltics’ guard Marcus Smart is the only player in Boston’s organization to test positive for COVID-19. It remains to be seen if he and his teammates will ever take the court again this season.

AP Photo/Michael DwyerBoston Celtics’ guard Kemba Walker hadn’t looked like his usual self on the court in recent games after returning from injury. Should the NBA return this season, the layoff could prove beneficial to both his health and his play.

AP Photo/Michael DwyerCeltics’ guard Marcus Smart is the only player in Boston’s organization to test positive for COVID-19. It remains to be seen if he and his teammates will ever take the court again this season.

That decision was made immediately after Utah Jazz center Rudy Gobert tested positive for COVID-19, and it set the precedent for fellow professional sports entities to follow suit in suspending play.

For basketball and other sports fans across the world, these past 13 or so days have felt more like a lifetime. People are resorting to old YouTube clips and recordings of games to fill the void, hoping that one day soon things will go back to normal.

Here in Massachusetts, Boston Celtics fans eagerly await the return of their beloved franchise — a group that was in the midst of one of its more intriguing campaigns in recent memory. Fiery guard Marcus Smart, who was the only member of the Celtics’ organization to test positive for the coronavirus, spoke publicly about his diagnosis and urged people to take the pandemic very seriously.

“The younger generation in our country MUST self distance,” Smart tweeted to his 248,000-plus followers while in self quarantine last week.

“This is not a joke. Not doing so is selfish. Together we can beat this, but we must beat it together by being apart for a short while. Much love!!”

While Smart and the slew of other COVID-19-positive NBA players continue to rest up and self isolate, healthy athletes are undoubtedly using this time to stay in shape in the confines of their own homes and ready themselves for an eventual return to action.

That begs the question: Could this necessary layoff prove beneficial for the Celtics when or if they take the court again this season? For a team that was visibly beat up and in a funk at this point in the year, it’s not far fetched to think so.

Prior to the league suspension on March 11, Boston (43-21) was just 6-6 over its last 12 games, had lost two of its last three, and sat three games back of Toronto (46-18) for the No. 2 spot in the Eastern Conference standings. Standout guard Kemba Walker had just played his fourth game since missing the previous six due to a knee injury sustained during NBA All-Star Weekend — and quite frankly, he hadn’t looked like himself.

Meanwhile, fellow starter Jaylen Brown missed the Celtics last four games due to a hamstring injury; Gordon Hayward had missed multiple games this season with ongoing foot discomfort, an injury that was becoming increasingly more concerning; reliable early season sparkplugs Enes Kanter and Brad Wanamaker had been disastrous no-shows in recent tilts and, with the exception of rising superstar Jayson Tatum, Boston was playing its most inconsistent basketball of the season.

The grind of an 82-game regular season certainly comes with its ups and downs, and injuries are always a part of the game. But for a group as talented and well coached as the Celtics, those downs should be few and far between.

Boston has 18 games remaining on its regular season schedule. Under its current status, the NBA will continue to be suspended through at least April 12, and likely longer.

If they do resume play at any point in the near future, it remains to be seen if Silver will opt to jump right to the playoffs or run a condensed regular season finish before doing so.

The other option, of course, is officially cancelling the remainder of the 2019-20 campaign. Should Boston and the rest of the association’s top contenders return to the hardwood this year, the lengthy layoff would give injured or ailing players an opportunity to get healthy.

And in the Celtics’ case, it would give them more of a chance at getting their “mojo” back as they make a push for Banner 18.